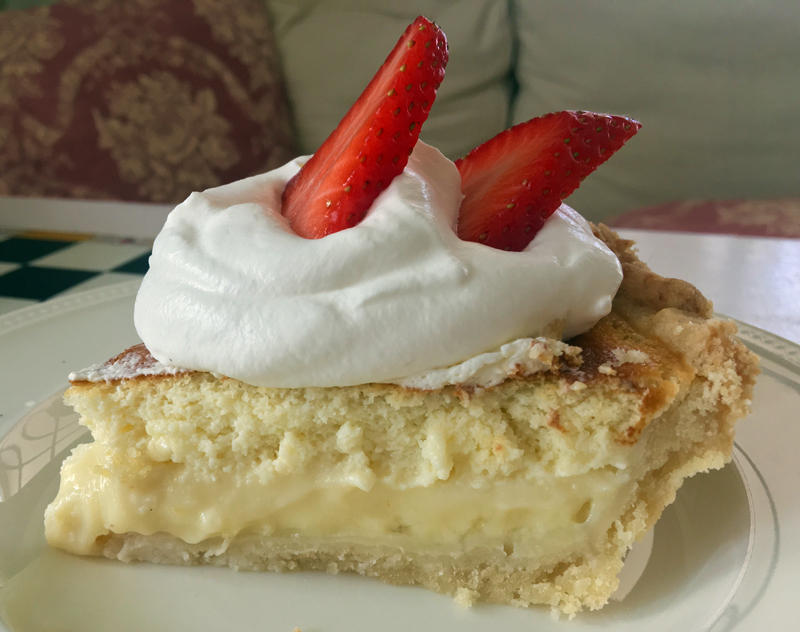 A piece of lemon sponge with a mound of whipped cream and a few slices of fresh strawberries is sublime. (Suzi Thayer photo)

I’ve been making it at least once a year for longer than I want to reveal. Let’s just say it’s been since I was 15, a few years ago, when I was a waitress at a little restaurant on a wharf in Cushing, down the road from my family cottage.

I know I’ve told you this before, so if you’re sitting there rolling your eyes, going, “OMG – THIS story again?” you can just skip over this part. But in case you’ve forgotten, Our Place was owned by lobsterman John Olson and his wife, Betty. I worked there for two summers before I got fired. (Betty didn’t like me. Don’t ask me why. I honestly don’t know.)

Anyway, I used to walk down the dirt road that passed by the Olson House where Christina, who was John’s aunt, was usually sitting by the kitchen window. She always waved when I went by, and I often stopped to say hi.

I’d continue down the road, usually barefoot and carrying my sneakers, to the restaurant on the wharf, where Betty would be in the kitchen cooking, and her friend Barbara Stimpson would be making pies.

Barbara hailed from England and moved to Cushing when she married her husband, Roland, a lobsterman who grew up there. Her pies were, well, sublime. All of them: custard, chocolate cream, butterscotch cream, blueberry, and my all-time favorite, lemon sponge. It’s creamy at the bottom and light and cake-y at the top. It’s really totally ridiculous.

So Barbara made killer pies and Betty boiled killer lobsters and fried killer clams. The best thing about the lobsters at Our Place was that they came from the lobstermen who tied up at the wharf the restaurant sat on to unload their catch.

The lobsters were kicking and screaming as they were brought from the wharf to the pot. Maybe that’s why I’ve never been able to murder a lobster. If I don’t have someone to throw them into the boiling water, I don’t eat lobster. And have you ever seen how baked stuffed lobster is prepared? I can’t even go there. 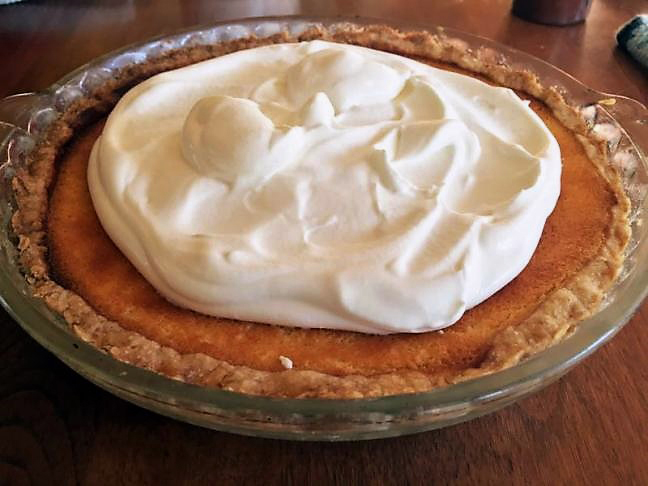 If I had to kill a pig to get pork, I wouldn’t eat pork.

I’ve told you before and I’ll tell you again: I’m a hypocrite.

Luckily lemons don’t breathe, either air or water, and they don’t have eyes. I have no problem cutting a lemon.

Anyway. Betty’s fried clams were as good as fried clams get. Andrew Wyeth, who painted “Christina’s World,” was a regular at Our Place. He’d paint up the road at Christina and Alvaro’s old farmhouse and then wander down for some fried clams and pie. His wife, Betsy, often came too.

One day she came with a friend whom she had told about Betty’s famous fried clams, and they were both looking forward to a platter full. I was the poor downtrodden messenger who had to tell them we were out. Happily we had plenty of lemon sponge pie and fresh whipped cream.

Funny the things we remember.

I made a lemon sponge pie yesterday. Every time I take that first bite, with whipped cream, I practically swoon.

Barbara always made her famous pie crust for her famous pies, and I do too. I’ve shared that recipe before, but it’s short and sweet so I’ll share it again. It’s simple, made right in the pie plate, and it, like the whole lemon sponge pie, is sublime.

Light but rich, it resembles crumbly shortbread. The combination of her crusts and fillings, topped with mounds of freshly whipped cream, is irresistible. 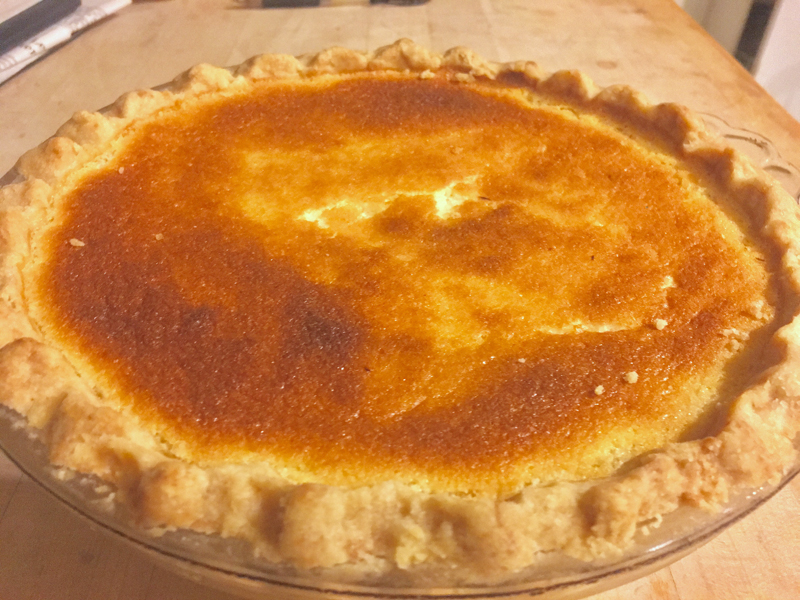 Mix flour and sugar. Combine with butter. Beat in egg yolks, then lemon juice. Add milk slowly, beating constantly. Beat egg whites till soft peaks form. Fold in gently. Pour into crust and bake 15 minutes at 425, turn oven down to 325 and bake around 25 minutes. The top should be light golden brown, and the filling shouldn’t jiggle.

Whip up some heavy cream with a little sugar and a teaspoon vanilla. Throw that on top, after pie cools (duh).

Be prepared. If you like lemon, you’re going to love this pie.