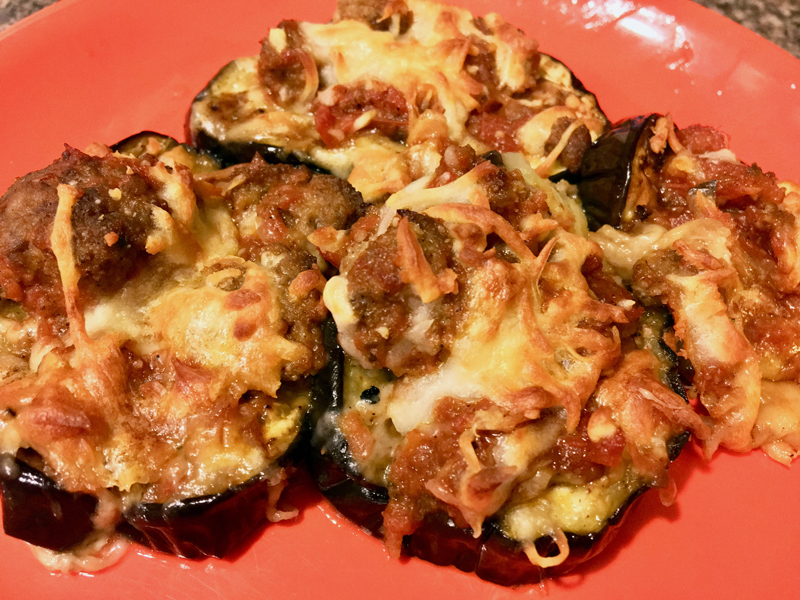 Last week I had a cocktail with Trish L’Heureux, the owner of the soon-to-open Chickadee Flea shop in Damariscotta.

She told me she and her husband, Paul, are doing the keto diet. I hate diets, but with all the delicious fattening food I’ve been cooking (and eating) for this column, I’m on the verge of going up a size in jeans, and I’d rather not. I have, like, 16 pairs.

The more Trish talked about the diet, while sipping a Manhattan 🙂 the more interested I became. It sounded doable. Kind of.

Keto comes from the word ketones, which are little fuel molecules. They’re an alternative fuel source for the body when glucose is at a minimum, and they’re produced when you eat very few carbs and moderate amounts of protein.

On the keto diet, your body switches its fuel supply to run mostly on fat. And guess what? You can eat a lot of fatty stuff. It’s a low-carb, high-fat diet. Apparently, on the keto diet, fat is your friend. Hello fat, goodbye carbs.

I decided I’d try it for a few days, at which time I’d reassess. 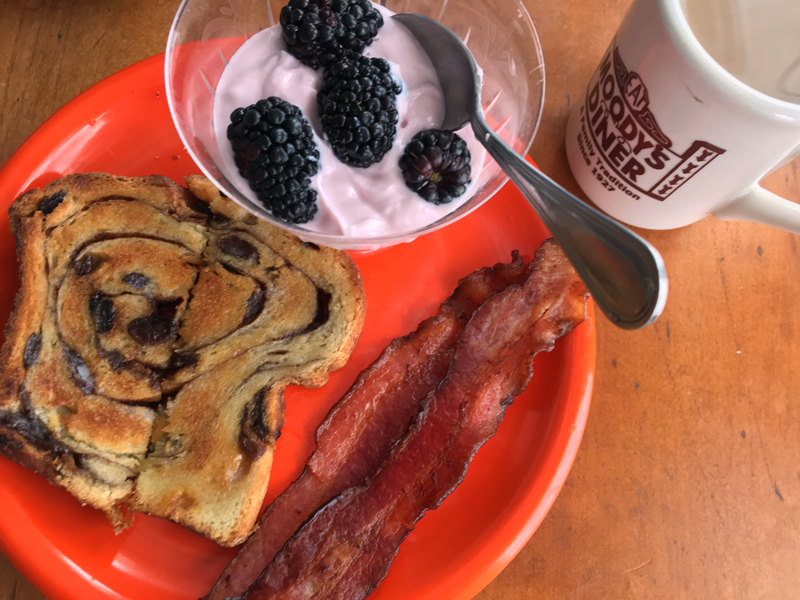 I can live without a lot of sugar. But no carbs? Oh man. It would mean no cake, no pie, no delectable pastries, no biscuits, no pancakes, no pizza, no pasta, no potatoes, no rice, no deep-fried haddock, and possibly the worst: no bread. Ugh.

It would mean no sandwiches, and no toast with breakfast. Not even any cereal for breakfast. I love shredded wheat with frozen blueberries and milk. Have you ever thrown a handful of frozen blues in the bottom of your cereal bowl? The milk stays ice-cold. 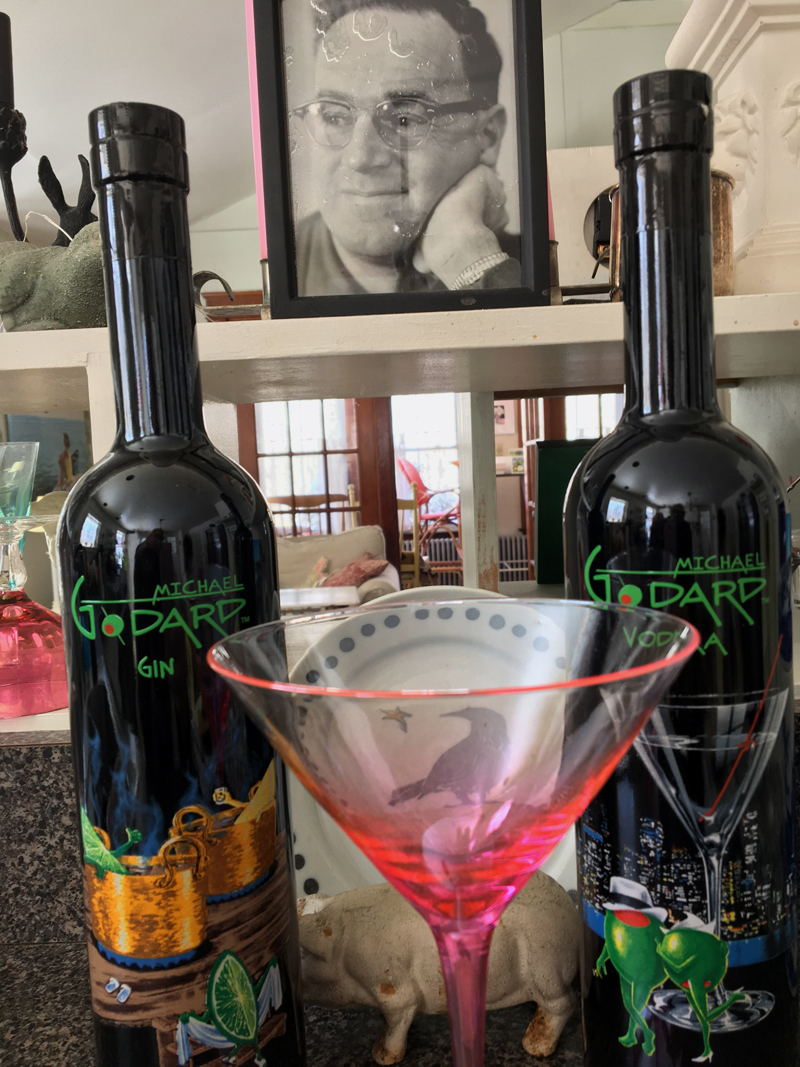 Some cool, artful bottles of gin and vodka that I had to have, for the bottles, if not the booze. (Suzi Thayer photo)

Wait. Milk? That’s not on the keto diet either. But if you have to have milk, and I do, high-fat, whole milk is the best choice. Low-fat milk and other products have a higher sugar content. Sugar converts into carbs. Sugar is not your friend.

And, of course, veggies are your friends. And more good news: You can slather them with butter or fry or roast them with all the olive oil you want.

So the day I decided to try the diet, I remembered I had thawed some red sauce with meatballs that I’d made a few weeks before. I can’t stand waste, so I was thinking I’d hold off on the diet for a day. I couldn’t throw the sauce and balls away, and it called for pasta beneath it.

Then I had a brainstorm. Eggplant is a keto dieter’s friend. I love eggplant, and I love eggplant Parmesan. Who needs fattening pasta ridden with those unfriendly carbs when you can have roasted eggplant with olive oil and Parmesan and mozzarella cheese, and you might be able to button your jeans in a few days? Or a week? Or a month?

I made a version of eggplant parm, and it was delectable. The sauce I had made, with meatballs containing breadcrumbs, wasn’t exactly a keto friend, but I figured that with using eggplant instead of pasta I was good.

First, get all your mises en place: a Manhattan (whiskey contains 0 carbs :-); an eggplant or two (duh); tomato sauce (use whatever kind you like or make your own); olive oil; and Parmesan and mozzarella cheese.

Slice the eggplant into around 1/2-inch rounds, and please leave the skin on. It’s tender and it contains fiber. I have no idea why some people waste time and fiber peeling eggplant.

Drizzle olive oil onto a baking pan, place the eggplant slices on it in a single layer, and drizzle with a little more olive oil. Sprinkle some salt on top and roast at 400 for around 10 minutes, or until it starts turning golden-brown on top. (Roasting any veggie makes it sweeter.)

Put a layer of the roasted eggplant in a baking pan, spread a thin layer of sauce over it, and sprinkle with a light layer of Parm. Repeat for two or three layers. Throw some shredded mozzarella over the top and bake at 350 for 20 minutes, or until the top is light golden-brown.

Simple, healthful, delicious, and almost, but not quite, keto-friendly. 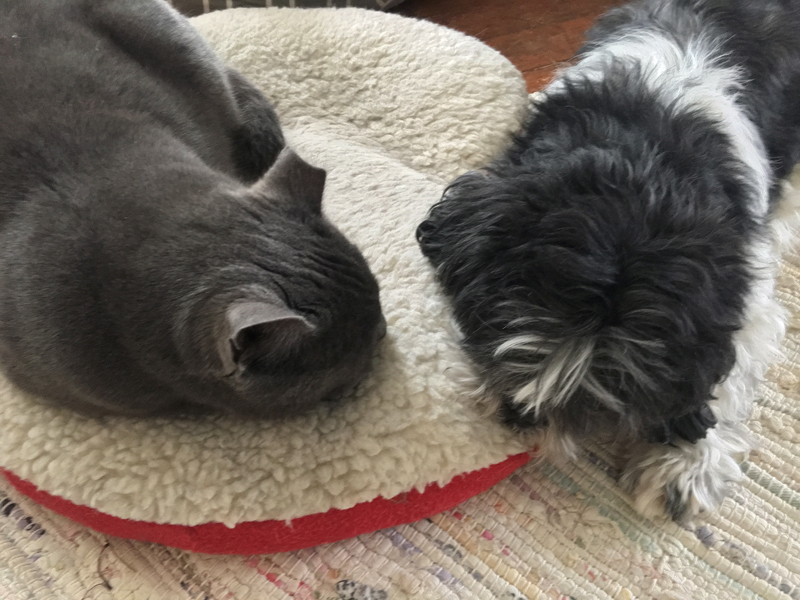 Finally, a word of caution: Do not watch “The Great British Baking Show” if you’re having trouble buttoning your jeans, unless you’re a masochist.

OK, I’m off to Mediterranean Kitchen for the best Italian sandwich in the world. Some things are my friends, carbs or no carbs.

P.S. If you make this eggplant Parm, please don’t go overboard with the cheeses. Why people drown good food in cheese is beyond me. If you feel the need to use a ton of cheese, just throw that into a pan and bake it.

P.P.S. I made some pink butter. Why pink? I had some red food coloring in the pantry.