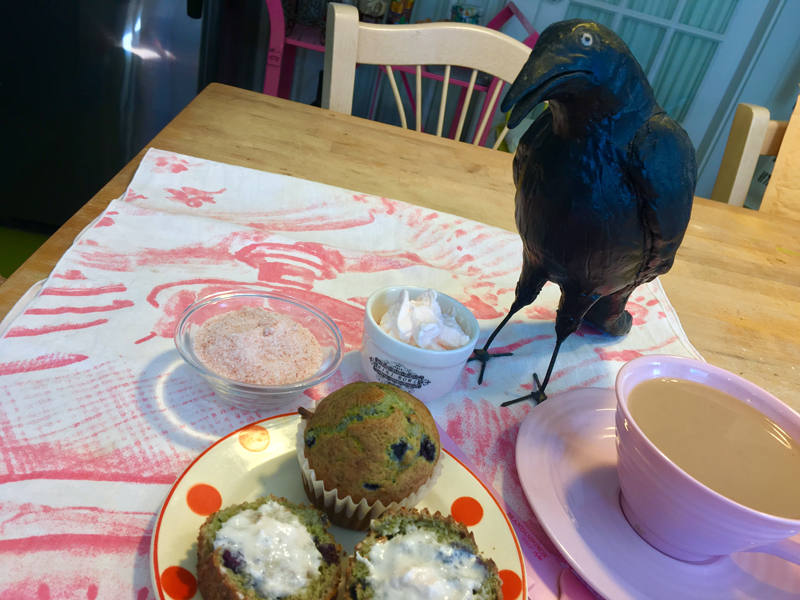 “For many families in Maine, it’s a rite of passage – a tradition that is passed down through generations that comes to define summer in a region that holds the season itself and its bounty dear.” That’s a quote about picking blueberries from the wildblueberries.com website.

We used to steal blueberries from a huge field, a five-minute walk through the woods, that overlooks the St. George River. My mother has been pilfering berries from that field since she was a kid. It’s owned by family friends who have since begun selling their berries to a company that brings pickers in to harvest them.

We were still welcome to pick a measly few thousand blueberries until a couple summers ago, when there was a rift between a couple members of our families. It involved yours truly. I won’t get into the gory details here, but hit me up sometime at the grocery store and I’ll tell you all about it. 🙂

On the off chance you don’t know this, and you care, wild Maine blueberries don’t grow every year, but every other year. Both wild and cultivated berries grow all over the world, but according to umaine.edu, Maine is the largest producer. 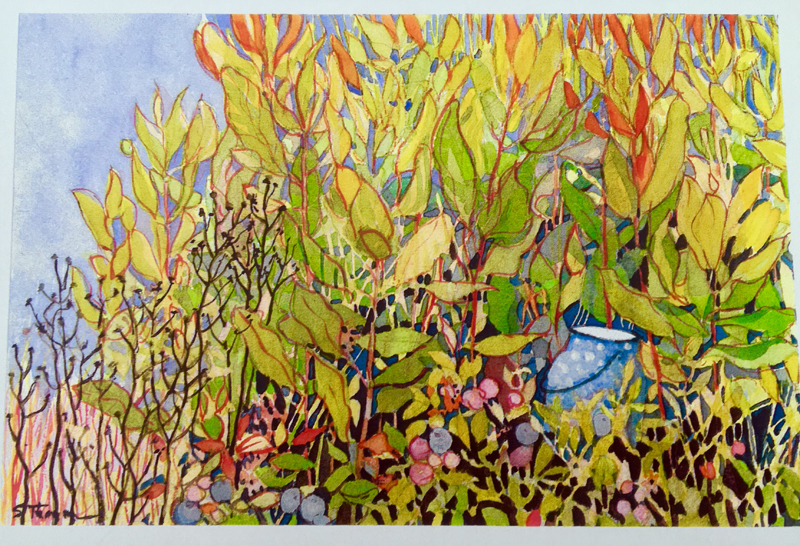 Now that I’ve been banned from the field, I buy Wyman’s frozen blueberries year-round. They’re the small-ish wild Maine berries, as opposed to those big fat ones that are imported from who knows where.

Anyway. You’ve had blueberry muffins, right? And we’ve all had banana bread. But have you ever combined the two and made blueberry banana muffins?

I don’t think my mother had until one morning at the cottage when she was craving something delicious for breakfast and she noticed two half-rotten bananas in the old wood bowl next to the door. OK, they weren’t exactly half-rotten, but they were well on their way. That is, of course, the time you want to use them for banana bread. Perfectly ripe bananas don’t cut it. You want some soft brown spots.

Plus my mother hated to waste food. If it was edible, we ate it. I’m the same way. Nothing goes into the trash until it’s half-dead. As long as it doesn’t smell half-dead, I’m good. 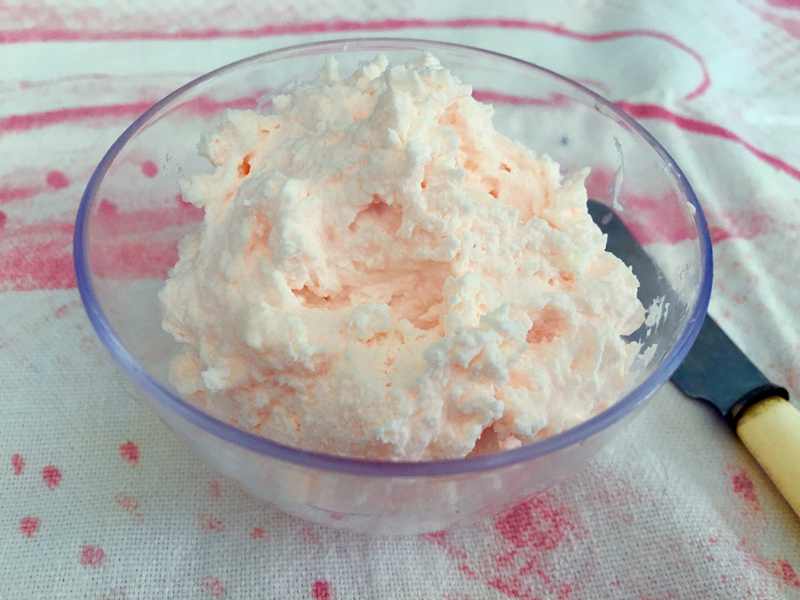 OK, so once my mother got banana bread into her head that morning, she also noticed our favorite old metal container, that we always used to pick blueberries, was half-full, left over from the blueberry pie we’d had the day before.

For the blueberry banana muffins, you just take a good banana bread recipe and throw in some blueberries. My recipe for banana bread is a great one: simple, and light and fluffy – kind of like me.

Of course, when I Googled blueberry banana muffins, they were all over the place. But I like to think they were born in that little 100-year-old cottage on the St. George River. 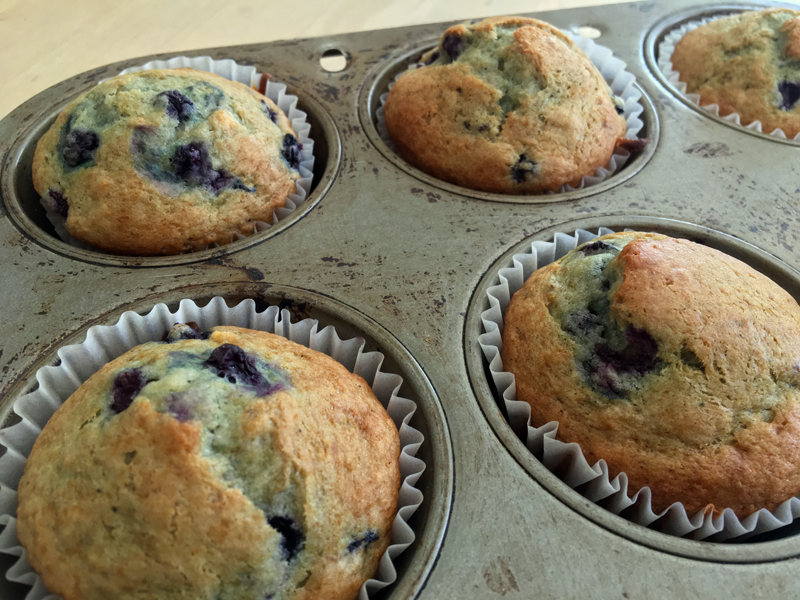 Of course, whenever I make them I picture Mum making them in that kitchen, or me making them with her, asking if I’m done with each ingredient or cooking tool so she can wash it or put it away. Immediately. I’m a messy baker. She wasn’t. And she always did everything with a smile, and/or a funny quip.

Make blueberry banana muffins in the morning so you can sip coffee while they’re baking. That aroma will make the whole experience more memorable.

If you don’t eat the whole dozen in one sitting, stick them in a freezer bag and throw them in the freezer. Then cut in half and toast. Slather with plain old or whipped pink butter. Eat the top first. Save the best for last. I also sprinkle a little pinch of salt, pink or white, on top. Sweet and savory. 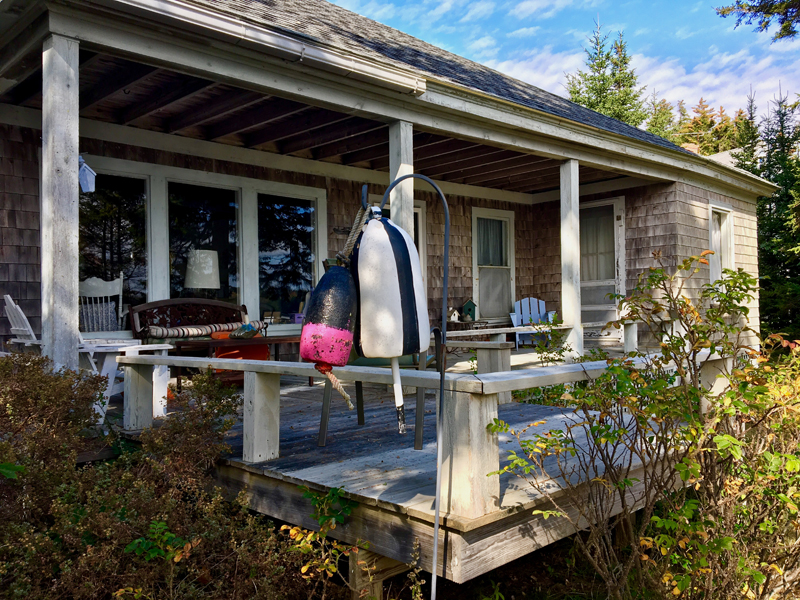 Whipped pink butter: Dump a half-pint heavy cream into a jar at least twice the size. Add a pinch of (pink) 🙂 salt (I add a generous pinch because I’m a salt freak) and a pinch of sugar. And a tiny dab of red food color. You can always add more, but a tiny dab should do. Shake it like mad till it turns into whipped butter.

P.S. I throw a handful of frozen blues into a bowl of cereal, preferably shredded wheat – the big old-fashioned biscuits, not those mini sweetened things – or plain, unsweetened Cheerios.

Put the frozen blues in the bowl with a teaspoon of sugar, and top with cereal and milk. The milk stays ice-cold! I used to put an ice cube in my bowl of cereal, which also kept the milk ice-cold, but it melted and watered down the milk. This blueberry thing is the perfect solution, and it’s healthy. Hello.