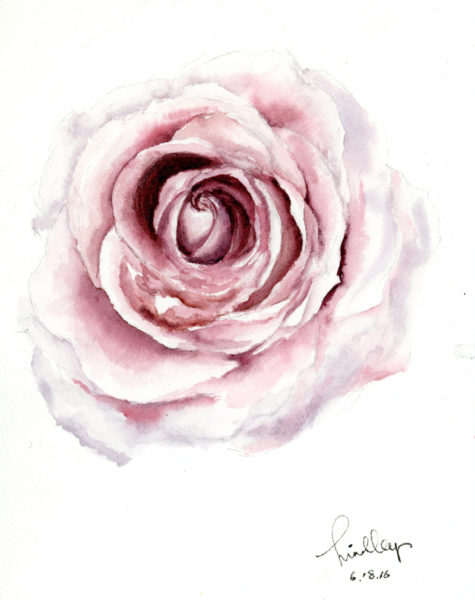 Hi, my name is Hindley Wang. My first name is pronounced with a short “i” and a somewhat silent “d.” I am a 19-year-old student at Lincoln Academy in Newcastle. I am originally from Shanghai, China, and my original name is Wenjia Wang. I have lived in Newcastle for three years. I live in a dorm room with little natural light but a lot of string lights and a gigantic palm-leaf tapestry on the wall. I like to call myself an artsy individual, because I paint, decorate, play and listen to jazz, and write, but I am still trying to live up to the standard of a “real artist,” whatever that means.

Some common reactions in the U.S. to my name, Hindley, after I introduce myself, have been a hard time pronouncing and/or making sense of it or “Oh, beautiful! That sounds Chinese!” Well, no, not really. It is not Chinese and I don’t have any special meanings behind that name. It is from a dusty old Oxford English Dictionary that I picked out from my dad’s not-so-abundant book collection when I was 10.

Early on, when I first started my English language education, I was given an English name by my grade-school English teacher. Thus, I became Judy when I was five. In China, all English teachers during my school years held the belief that one had to pick an English name to mark the start of one’s English language exploration. Because Chinese names are hard to pronounce for English speakers, and for the sake of better communication in the future, we had to get our names Americanized. So in first grade, girls were mostly named Mary, May, Jenny, Jane, and Angela, while boys were mostly named Tom, Jason, Jack, Tony and Peter — mainly nothing with more than six letters.

“Judy” was a chill name. Girls named Judy didn’t do anything stupid like kids named Tom or May in our English textbook, which would usually make the Tom or May in our classroom really embarrassed. But I knew I didn’t like to be Judy so much. I don’t think I looked like a Judy then, nor do I look like a Judy now. I thought that a name that starts with “H” would be different for a girl, so I went to “H” in that old dictionary, went through all the Chinese transliterations for names that started with “H,” and placed my finger on “Hindley” because I thought it sounded and looked the nicest.

What is the deal with names? Some may say that some people just have the faces of certain names, based on the common association of qualities to names. Some say that a name defines who one is.

All I know is that bad names may have a stronger effect on a person than good ones. Lame names follow you, until everything you do is somewhat stained with your guilt for your own stupidity in picking that name. For example, I named my Etsy shop in two minutes last year, because I was so excited to set up the shop. So I named it “colorsofthedress” because it is a fashion-illustration print shop. The name is unalterable, though I would very much like to change it now.

Having a new name is like a reinvention. “Hindley” is so uncommon that I get to shape the name however I need to in the same way I have developed my character and qualities for the past five years.

I had the choice of changing my name again when I came to the U.S. three years ago. But despite all the difficulties for me to introduce myself crisply and for people to remember it, I have grown into Hindley, and I don’t want to change it again.

If you were to have the chance of renaming yourself, what would it be?

(Hindley Wang is a senior at Lincoln Academy in Newcastle. Originally from Shanghai, China, she currently lives in residential housing at the school.)