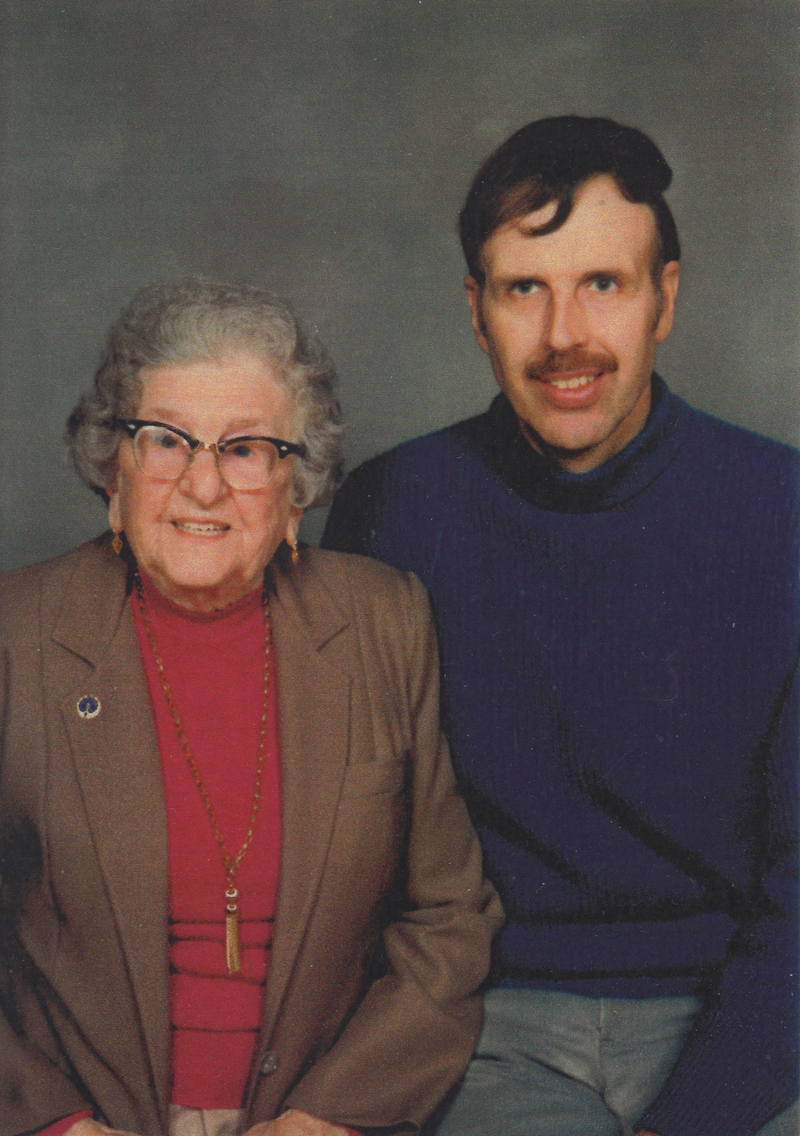 “Candle Pin Bowling Helps Put A Town on Map”: That was the headline in the LCN on Oct. 30, 1948 for what was once Damariscotta’s No. 1 pastime. The Bowlakade is the answer to last week’s history mystery.

This venture was made possible by two well-known businessmen, Dr. Neil Parsons and Gordon Vannah. They had just completed the Professional Block on Main Street in August 1948. The First National Super Market and the post office were first to open, with Waltz Drug Store and apartments soon to follow. Arthur Larson was hired by Doc and Gordon as manager of the bowling operation. The entrance door is still there, between the Underground and Damariscotta Center.

This was a very new and exciting activity for everyone from miles around. Bowlers came out of the woods and villages to participate in the rollicking fun. Harold Castner was honored with the first roll and, just two months after the doors were open, leagues were formed and the competitions began.

There were two leagues, National and American, and each league had several teams, with names like Shoemen, Oil Ranges, and Pin Killers for the men and Sugar Bowlers, Whiz Bangs, and Barb Wires for the ladies. Now, looking at the roster of bowlers on these teams, it’s pretty obvious that the team names and members were connected. Of course N. Sprague and K. Colby bowled for the Oil Ranges, just as L. Leighton was a bowler for the Little Shavers!

The games were fierce, with lots of good-natured rivalry and pin-toppling didoes that kept the crowd’s eyes riveted to the lanes. Spectators watched from behind the lanes and along the side to cheer on their favorite teams.

When the spectators weren’t oohing and aahing over the matches they were gobbling up delights from Arthur and Mary Larson’s snack bar, which was open 24 hours a day back then. Imagine that! It might be said that this is where Larson’s world-renowned American chop suey was introduced to the hungry throngs!

Bowlakade was candlepin bowling with six lanes. The wooden pins were set up by pin boys, as there was no automated pin setter. Lee Parsons, Doc Parsons’ son, was privileged to be one of those indispensable youngsters. He recalls the banged-up pins being removed from play and taken out back to the workshop to be smoothed on the lathe. This could be done about three times before the pins were tossed in a box and Lee would take them home for firewood! There were also a few pinball machines and games for the kids, but it seems at first the Bowlakade was mostly adult entertainment.

In the spring of 1961 the Bowlakade came under new management, with Del and Will Pierce now running the show. They advertised new balls and plastic pins to attract their customers and in 1963 a new pin setter was installed. I think this may be about the time Arthur moved on from the snack bar to tend to his very successful Larson’s Lunch Box, which opened in 1962. The snack bar changed hands in 1965, with the new managers being Mrs. Landy Elwell and Mrs. Gladys Gifford.

These transitions may also have been the beginning of the Bowlakade’s gradual decline. As always, time has a way of redirecting our interests and way of thinking. Even though the bowling alley had many years of success, I think it was feeling the sting of the James Dean effect.

The new crowd was often dressed in leather jackets and motorcycle boots. These rebels without a cause were beginning to give the bowling alley a tough guy image that scared some people off. There are no recollections of brawls or elicit activities, however, there may have been some teasing from the older guys and there certainly was a lot of cigarette smoking!

Bob Page remembers, as a young whippersnapper, collecting bottles to cash in for the 35 cents or so needed to bowl a round! He was from time to time the target of a bit of acting up by the tough boys, but says there was never a feeling of being unsafe at the establishment. Bowlakade management changed again in December 1965, with Lloyd Linscott at the helm.

In 1967 the Bowlakade was no longer and the alleys were removed to make room for pool tables, pinball machines, and slot cars. The new manager was Robert Shaw, a very keen pool player himself, who renamed the establishment the Damariscotta Amusement Center. High school boys and young adult males seemed to be the clientele. It provided a place to hang out, as there wasn’t anyplace else at that time.

I never went down to the bowling alley, but I remember scooching down by the side of the building where the post office is now. You could look into the low windows and see the pin machines setting up the balls. Outside, the boys would be leaning up against the building by the entrance, smoking their cigarettes and taking in the downtown scene. The girls often crossed the street to avoid walking past them, lest they be the recipient of a wolf whistle or sideways glance!

All recollections I’ve received of this fascinating place have been of fun and happy times. Despite being perhaps a victim of the times, the Bowlakade and its many morphs will be fondly remembered. It was a joyous relief from a terrible war in the late ’40s and continued to give young men a sense of camaraderie in the ’50s and ’60s. Its element of corruption of youth seems to be unfounded and reminds me of a line from that 1957 smash hit show “The Music Man”: “Ya got trouble … That starts with T and rhymes with P and that stands for POOL!”

Recollections: Jon McKane tells me that the bowling alley floor became the bar top at Northey Square. Someone please check this out!

Mac Ray says one of his woodworker friends has a piece of it for his workbench!

John Reny says those dents in the ceiling above the cleaning supplies at Renys Underground are pokes from old cue sticks and it looks like a few bowling balls too!

Stuart Mahan recalls how much fun it was trying to knock down the pin boys! Honestly Stuart!

Let’s see how many recognize this mother-and-son photo. Hint: Blue.

Send answers, questions, comments, and corrections to damahistsoc@gmail.com or 380-6090.