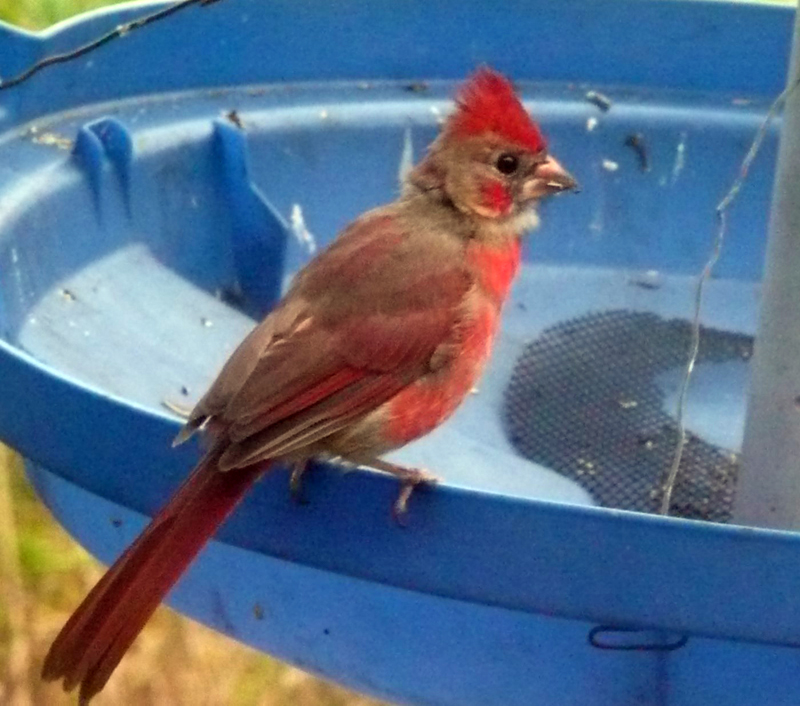 As I started cooking supper, I spotted three young raccoons in the wild black cherry tree by the marsh below my house. I sometimes hear ‘coon voices in the night as they hunt the marsh and brook for food.

Adults are solitary except in breeding season; so, when they cross paths while hunting, they may whine and chrrr as they quarrel. Their aggressive whine is the opposite of dogs. It starts low and rises in pitch and ferocity. When they are really mad, they make a ferocious, snorty bark. Angry combatants, make all three noises at once. Brings me wide awake, if my bedroom window is open.

They look so cute and roly-poly and fuzzy, but don’t be misled by appearances. Under the fur, which is not at all soft, their bodies are as cuddly as car tires. Solid muscle and bone, driven by a creative, hyperactive, and determined brain. At maybe 6 to 8 lbs., these adolescent ‘coons were gamboling through the branches like overgrown squirrels. Even at, about 3 months old, they seemed to have intuitive knowledge of how thin a twig they could hang from to reach cherries on a branch below. 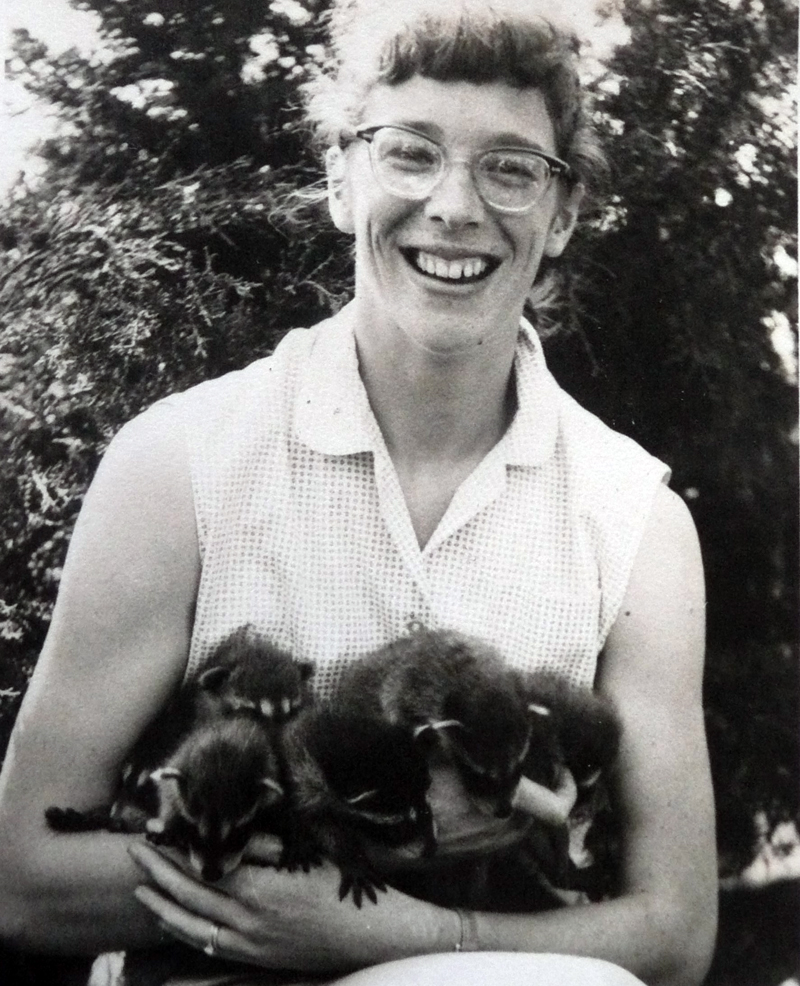 Thoughts of my supper evaporated as I pressed my nose against the window sending eye-vibes to keep them from falling. They reached with clever five-fingered paws to bring the fruit to their mouths. When two walked toward each other on a branch less than 3-inches wide, I held my breath, wondering how they would decide which would turn and go back. They didn’t! Somehow they passed each other on that narrow branch without falling. Even if they fell, their little bodies are so strong; and they were not much more than 15 feet above the soft slope, well vegetated with bushes and long grass.

As dusk fell, one climbed down the tree headfirst (their hind legs can twist so that claws grasp wood). Maybe mama was calling. She cares for them into late fall. The two in the tree still gobbled cherries, so the third came back up for a few more.

My relationship with raccoons goes way back. Earning my graduate studies in wildlife management, I worked for the Illinois Natural History Survey. One of my assignments was to raise seven infant ‘coons. They are notoriously hard to raise, because they inhale their milk substitute, leading to pneumonia. I was provided with doll nursing bottles and special milk powder. I don’t remember my score, but I succeeded in raising several past weaning age.

If you are ever tempted to raise a young ‘coon there are many reasons not to. The first is that, unless you find the body of the dead mother, she may be hidden, watching in extreme fear as you approach her baby. In Maine, it is illegal to keep a raccoon in captivity without a permit. It is a very bad idea to offer food to ‘coons or any wild animal. They lose some of their very healthy and useful fear of people. Which comes back on us, as they move into outbuildings, ransack gardens and carry diseases like rabies. Just don’t try it. There are several rehabilitation organizations that will care for orphans, and try to re-condition them to the wild.

As far as the permit is concerned, it requires fencing that will contain a ‘coon. No easy construction! As they mature, ‘coons claim high status in the household. One of the little ones I raised had a passion for playing in the sink. She considered punishment a declaration of war, and her tiny teeth hurt! The fly swatter kept her out of the sink until she climbed up the back of the stove, hopped into the sink and played happily in a greasy fry pan. My job was clearly done, and she went back to the university cages with the other survivors.

My Illinois job included feeding captive ‘coons. One, donated by a “rescuer” who got tired of being bitten, waited patiently up on the little porch in his cage while I filled his food dish. Until the day he dove, lightening-strike fast on my hand and bit – hard. Please, no “pet” raccoons!

A little postscript about adolescent cardinals around my feeder: The males have “attitude” like adolescents of many species. But their attire does not match their arrogance. They can’t hear me laughing at them.