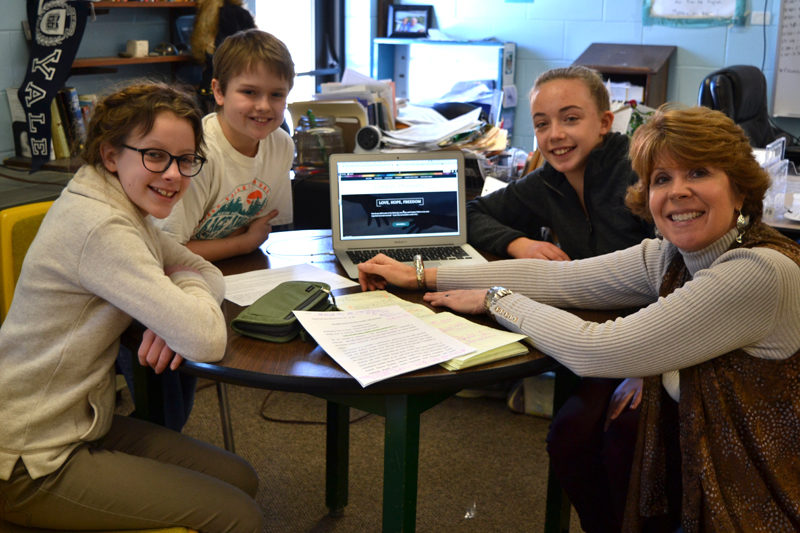 GSB raises the bar: I recently heard about the GSB Online Gallery of Arts and Literature, a new website for artists of all kinds at Great Salt Bay Community School in Damariscotta. Its mission, as stated on the site, is “to provide a performance platform for the GSB learning community. Writers, artists, musicians, and performers work hard on their craft and greatly benefit from sharing before an audience. This online gallery is a collection of ‘personal best’ performances and just a snapshot of the collective talent contained within the walls of GSB.”

In addition to featuring student work, which includes video production, the online gallery also features work by school staff and GSB alumni. One of the featured alumni is photographer Michael Sevon, who is also a janitor at GSB. Sevon’s nature photography is nothing short of stunning.

The attractive website is the brainchild of GSB seventh- and eighth-grade writing teacher Anne Plummer, who constructed the site in December of last year. I sat down with Plummer and several of the students involved with the website recently to chat about it.

Plummer explained that she got the idea to create an online gallery while researching online art contests for her husband, artist Keith Plummer. “It opened up a whole world of things I never knew – when you are judged by an outside group who has never seen your work, it’s very powerful,” she said.

That said, while providing an audience for artists’ work, the GSB online gallery is not intended to pass harsh judgment on participants’ artwork, but rather to provide feedback for the encouragement of the various artists represented.

Well-known local actor Andrew Lyndaker, who is 12 years old, was on hand to talk about the writing he posts regularly on the GSB Online Gallery of Arts and Literature, as were fellow 12-year-old artists Caitlin Cass and Marina McManus. All three are clearly enthusiastic about the opportunities offered by the new website, agreeing in unison that “it’s fun!”

“It’s really cool to have a place for people’s art and it’s really fun to ask what people think about art around school,” said Caitlin, who is the site’s designated reporter, responsible for conducting interviews at the school. Her “Spotlight Artist” interview with Andrew is currently featured on the website.

For his part, Andrew, who writes short stories, said, “I love to write. I always have since I was young. I have never been able to write a book, but writing short stories motivates me.”

Marina, who moved to Maine last August from Ohio, is thrilled with the GSB Online Gallery of Arts and Literature, and with GSB in general. “There is so much art here!” she said.

The GSB Online Gallery of Arts and Literature is currently seeking artwork for its Black History Month Poster Exhibit. The deadline for submissions is Tuesday, Feb. 14.

The GSB Online Gallery of Arts and Literature is online at gsbshowcase.wordpress.com. 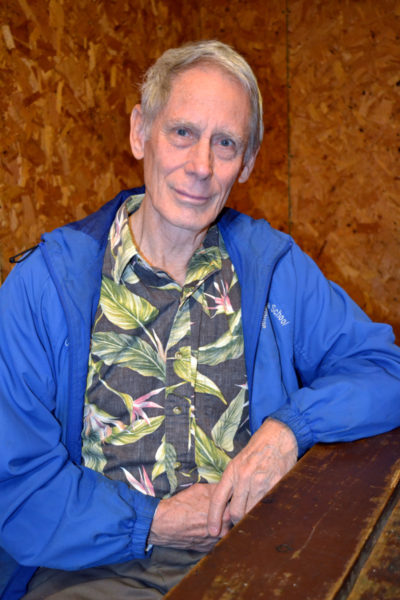 Maine-Hawaii connection: One has to fly about 5,000 miles to get from Maine to Hawaii, the relatively far-flung U.S. state located in the Pacific Ocean. I happen to have family on the Hawaiian island of Oahu, so it was interesting to me to meet Jefferson author Jon Olsen, who wrote the 2014 Goose River Press book titled “Liberate Hawai’i: Renouncing and Defying the Continuing Fraudulent U.S. Claim to the Sovereignty of Hawai’i.” Olsen, who also makes and sells Tropical Maine maple-and-passion-fruit syrup locally, lived in Hawaii for 36 years before returning to Maine.

Olsen’s book painstakingly makes the case that the state of Hawaii “cannot be considered a legally bona fide state of the United States,” as the late economist and Duke University professor Thomas Naylor put it, a claim that a growing number of native Hawaiians would certainly agree with. Interestingly, a number of people with strong Maine connections pop up in the book, including James Blaine, who represented Maine in the U.S. House of Representatives from 1876-1881, and Sanford B. Dole, who served as Hawaii’s first territorial governor.

“Hawaii didn’t disappear as a country any more than Japan did as a country” during the allied occupation of Japan at the end of World War II, said Olsen.

I reached out to Dr. Keanu Sai, who lives in Hilo and has a doctorate in political science specializing in Hawaiian constitutionalism and international relations, for comments about Olsen’s book. Olsen had mentioned Sai, who is at the forefront of the Hawaiian sovereignty movement, as having encouraged his work.

“Aloha, Christine,” Sai wrote in a recent email. “I am familiar with Jon’s work. The situation in Hawai’i is not only an untold story, but a story that was deliberately concealed through revisionist history. Jon’s work helps to arrest revisionist history by explaining what really took place in the islands.

“The facts are hard-hitting, but they are real and we need to begin to normalize the conversation by speaking to the issues as they are and not what I want to believe them to be. As Dresden James wrote, ‘When a well-packaged web of lies has been sold gradually to the masses over generations, the truth will seem utterly preposterous, and its speaker a raving lunatic.’”

Learn more about Sai and the Hawaiian sovereignty movement at www2.hawaii.edu/~anu. Olsen’s book is available at amazon.com and at Sherman’s Maine Coast Book Shop in Damariscotta.