Welcome to a brand-new year and a brand-new column, Lincoln County Artsbeat. In this weekly column, I intend to report on arts happenings of all sorts, from visual-art exhibitions to live music and theater to noteworthy films, readings, and more. School plays and concerts and other arts-related school activities will be covered in this column as well. Expect to read about upcoming events of interest as well as short reviews of events that have already happened. Mini-interviews with interesting arts-involved people will periodically appear, too.

I touched bases recently with several arts-minded movers and shakers to see what they are looking forward to bringing to Lincoln County audiences in 2017:

Andrew Fenniman, executive director of Lincoln Theater, 2 Theater St., Damariscotta: In addition to the top-notch fare that Lincoln Theater audiences have become accustomed to – first-run film screenings and screenings of broadcasts from The Metropolitan Opera, The Bolshoi Ballet, and the National Theatre – “for the first time, the globally renowned TED Talks will be streamed to the theater,” said Fenniman. “The theater will also screen a series of art exhibitions from some of the world’s greatest museums. In February, in partnership with the Damariscotta River Association, for the first time, the DRA’s Wild & Scenic Film Festival will take place at the theater.” 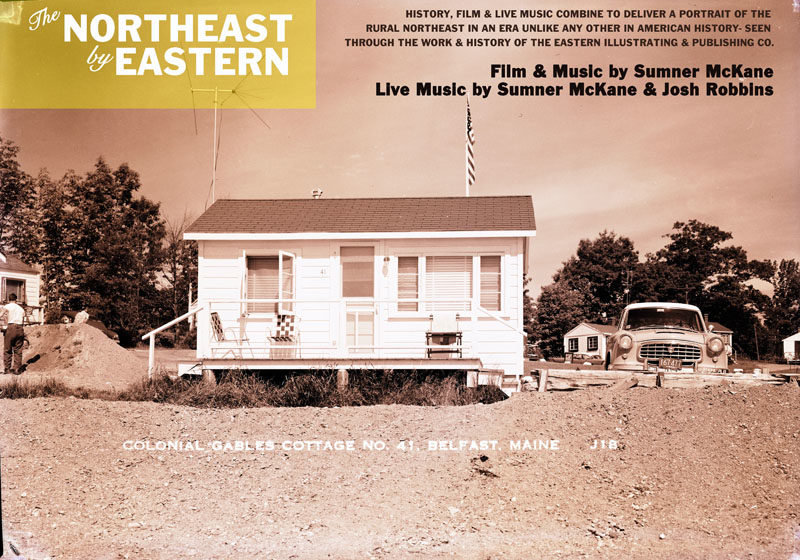 Wiscasset filmmaker and composer Sumner McKane will bring his multimedia show “The Northeast by Eastern” to Damariscotta’s Lincoln Theater in January.

Lincoln Theater’s resident theater group, LCCT, is planning to present several shows in 2017, including two musicals, one in the late winter and one in the summer, Fenniman said. Wiscasset filmmaker and composer Sumner McKane will bring his fascinating multimedia show, “The Northeast by Eastern,” to the theater at 2 p.m., Saturday, Jan. 28. The theater’s thought-provoking Talking Art in Maine series, hosted by Newcastle painter Jane Dahmen, will once again feature four live conversations with unique Maine artists in 2017. Go to lcct.org for more information. 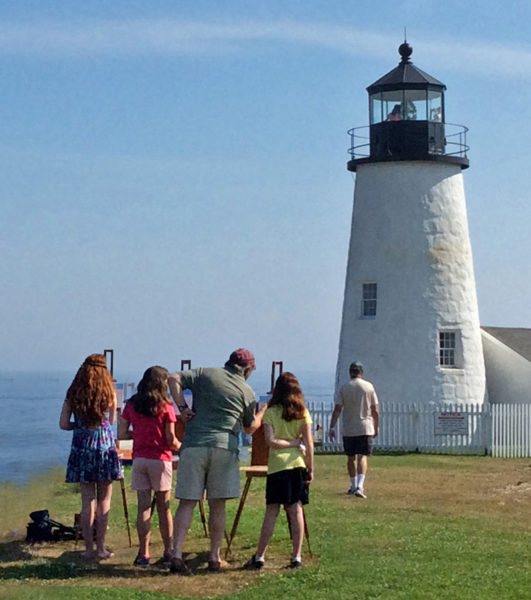 Will Kefauver (center) instructs three sisters in the basics of landscape painting during a plein air class at Pemaquid Point Lighthouse Park. (Photo courtesy Will Kefauver)

Will Kefauver, artist and owner of the Kefauver Studio & Gallery, 144 Bristol Road, Damariscotta: Kefauver is planning new events for the 2017 season as well as bringing back a few of his gallery’s most popular events of 2016. He will produce a new art exhibit in the gallery every month from June-December featuring his latest oil paintings and the work of juried guest artists.

“Each show will have a different theme, and 2017 will see reprises of the popular ‘Boat Show,’ the ‘Monhegan Show,’ and the ‘Rock ‘n’ Wave’ show, along with three new subject themes,” Kefauver said. “The monthly shows offer visitors a wide variety of styles and mediums such as encaustic, sculpture, watercolor, oil, photography, and woodblock prints.  Each show will be launched with a wine and hors d’oeuvres reception, and all are welcome.”

As always, Kefauver will offer art instruction at his studio throughout the year – classes in oil and acrylics for adults and teenagers. Plein air painting excursions will be offered as well. As part of the Bristol Road Galleries group, Kefauver Studio & Gallery will also take part in several to-be-announced events in the summer. Go to kefauverstudio.com for more information.

In the spring, the theater company will announce a one-night reading of Braley’s “Down Along the Cove,” a work in progress. Based on a series of short stories, it is set in the late 1980s, moving into the early years of the new millennium. “The play delves into the lives of a small community of coastal Maine residents, as they negotiate both past and present,” Braley said.  He plans to give the company this new piece for full production in 2018.

“We are currently preparing the teaching lineup for our 2017 summer camp,” said Braley. “Students in grades  three through 12 can expect several new teachers, joining many of their favorites, for eight days of high-impact theater skill-building.

“In April and March, audiences can experience the elegant ‘Eurydice,’ by Sarah Ruhl, one of America’s most interesting playwrights,” he said. “A meditation on language, meaning, and love, the modern take on (the legend of) Orpheus and Eurydice creates a fascinating world of words and meaning. Poetic, heartfelt, and offbeat – this is gold for the theater-goer who loves the magic of theater.”

In July, Heartwood will bring “a dynamic and talented professional cast of performers to create a chamber-sized version of (the Stephen Sondheim musical) ‘Into the Woods,’” said Braley. “With local favorite Sean Fleming center stage on a baby grand, the cast will work to dazzle the audience with Sondheim’s intricate and sophisticated music. The familiar stories of the Brothers Grimm are carefully woven in and out of their usual context, by way of James Lapine’s fascinating book for this musical. A high-energy romp through what we think we know about some of the stories that form our earliest ideas about literature.”

Go to heartwoodtheater.org for more information.

Maine Media Women will hold a roundtable meeting from 9:15-11:30 a.m., Saturday, Jan. 7 at River Arts, 241 Route 1, Damariscotta. Artists and writers are encouraged to attend this no-cost event and to bring along samples of their work. Learn more about Maine Media Women at mainemediawomen.org.