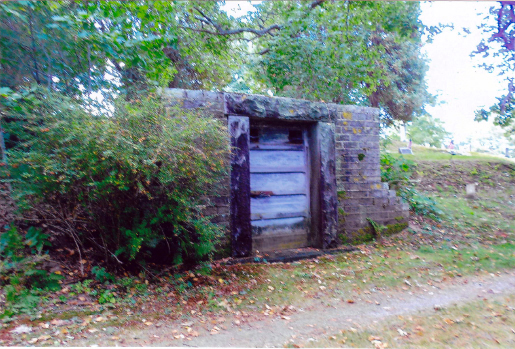 Fort Anne was probably constructed by the first residents of Sheepscot in the early 1600s. In some places it is spelled Ann, in others, Anne. I have chosen to use Anne as I suspect it was named for the then Queen of England.

Queen Elizabeth I died in 1603. James VI of Scotland was in line to become the next King of England. He and his wife, known in history as Anne of Denmark, were crowned King and Queen of England in Westminster in 1603.

There is no date as to when Sheepscot was first settled. Probably like Pemaquid and other early settlements it grew from small obscure beginnings. Unlike Pemaquid, which was a trading village, Sheepscot residents came to settle and use the good soil for planting.

Their principal street was about a mile and one-quarter long and ran down the middle of the land between the Sheepscot River and its branch that goes up into Marsh River. The land on both sides of this street was measured into about two-acre lots. Land here was very fertile and the area became known as Sheepscot Farms, with the principal road being the King’s Highway. For nearly 60 years, the settlers thrived under the watchful eye of Fort Anne.

In “Ancient Sheepscot and Newcastle,” the Rev. David Quimby Cushman locates Fort Anne. Toward the north from the early settlement of Sheepscot Farms (the King’s Highway), between Garrison Hill and the falls, there is a rising of ground and it was here the settlers constructed Fort Anne. It was where the cemetery is, which was first used for burying about 1630.

Charlotte Donnell, also, writes in her “Sheepscot: Three Hundred Years of Transition” that the cemetery has been used as a burying ground since 1630, but she probably got her date from Cushman. Donnell writes that this highest point in the Sheepscot vicinity slopes sharply to the river, where there is a long, level outcrop of ledge clear of water at all tides. In this ledge is a large mooring pin fixed in the rock now nearly buried in the debris. It is felt that this may have been the anchor where the boats coming up the river unloaded their supplies. She further writes that there are references to repair of Fort Anne in town records during the 18th century but apparently it was not garrisoned after the French and Indian Wars in 1737.

Walter Phillips came to the eastern side of Newcastle. He was probably there soon after the first arrivals at Sheepscot for he was involved in the court set up there in 1665, where he was appointed clerk and recorder. He bought up large parcels of land along the Damariscotta River and lived there until he was driven off by the Indians. He sold his lands to the Rev. Christopher Tappan in 1702. Tappan bought large tracts of land on the west side of Newcastle from the heirs of John Mason and land of Elizabeth and Thomas Gent until he owned nearly all of what is now Newcastle.

Tappan came to the area in 1733 to survey his lands. Cushman writes that he divided his land into 100-acre lots but some turned out to be only about 86 acres, so to please the people he donated two 100-acre lots, one to be given to the first settled minister and the other to the inhabitants of Sheepscot as a parsonage. Donnell adds that based on Tappan’s deed, now filed in the York County office, it included the cemetery which is considered town property.

Tappan also gave two town landings — one to the south of Garrison Hill, including the cove, and the other to the North, and a “common” extending from the south landing to the north landing including the burying ground, which with time has expanded until it has no place to expand farther.

Tappan was a Harvard graduate of 1695 who for 51 years was pastor of the First Church of Newbury in Massachussetts, according to Donnell. No mention has been found of his coming to live in Newcastle. He had four children. One of his daughters, Susannah, married Benjamin Woodbridge Esq., a merchant of Newbury, Mass. who moved to Newcastle.

In 1878, many years after the death of all of the early settlers in Sheepscot, a surveyor by the name of Alexander Johnston made his way up the Sheepscot River and landed at the tip of the King’s Highway (Sheepscot Farms) at what was known as Jackson’s Landing. I want to thank George Weston for bringing this information on Fort Anne to my attention. In 1878, there were no houses on Sheepscot Farms except one at the very end. The original village had been there, but with the building of the bridge across the Sheepscot River in 1847, the population had moved toward it. Sheepscot Farms was left as a series of cellar holes. (I have written up Johnston’s trip up the highway in my “History Tales of Newcastle, Maine,” pages 134–136.)

Johnston surveyed, slowly, up toward where Fort Anne had been. He gives the best description of where she was located of any place I have read. He writes: “We stand upon the crown of a hill of gentle slope in every direction, at the gates of the beautiful cemetery which covers the ascent from the waters of the Sheepscot on the water; and among the white tablets of marble mingled with the rough, moss-grown headstones of granite, we pause on the site of Fort Anne. On the west are the falls; on the east, Garrison Hill; on the north was the home of Christopher Dyer; on the south, the long line of the King’s Highway, over which we have come up hither.”

Already, in 1878, the grading of the cemetery had obliterated many of the ancient marks of military occupancy. However there were still the remains of a trench four or five rods long, seven feet wide, and five feet deep. This was cut parallel with the highway and two rods from it. The northern part had been filled to make cemetery lots for people still living. At the end of this trench, and adjoining it, was a brick arch, buried up in grading years before. It was about four feet in width, length unknown. It was never known as a tomb. The cemetery has a tomb kept in good repair (see accompanying photo). But it is definitely not the brick arch of earlier days. This arch may have been a covered way leading to a magazine under the fort, the arch as a cover for protection from attacking foes.

Johnston goes on to say that the fort was undoubtedly built of heavy, squared timber, and stood about 45 feet above tidewater. The stockade outline was visible in 1878 and showed an enclosure of an acre or more. The stockade would have included much of today’s cemetery. In Johnston’s time, it was common to find fragments of brick, pottery, crockery, and iron rust scattered around the area.

Being at the highest point, Fort Anne commanded a view of any boat that might approach the neck below and gave no hidden shelter for an attacking enemy, but it could not protect the settlers from the Indians. Twice the settlers were driven from the land, only to come back and make new homes. Today, the area around Fort Anne is taken over with extensions of the cemetery.

Donnell writes that records of the town meeting of 1803 show the sale of “flankers from the old fort.” (Flankers were defense works built at either end of a fort.) By long tradition, beams in two of the village houses built about 1800 show an unusual use of heavy, 14-inch square beams that are considered material from the old fort. They, and the large mooring pin in the ledge along the river, are the only signs left of old Fort Anne.