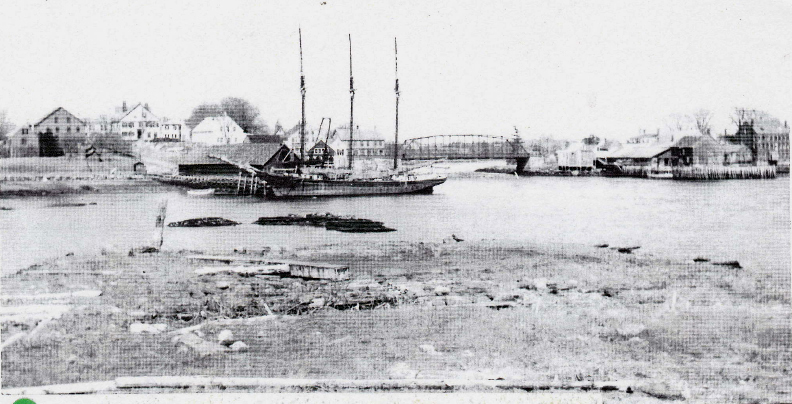 It was a rainy windy night in January 1949 when the T. E. Gay and Son grocery store on Main Street, above the bridge, was broken into. Thomas Gay writes of it in his memoirs.

Tom and Iome Gay were living over the store. Barbara was a senior and had a small dog, but nothing was heard. For some reason, it seems there seemed to be much activity abroad that night. A friend came to visit Iome in the evening and she was unnerved as a strange-looking man had asked her directions and continued to hover in the background. It appeared he had been drinking and he later ran his car into a section of the bridge. He was taken to Wiscasset to sober up. Car No. 1.

Tom visited his father on Glidden Street, briefly. On his way over, he saw a small car parked there. Tom was meeting a friend at the bowling alley and as he left his father’s house he saw the same car, a Ford coupe, parked in the middle of Main Street with its lights out. It started up and left, but as he went by, toward the bowling alley, it was parked near the Masonic block. Car No. 2.

Mabel, who sold papers on the south side of Main Street, had for some reason come to her store late in the evening and had seen the car. There were two men in it, but they didn’t bother her and she did what she had planned to do and went back home. Tom had his meeting and came home. There he saw a car he had noticed earlier. It had been repainted in several bright colors. Car No. 3. 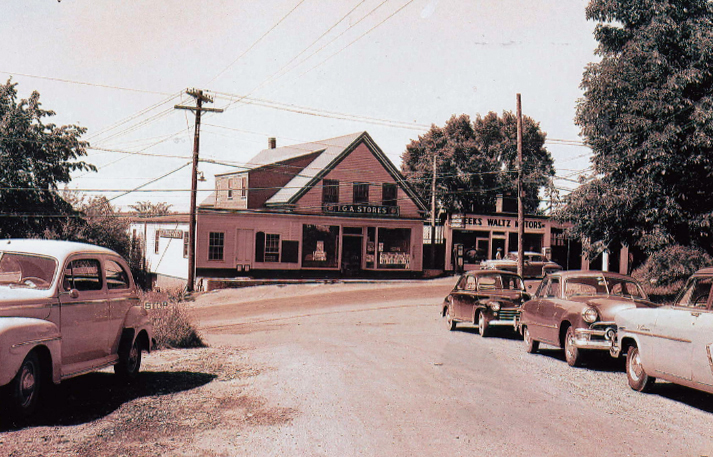 The Thomas E. Gay & Son store on Main Street, viewed from Glidden Street. At the time of the robbery, the Gays lived in the apartment on the second floor at the rear. They heard nothing.

A student at Lincoln Academy, who boarded at the Munsey House, worked evenings at the bowling alley to earn extra money. When he came home about 11:45 p.m. there was a man standing in the Gays’ store. But everyone knew Tom lived right above the store so he figured it was Tom in some late-night task.

Minnie Hutchins, who lived up over Sproul’s store, couldn’t sleep well. She was up about 1 a.m. and in looking out her window noted the brightly painted car was just coming out of the driveway that went in behind Weeks and Waltz motors. She recognized it and knew the man who owned it.

Ray Hopkins, who was the deputy sheriff of Lincoln County and drove a taxi, swung through the area on his way home from a late night call. The Ford was parked under the street light with its hood up and the two men seemed to be working on it.

A fellow who lived on the lower end of Glidden Street noticed the fancy painted car parked there with the fellow appearing to be asleep.

When Tom came down in the morning, he found the break-in. About $50 had been taken, but they had not been able to open the safe. It appeared they had broken one of the windows in his office and come in that way, although it was so high Tom didn’t see how they could get in without a ladder. There was a ledge about 10 inches wide. Could they have been able to make use of that? Tom never knew. But when they left, they went down through his cellar, where he kept his car, which opened to the landing on the river.

And the cars. The fellow in the first car had a beautiful alibi. He was in jail. The fellow with the brightly painted car said he had a date with a girl in Rockland and only got as far as Newcastle. This was all verified. And who would plan a break-in in such a noticeably painted car? He was waiting for Weeks and Waltz to open up. They did and he had his car repaired.

The conclusions were it had been broken into by the two fellows in the Ford coupe but they were never found.