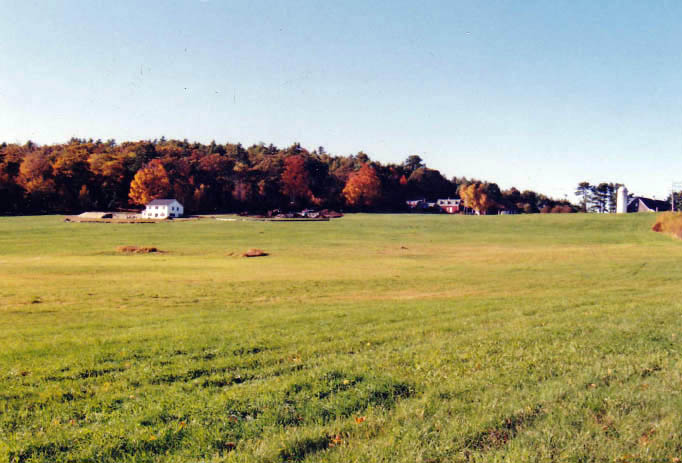 After the bridge over the Sheepscot River was put in, in 1794, everyone wanted a road. The Rev. David Quimby Cushman writes in his “History of Ancient Sheepscot and Newcastle” that roads began to be cut in different directions.

There was no subject perhaps that occasioned more interest, or awakened deeper feelings or warmer debates than that of roads. Thus it was with the road voted to be built on the west side of Damariscotta Lake.

In 1766, a committee was formed to lay out the road from the county road upward on the west side of Damariscotta Pond to the northeast corner of the town.

This effort seems to have failed, for in 1769, Joseph Jones, Elisha Clark, and Richard Bowers were chosen as a committee to lay out a road “round Vaughan’s pond, to Josiah Clarke’s; and from thence to the north bounds of the town.”

This effort failed, too, and in 1770 a committee was appointed to lay out a road from the county road near Damariscotta Mills around Vaughan’s Pond and up the western side of it to the north town line.

This plan also came to nothing. In 1772, another plan was voted, but it was not accepted until March 14, 1776. At that time, they finally got the road and “it was a great public convenience.”

Even so, they had to go via West Hamlet Road to meet the road coming from Sheepscot to the Mills. It was many extra miles for a horse-drawn vehicle. As the farmers came down the road, by McNeil’s Point, they could see the village of Damariscotta Mills across the water. When the lake froze during the winter, they would take a shortcut and venture across on the ice. Many held their breath as they made one last trip in the spring across the ice, but there is no record of any horse breaking through or any accidents.

Instead of making a right turn onto West Hamlet Road at the Clark farm, a horse and his passenger could turn left, track down the hill, and wade across the end of the lake. This was known as the “wading place.” Early stories are that there was a small house on the right, at the end of the big field, so there was a road of sorts to it. This building was said to have been moved up to make an addition at the farm. The last I knew there were still lilacs blossoming at the old house site. I took this picture while I was standing at the edge of the wading place as I looked up across the big field to West Hamlet Road.

The depth of water at the wading place decided for the travelers whether they should risk the trip across. Once across, they started up Teague Hill. This was a steep hill, and often, oxen coming up with large loads would be stopped partway up the hill and the driver “trig” the wagon wheels to give the team a rest. At the top, a left turn led to the Mills village.

Eventually, there was so much said that a committee was raised to lay out a road from Ebenezer Clark’s across “Wading Place to the County road,” which was accepted April 6, 1789.

In more modern times, the area became known as the road with the eagle’s nest. For many years, a pair of eagles built their nest in one of the tall trees at the edge of the lake. For them, their dinner was at their feet. It was not uncommon for people to come many miles to take pictures. Ivan Flye spent hours filming their activities and made it into a video. It seemed as if the eagles realized they were on camera! The eagles are gone now and we drive over the area in our speedy cars not appreciating how important this cutoff was to the past generations who traveled by horse and buggy.