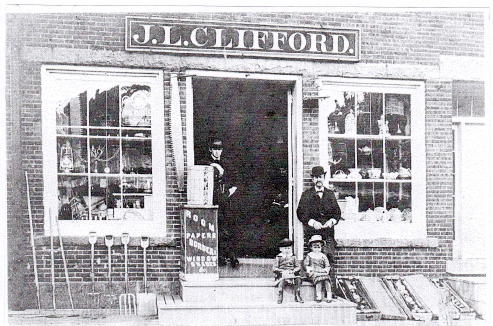 The J.L. Clifford store, on Main Street in Damariscotta, is believed to be the meeting place where Jimmy Dray would dance Irish reels and jigs. (Photo courtesy Newcastle Historical Society Museum)

James Henry Dray was born in Ireland, county Kilkenny, a son of Andrew and Bridget O’Hara Dray. James was a cabinetmaker by trade. The family came to this area and was active in St. Patrick’s Catholic Church. He and his wife settled in the little house across the main street from the firehouse. James married Mary Mahoney. They had two children, Andrew and Helena.

He was known as Jimmy and was well known in the small community. He was a jolly, witty, easygoing man who worked on all sorts of jobs with a witty remark to go with each one. He built the wooden fence around the front of his place and had a sign on it saying he did saw-filing and his wife took in washing and ironing. It seemed every time the town or state worked on the road by the house they took a little bit of the land and built the road higher so that little by little the house was almost in a hollow.

Jimmy kept some animals on his small lot. His pigpen was out in the back. As his lot was small, he built the pigpen so it actually hung out over the river. Made easy cleaning. It would never be approved today.

As time went by, he found it needed shingling, but how could he shingle it when it had no land to build staging on? After some thought he figured it out. It was a small building. He got inside and took off one of the boards on the riverside roof. Then he built a small stage inside and, standing on that and bending over toward the eaves, he was able to work up to the open space. Then he put the board back and shingled the remainder from the roof on the other side. When asked how he accomplished the shingling he replied: “Shingled it from the inside, outside, and upside down.” Then he laughed. But that was exactly what he had done. 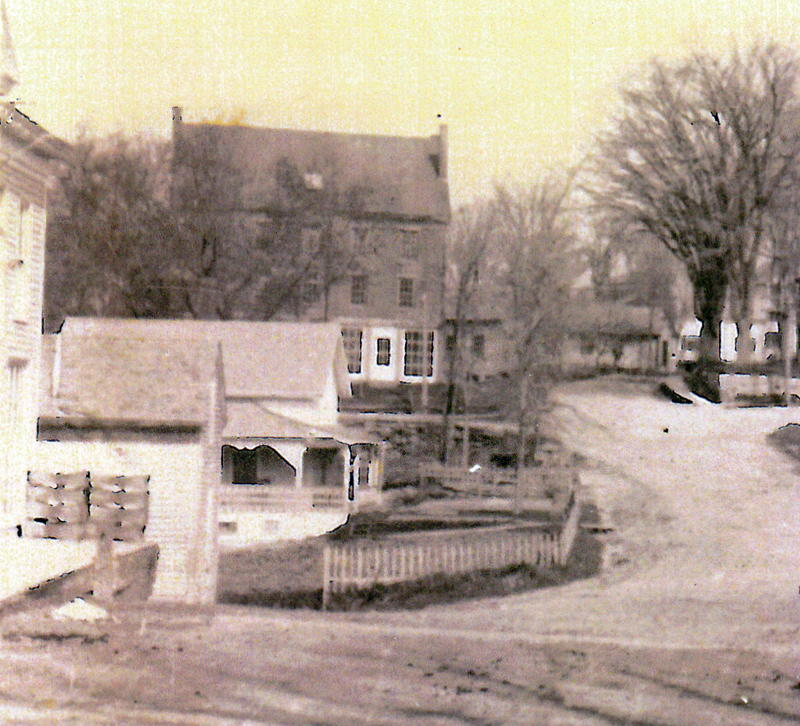 The Dray house with its porch and wooden fence. When the state widened the road and built a new bridge in 1952, the house was moved to Mills Road. (Photo courtesy Newcastle Historical Society Museum)

Jimmy was a lovable character and folks liked to talk with him about his life in Ireland and watch him do the reels and jigs native to it. He enjoyed the music and loved to oblige. It seems one of the meeting places in the long winter evenings was the John Clifford store.

As much of my information on James Dray comes from Harold Castner, of Damariscotta, I strongly suspect this store was the J.L. Clifford (John Land Clifford) store in the picture. In the evening people would gather there and Castner remembered that someone would occasionally produce an accordion and get Jimmy to step out in his Irish reels and jigs.

After James and Mary died, Andrew and Helena continued to live in the little house. Neither married. He was active around town but she was a recluse. Andrew died in 1948 and Helena was not able to live alone. The house was sold.

When the state built the new bridge between Newcastle and Damariscotta, they widened the road though the village and tore down or moved many of the houses there. The Dray house was moved to Mills Road.

This story is told in my book “History Tales of Newcastle, Maine,” beginning on page 382.