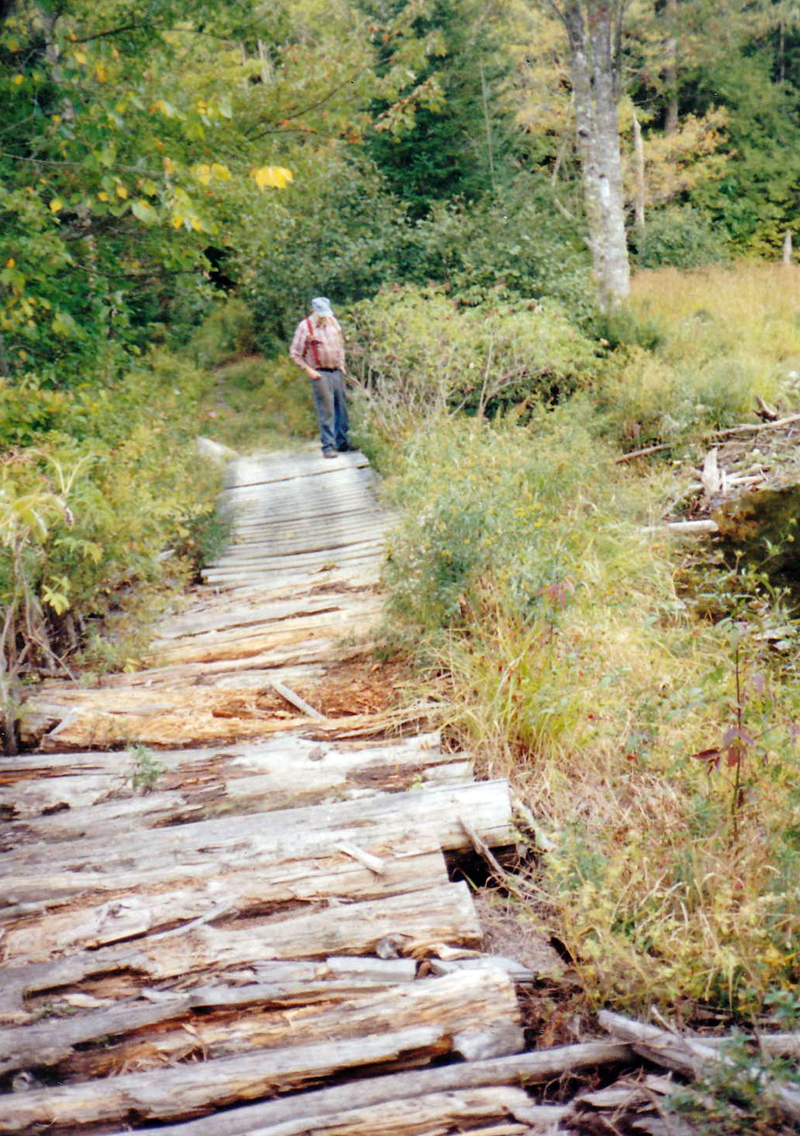 People settled on the Sheepscot River. People settled on the Damariscotta River. But no one, so far, is willing to move into the vast open space between. People drive from Sheepscot to their home on West Old County Road and drive from Newcastle Village to their home on East Old County Road. This long gap between the two roads is quite swampy and has been left mostly to wildlife.

The old maps show a road from the four corners at Sheepscot to Damariscotta Mills and to the Damariscotta River bridge. But the last time I visited the place, there was no sign there had ever been a road bed leveled. There is no bridge connecting the two road ends.

Earlier, there were trails everywhere. People built trails to their homes. Some were used and some were abandoned. In the past, any trail that evolved to the point of being able to accommodate a wagon or stagecoach became a road. It may have been merely a corduroy plank road.

The old map shows that road. However, to avoid much of the swamp, the road chosen for improvement was to take the Sheepscot Road from the Sheepscot bridge and swing left onto the Indian Trail. At the four corners, a right turn went to the Damariscotta Bridge and the road to Damariscotta Mills went out over the Kavanagh Road and continued north to the Mills. This seemed better than the earlier road.

Today, this newer road is also marked with a dotted line most of the way to the four corners and the road over the Kavanagh Road is discontinued part way. It is difficult and expensive to build roads over marshy places and there are no people living at the brook.

Deer Meadow Brook begins at Deer Meadow Pond, a small pond on Route 213 in Jefferson. It is just west of Route 213, the Bunker Hill Road. The edge of Deer Meadow Pond can be seen from the road. Its outlet is Deer Meadow Book, which runs about 12 miles through Jefferson and Newcastle to the Marsh River.

The Marsh River enters the Sheepscot River near Sheepscot. It is a slow moving brook, dropping only about 130 feet in its 12-mile trip to the Sheepscot. In many places it spreads out in swamps and meadows. It was an ideal place for wildlife and with our deer population, undoubtedly, where it got its name. As you can see by this picture, it is swampy here.

I was told this corduroy type road was built for the snowmobile group. It is an excellent place for this activity.

The middle of Newcastle is an open space. It is also a great place to see wildlife, and take a pleasant hike.