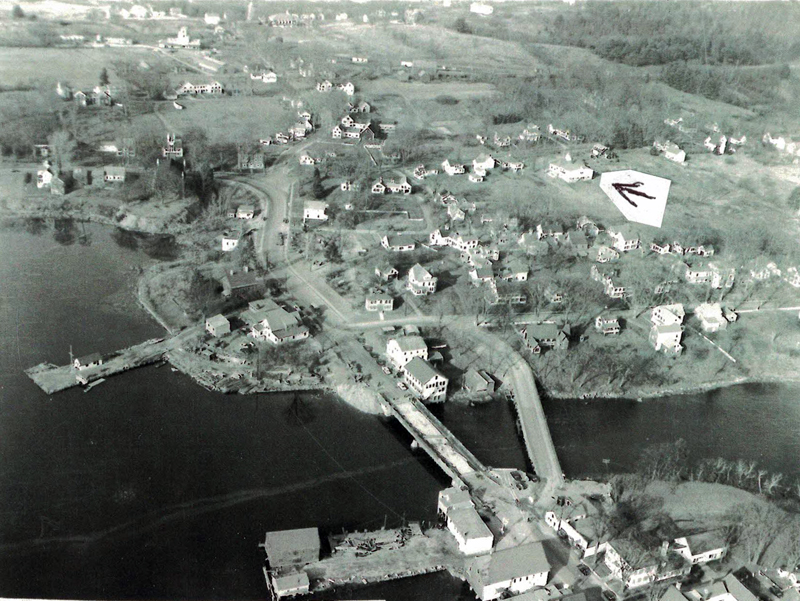 Franklin School was built in 1901. It would be the last grade school built on Newcastle soil. The Rev. David Quimby Cushman wrote about schools, “The Town, from 1753 to 1881 did very little to support schools. The people were poor and there was much border warfare.”

Although the town was incorporated in 1753 almost no effort was made to teach children.

We have several lists, 40 years later, of schools in the town and they seem to agree by then, Newcastle had organized the town into 15 school districts. In 1792 money was voted for schools and, each year thereafter, an effort was made to have schools for all.

On May 10, 1799 the town voted that all persons between the ages of 4 and 21 shall be considered scholars by the selectmen. In my book, “History Tales of Newcastle, Maine,” page 274, I write about this development of the school system and the 15 school houses in Newcastle.

According to an article in the 1980 Newcastle Town Report, “Franklin School was built in 1901 at the cost of under $4,000. Included in this cost was lumber, labor, furnace, furniture, and laying water pipes.

“Selectmen Ebenezer Haggett, Jonathan Dodge, and B.F. Vannah were instrumental in having it built and at such a low cost to the town. The School Committee members were: F. I. Carney, W. B. Erskine, and W. W. Dodge.

“Superintendent S.W. Clarke remarked in the town report in 1902 that this ‘beautiful; and commodius’ school, known then as the Bridge Village School, was a great value to the town. This school was a consolidation of Districts 2 and 5 in the village.”

This made Franklin School, aka Bridge Village School, the school for the village of Newcastle. This picture shows an arrow pointing to the school, on the Mills Road, nestled in the heart of Newcastle village.

The article goes on the say, “The land on which the schoolhouse is situated was purchased by the town of Newcastle in June 1901 from Martha E. Clifford at a cost of $350. The piece of land was known as the ‘Hussey Field’ when sold to Mrs. Clifford.

“The school was named Franklin after Benjamin Franklin by the students at the school between 1930 and 1933. They picked the name Lincoln first but their teacher had them reconsider as the name was the same as the Lincoln Academy on the hill.”

Perhaps the most important development of the school system in the early days was the school bus. In the district schools everyone walked to school and school houses had to be near or a student wasn’t able to attend. Bussing, opened up a way to school for every child, but it had its problems and stories are told. The sleek yellow busses of today were not known. Any vehicle might be used.

My older daughter started riding to school in a station wagon sent up to the hill to pick up the students in our area. Stories are told about early busing like the tale that was told to me. It was said the bus coming out of the northern part of town was so old there was a wood burning stove set up in the rear to help keep the children warm on their long ride to Franklin School.

I do not vouch for this but the person who told me gave me the name of the driver. Little by little the school bus made it so everyone could ride comfortably and this encouraged consolidation of the town schools into one central location, Franklin. This made it necessary to have a larger school in the village.

The town was growing. This was not enough. When my husband, George, was on the school board, a special town meeting was held at Lincoln Academy on July 18, 1968 during which the town voted to purchase portable classrooms. The temporary classrooms did not cover Newcastle’s needs for long.

“In the fall of 1970 the four upper grades at Franklin went to Castner in Damariscotta and the four lower grades at Castner came to Franklin.”

Further changes united the towns of Newcastle, Damariscotta, and Bremen to send all three town children to a new campus in Damariscotta. The hope was there would be enough land for future expansion.

“Franklin School is the last grammar school in newcastle and it was with mixed feelings that we noted its closing in January 1980 when the Great Salt Bay Community School in Damariscotta officially opened.”