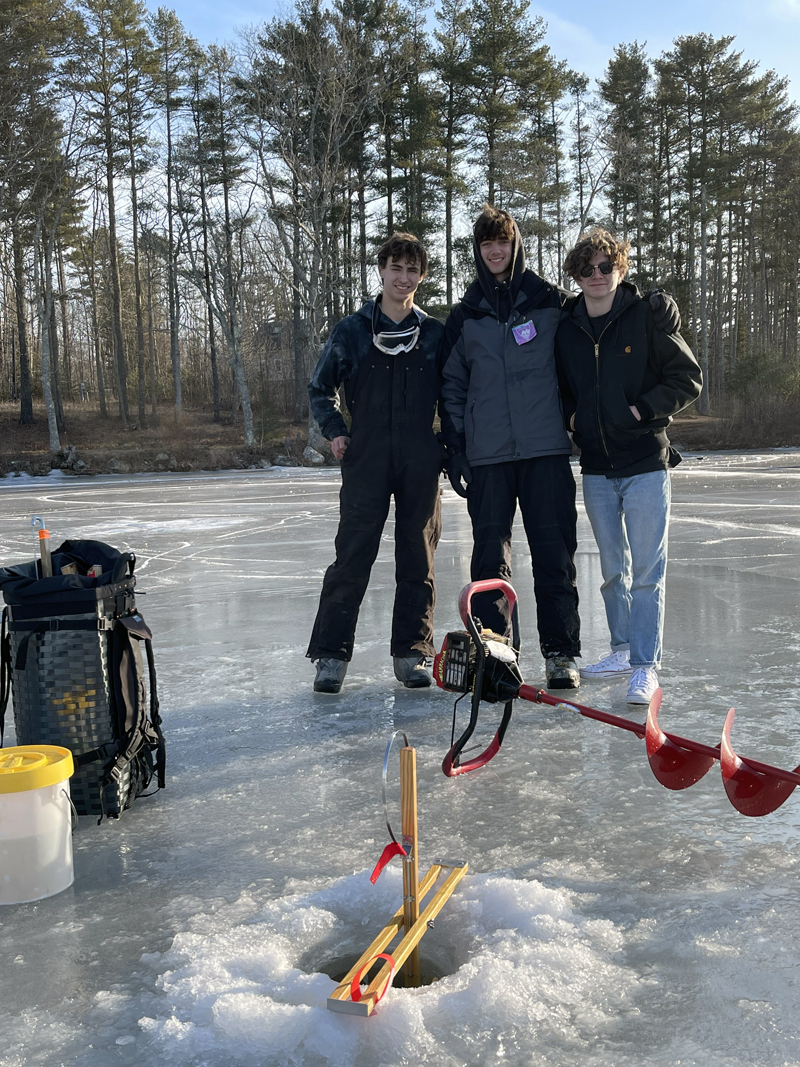 If ever there has been a winter week to enjoy life on Biscay Pond, this past week may have been it. Yes, our brutal cold snap has continued. I have had to hit the reset button on my furnace four times. Time to get it serviced for sure, though finding an available technician has been challenging. The worker shortage is evident. Let’s just hope I don’t encounter a supply chain issue with a needed part. We all are adjusting to the new normal in one way or another. One piece of the beauty of the cold snap has been the combination of the crystal clear skies and the full wolf moon. The moon shining through the old pine trees has been magnificent and it is almost as if you can “see” the cold. The lack of ambient light is something to be celebrated around the Pond.

Sunday was an absolutely, glorious sunny and relatively warm day, drawing folks out of their homes and onto the ice-covered pond. One could close one’s eyes and imagine a Currier and Ives painting, or, more locally, imagine all the elements of a Sally Caldwell Fisher painting. Couples were walking hand-in-hand along the shore, families were trying out new ice skates, teenagers were ice fishing while two bald eagles soared back and forth hoping to find discarded fish on top of the ice. Horse-drawn sleds of yesteryear were replaced by four-wheelers, some pulling sleds behind them. Most entertaining of all was watching a local dirt biker, Alex Gutierrez, pop a wheelie and ride down the lake on his back wheel! Talented and fearless. It might have been me … 50 years ago!

At this same time, it was wonderful to meet our new neighbors, Amy and Brian Appell, who were out for a skate and walk on the pond with their two daughters. Brian’s love for Biscay was developed much like mine. His family spent every summer on the Pond and, like me, he always knew he wanted to settle here. As a school board member, I was curious as to their daughters’ transitions into Great Salt Bay Community School and Lincoln Academy. I was very happy to hear that both had made smooth adjustments to their new school settings. 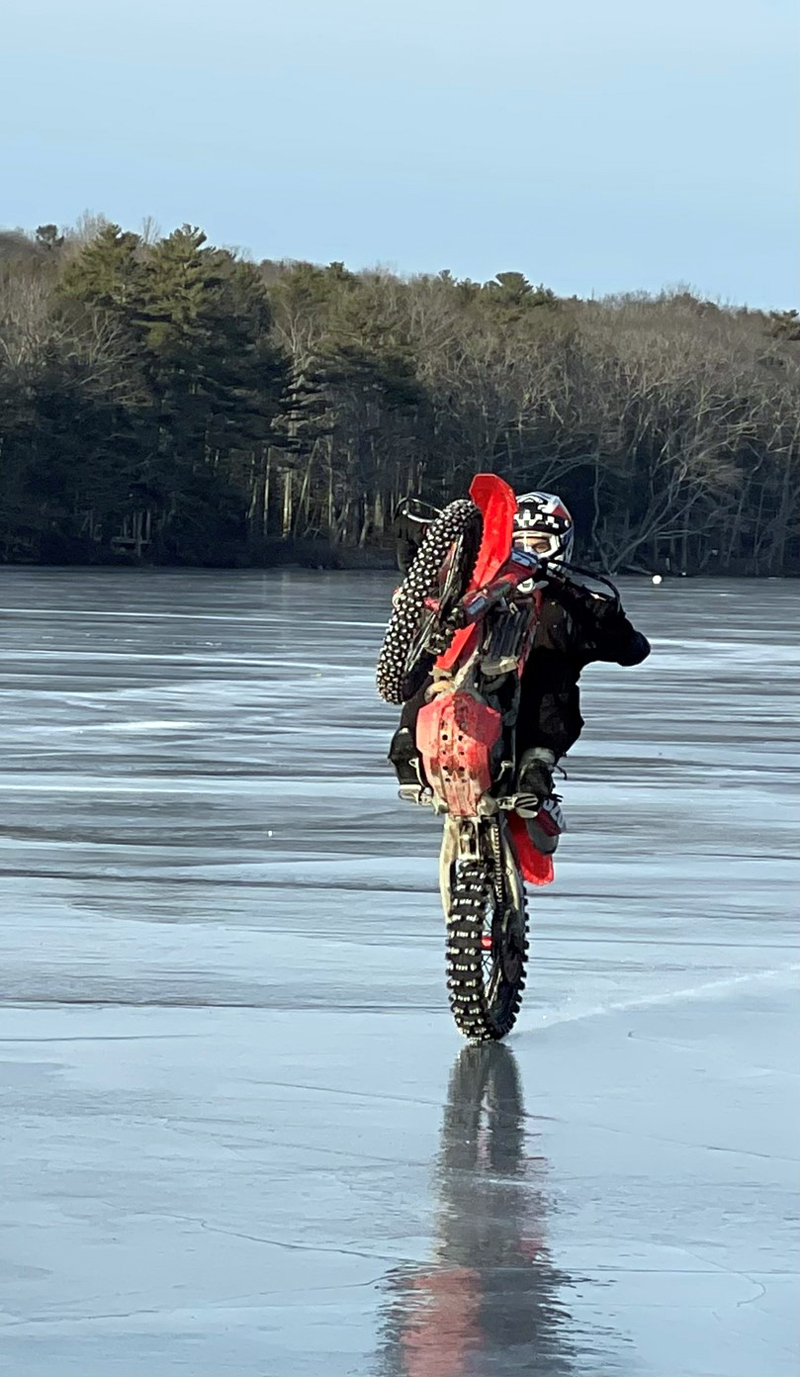 Later Sunday evening, I was reflecting upon how quickly Biscay is being “discovered” and transitioning from a summer Pond to a year-round community. In the 12 years since I became a fulltime resident, four of my closest five neighbors have built new homes, all year-round homes, and, three of the four families have school-aged children. It certainly feels less isolated and comforting to know, in an emergency, reliable help is nearby. It is nice, too, that all these new residents share an appreciation and respect for nature and the beauty of the outdoors. In the not-too-distant future, Bremen may lose its distinction as the oldest town, in the oldest county, in the oldest state … unless, of course, all of that is pure myth!

I end this week by calling the reader’s attention to another article in this week’s paper regarding the formation of a citizen’s advisory committee to work with Sheriff Todd Brackett and the Lincoln County Sheriff’s Office. I became involved in this effort as I witnessed tensions around the country increasing between communities and police, believing that honest and open dialogue between police and community members could prevent in Lincoln County many of the issues we have witnessed in other communities over the past two or three years.

I commend Sheriff Bracket for being receptive to these ideas and for his support for forming a citizen’s advisory committee. Anyone interested in joining this effort should reach out to the steering group by email at steeringgroup@lincounty.me.