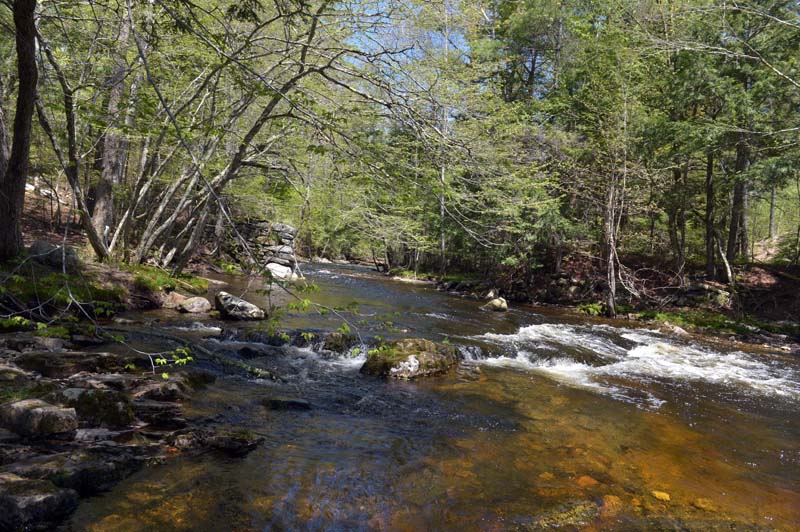 Water cascades down the Sheepscot River off the Patricktown Trail on the Palermo Preserve. (Paula Roberts photo)

(Directions: Heading north on Route 17 near the Jefferson-Whitefield line, turn onto Main Street in Whitefield, near Peaslee’s Quick Stop. Go 0.3 miles and turn right onto Somerville Road. Drive about 5 miles to a stop sign at the intersection with Route 105. Drive straight across Route 105 onto Turner Ridge Road. The preserve and parking area are on the right after 2.5 miles.)

Palermo Preserve consists of more than 75 acres with 5,400 feet of frontage on the Sheepscot River. There are two separate trail systems on the property, which is owned by Midcoast Conservancy.

The preserve was expanded in 2016, thanks to the heirs of Cecil H. Brann. In 2017, Boy Scout Brandon Loveland cleared the Patricktown Trail on the Brann piece for his Eagle Scout project. 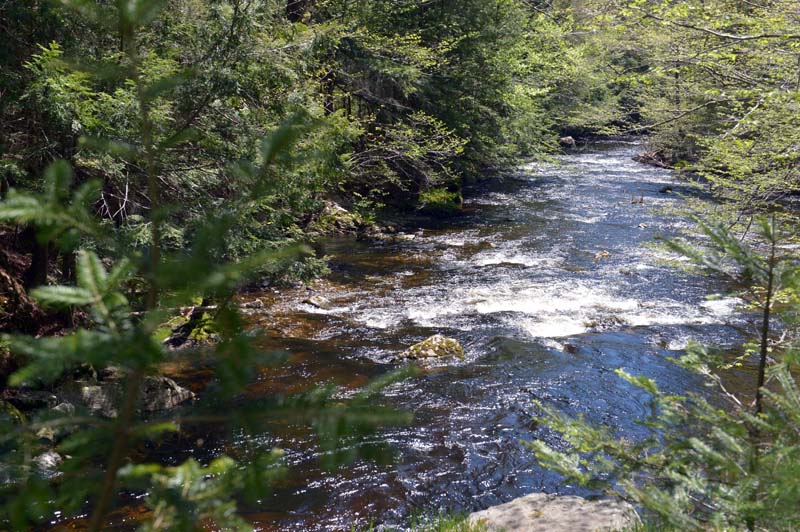 Looking down on the Sheepscot River from the top of an old bridge abutment on Palermo Preserve. (Paula Roberts photo)

The Patricktown Trail begins on discontinued Booker Road, located to the right of the kiosk, and goes to an old mill site on the Sheepscot River. A small set of rapids makes for a picturesque spot. 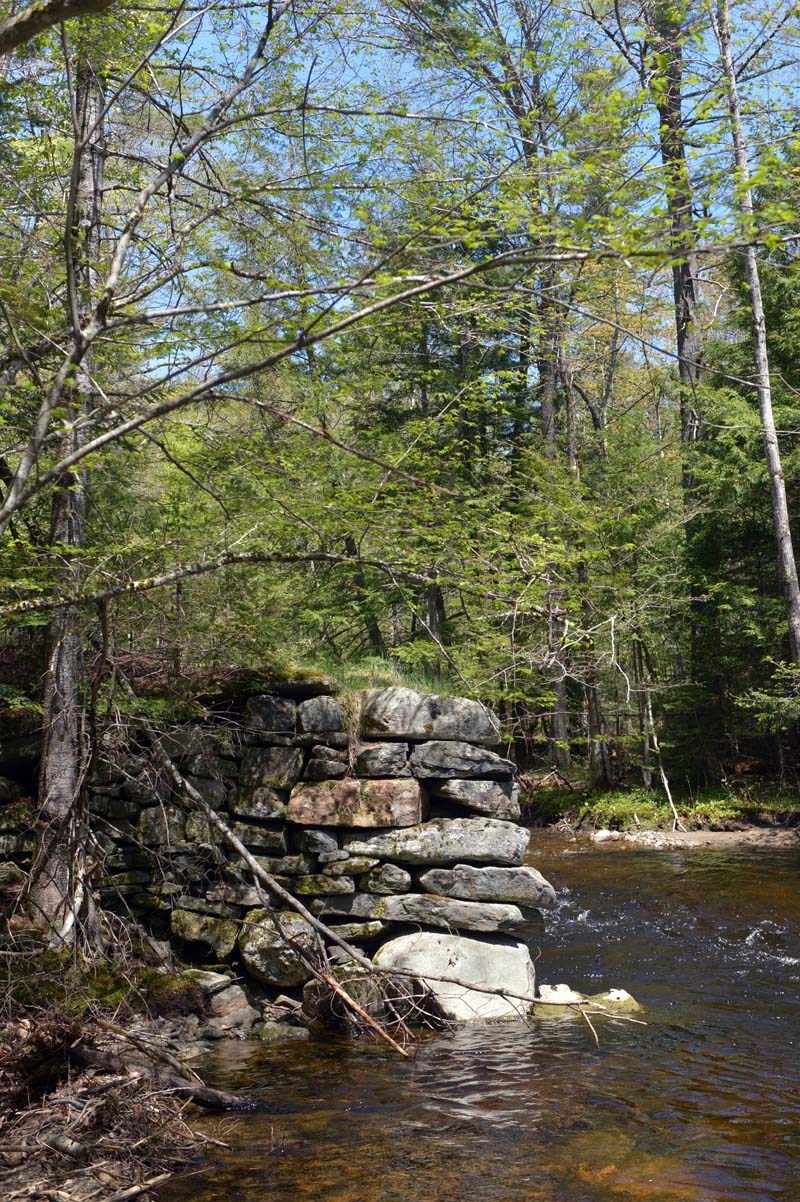 Rocks from an old bridge site on the Sheepscot River. (Paula Roberts photo)

Shortly down the trail, a blue-blazed trail branches off to the right. The trail turns sharply left where a pile of branches and small trees are piled up. Look for a double blue blaze on a tree located slightly off the trail.

The trail curls around, runs steadily downhill to the river, and comes out at the old mill site and gentle rapids. Turn right and walk along the river for a couple of hundred yards along an old woods road. The trail ends at a brush pile and red boundary ribbon. Return on the same path to the mill site, then follow the old road uphill and back to the kiosk.

Plan on 20 minutes to walk the Patricktown Trail.

A bald eagle was spotted flying low over the river on a recent spring hike, as well as two woodpecker species.

To the left of the kiosk is a series of three trails. The main trail is blazed in white. Turn left at the branch in the white-blazed trail. The trail heads downhill, up over a ridge, and then down to the Sheepscot River. It follows the river for some distance before turning inward and steeply uphill and back to the kiosk. Following the white-blazed trail offers the best views of the river. There is a section that has been rerouted due to erosion. It is marked by a rope. Walk past the rope then immediately cut back to the left (near the intersection with the blue trail) and walk back toward the river.

The quickest route to the river is to take the white trail, turn left at the Y, then turn right at the intersection onto the blue-blazed trail. The red-blazed trail, which can be accessed from both the blue and white trails, goes to a vernal pool.