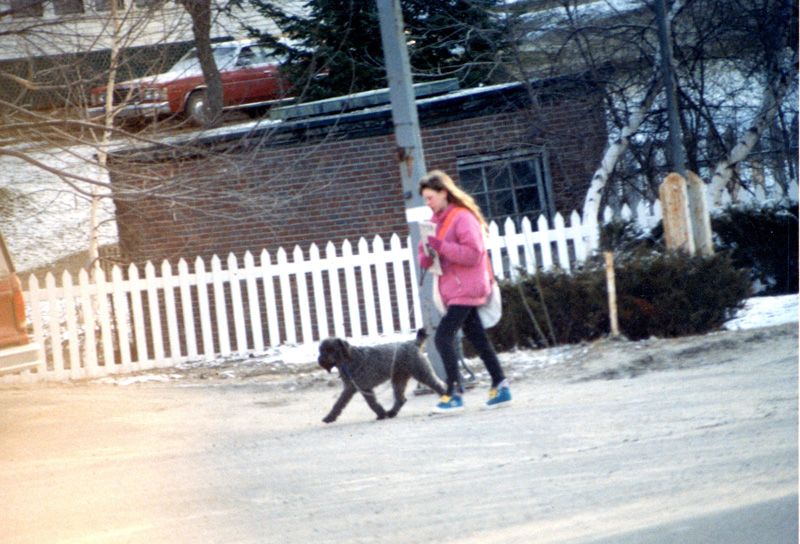 The author at about age 13 walking with her neighbor’s dog to deliver newspapers. (Photo courtesy Bob Caton)

I have always admired people who knew what they wanted to do from a young age. In my youth, my choices included astronaut, marine photographer, Air Force pilot, and a few other things I was even less-suited for. (Due to having a smidge of claustrophobia, all of those careers would have been disastrous.)

At around age 12, a new ambition emerged: editor. I had always enjoyed my English and reading classes, so it made sense that something I did in school was something at which I could make a living.

Throughout all of my changing ambitions was a love of animals, which was never considered as a career; it was a part of who I was, not something I did for compensation. In fact, no one ever suggested to me that money could be made doing something that came so naturally to me.

The idea of it never even crossed my mind until my mid 20s, when I started college to become a librarian and got a job working at a veterinary hospital as a receptionist. It was there that I finally caught on that my love of animals could lead me to making money and caring for them at the same time, but by then I had started a degree for library science and was determined to finish it. 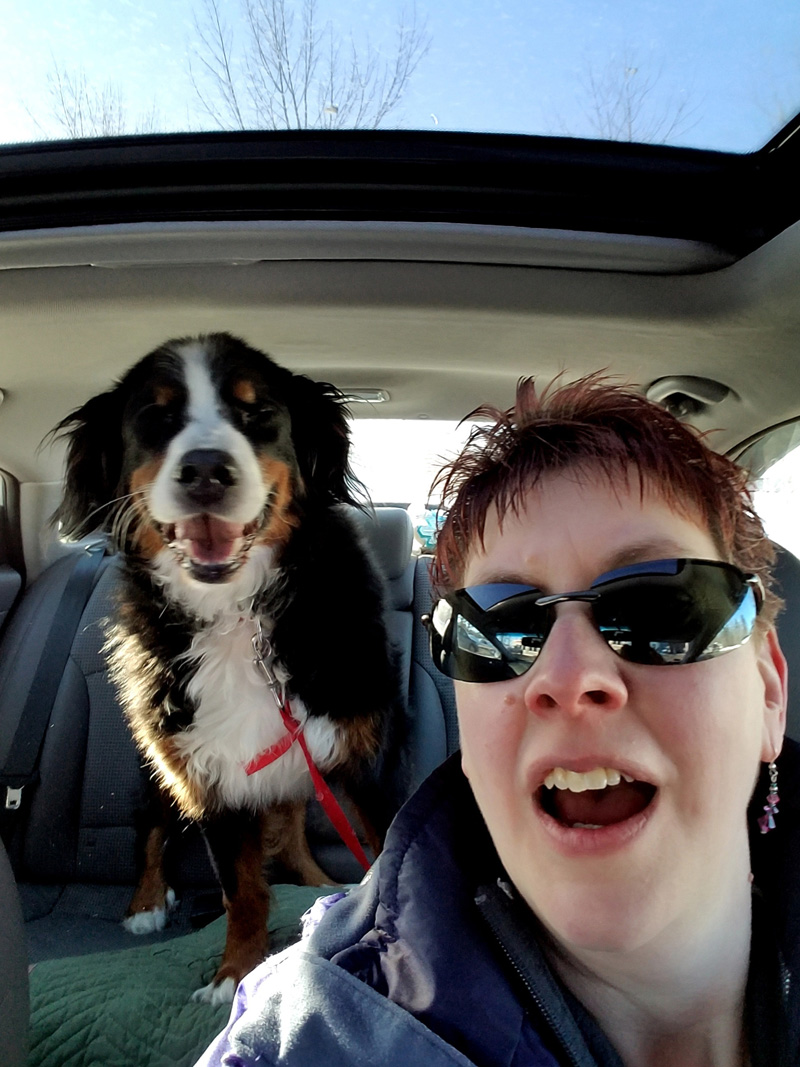 After many years of working for a high school, I eventually made my way to Lincoln County and began working at a veterinary hospital again. It was here, at the urging of my veterinarian friend, that my pet-sitting business started on a legitimate and permanent basis.

Once I had a full-time job working with animals, the only thing left to do was to get back into writing and/or working with the written word. In 2016, I settled myself here at The Lincoln County News. I was now working for a newspaper and caring for animals as professions.

Although I didn’t know it, these were apparently the two careers I’d been destined for all along, as evidenced by the first picture, which was taken when I was about age 13. This was the neighbor’s dog with me, walking together while we went to work doing my other job – delivering the newspaper.

The dog-walking was done for no other compensation than the pleasure of his company. I liked spending time with Wooly, especially since our family didn’t have a dog of our own. Wooly was a Kerry Blue terrier, and although many years have gone by since his passing, he is still missed.

Working for that newspaper was my first job, which I took because that was how I imagined I would work my way up to being an editor. It was far more fun walking Wooly than traipsing through town carrying newspapers, but apparently it was practice for doing both of those things many years later.

The second, more recent picture is my pal Toby and me, in my car delivering The Lincoln County News. This time, I was actually getting paid to do both jobs, but that certainly didn’t diminish the enjoyment of Toby’s company, as you can see on both of our faces.

As midlife approaches and I’m reflecting on all the jobs that were neither vocation nor passion, it’s clear that the two jobs I have now feel like gifts. Perhaps that is the message for my column this month: your innate sense of self has a way of working itself out, if you let it. And you should. You might feel as blessed as I do this season.