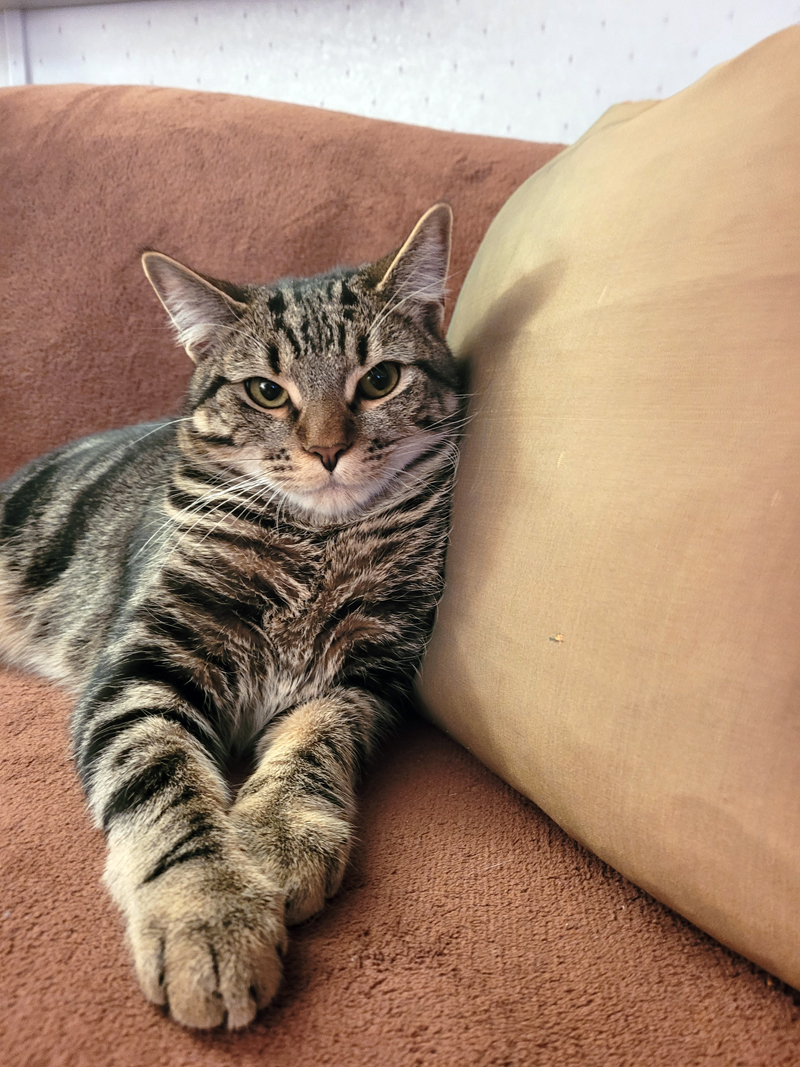 Jasper, looking about as friendly as he ever does toward the author.

As an animal lover, knowing that an animal wants to spend time near me feels like the equivalent of winning the lottery. I’m that person who will go to a party and hang out with the dog. I’m far more comfortable around animals than humans, so if an animal chooses to spend time with me as opposed to other nearby humans, well, I can’t think of any greater honor.

At home, of course, I expect the cats who live with me to go through the normal periods of wanting to be near me and ignoring me completely, but still liking me well enough overall.

Except for my mother’s cat. That bugger just doesn’t seem to like me, and I cannot for the life of me figure out why. It’s quite disheartening, actually. I love all animals, yet even if they don’t love me back I do expect they’ll at least think of me as an ally rather than a foe. But that boy just flat out refuses to like me.

Jasper was quite small when he arrived in our home and therefore my not-so-very big cat still managed to loom over him. I suspect that he associates me with her, and she was not particularly nice to him at first (she’s a bit of a spoiled girl, I admit, and I suppose she didn’t want to share the limelight), so I kept telling myself that’s why he didn’t like me. However, he is now twice the size of my Kismet, and she doesn’t give him too much grief anymore, but nevertheless, Jasper still doesn’t care for me.

My mother says it’s because she’s a quiet person and he’s more used to her and I’m … not quiet. I don’t tend to do things delicately or silently when I’m home — away from home is a different story, but in my own space I’m a bit cacophonous. Perhaps it’s because I’m gone half the time and the process to get ready to leave or to return home requires me carrying a lot of stuff out of or into the house, and I don’t do so very gently or gracefully.

I also frequently come home smelling like other animals — I suppose that could be a big reason why. My cat seems to have accepted that I will often be other-creature scented, yet she manages to ignore it and is still happy to see me, so I’m still at somewhat of a loss regarding Jasper’s disdain.

Perhaps part of the reason is that I am the one who has to put on his flea and tick medication, which, if someone did that to me, I’d probably hate them, too, so I guess I can’t really blame him there.

It’s reasonable to assume that it’s a combination of some or all of these factors, but whatever the reason or reasons, it makes me sad to see him put his ears back or walk away uninterested when I try to give him attention.