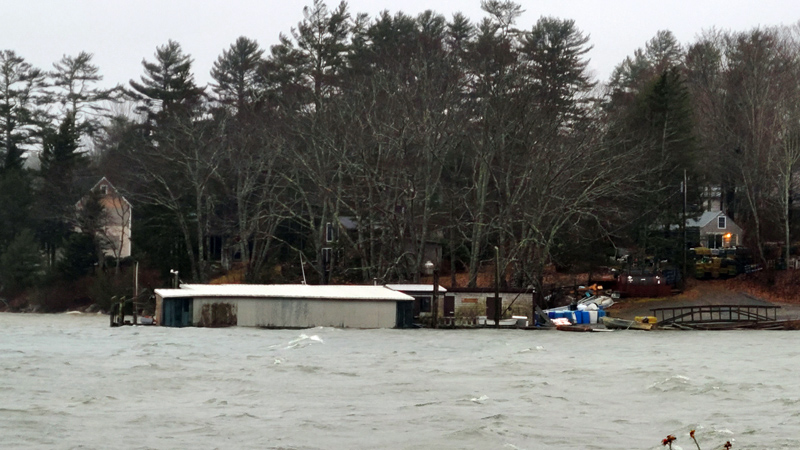 The Midcoast certainly took a pounding in the rain and high intensity storm just before Christmas. So many people without power and so many lineman and tree crews from far and wide working hard to restore the power while away from their families. Many thanks to all. It was very strange that the store and surrounding houses up and down the street were without power but we had it at our house that is behind the store. Not that we were complaining but we did feel sort of guilty!

Kendrick Wilson took a terrible fall at his home a couple of weeks ago. He broke his hip and underwent surgery at Miles. It has not been an easy time for him but Kendrick is a pretty tough Mainer, even at 92, and some have called him a Christmas miracle as he continues to mend. He has been moved to Cove’s Edge and looks forward to visitors and cards. He is in room 128A and the address is 26 Schooner St., Damariscotta, ME 04543.

Friday night dinners to go at King Ro are starting up again this Friday, Jan. 6 after the holiday break. It will be a delicious dinner of stuffed shells, Italian sausage with onions and peppers, garlic bread, and pineapple upside-down cake. Call 529-5380 to reserve.

There are some people in life that you are glad to have known and then there are some that it is an honor to have known. Roy Hudson certainly fell into the honor category. Roy passed away suddenly at his home on Dec. 22 despite the valiant efforts of the paramedics.

Roy was an example that we could all learn from and was considered a mentor to more than you could count, including me and B.J. He could be seen at King Ro at least twice a day on his breaks from work and inevitably there would be a group of people around him. He always had wisdom to impart, without ever realizing it, incredibly good stories, a smile for everyone, and a kind word along with an amazingly dry sense of humor.

Roy was the first to offer help whenever or wherever needed and never expected anything in return. He has left a huge hole in this community that can only be filled with all of our memories of him. The family is planning on having a gathering at a later date which I will be sure to include in my column.

Quote of the week: “Drive carefully on this road called life, because people will switch lanes on you without a signal.”