It’s back to the classroom this week! We hosted a number of programs for our school-age patrons last week, our toddler and baby book groups were bustling, we had young journalists writing newsworthy articles, and we had a teen creative-writing workshop!

Last week, Maia Zewert, of The Lincoln County News, hosted a free program at the library for fifth- and sixth-graders. These students wrote and edited their very own articles for the paper. They even took a trip to see the newspaper being made at The Lincoln County News and reported back that it was nothing short of magical. We are thankful to the students that participated and to Maia for all her time and energy.

We also hosted a successful Telling Room creative-writing workshop for teens (Write On)! We had incredibly talented participants who dove straight into their unique creative processes and produced beautiful stories and poems. Some of their work will be shared in Skidompha’s creative magazine “EPOCH,” with Volume IV due out in May. We are currently accepting submissions of creative work for publication; email your name, grade, and school along with your writing or artwork by Friday, March 1 to Kelsey, kgibbs@skidompha.org, to be considered.

Cheers to an excellent vacation week with Skidompha!

We had an amazing time at the recent “Through the Pages” costume ball. Thanks to those who came out in support of this important project. We are still calculating the funds we have raised and will issue a report of our fundraising progress in next week’s “Skidompha Skoop” column. We’re eagerly awaiting photographs from Dennis Boyd Photography and will post them online when we receive them.

Our half-price sale continues on all science fiction and fantasy — for children and adults – until Friday afternoon, March 1, when adventure-lovers may buy swashbucklers at half-price.

from workshop with Maia Zewert 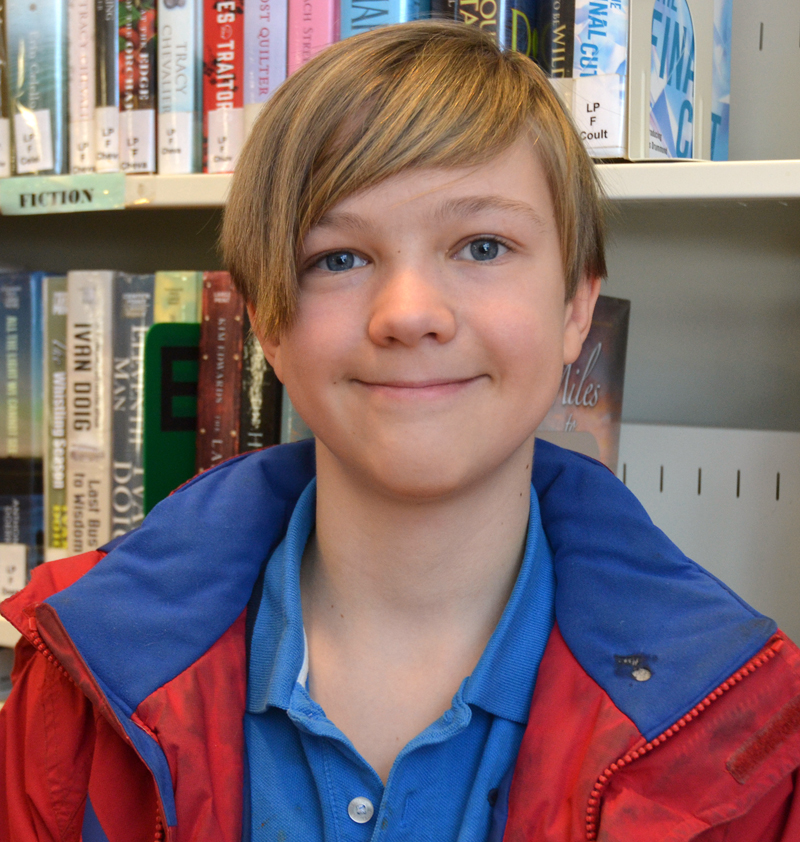 Skidompha Library is hosting a display of Penelope Moodey’s paintings in the Carey Art Gallery near Porter Hall.

Moodey uses acrylic paint, and sometimes cloth, in her work, which is mostly of nature and the moon.

One of the highlights of the show is a painting called “Spring Rush,” which uses vibrant blues, greens, and grays to depict rushing rapids below a mountain.

Each work is for sale. All of the money from the paintings is donated to Skidompha, according to Pam Gormley, the executive director of the library.

Moodey’s work can also be found in the Stable Gallery, at 26 Water St. in Damariscotta. 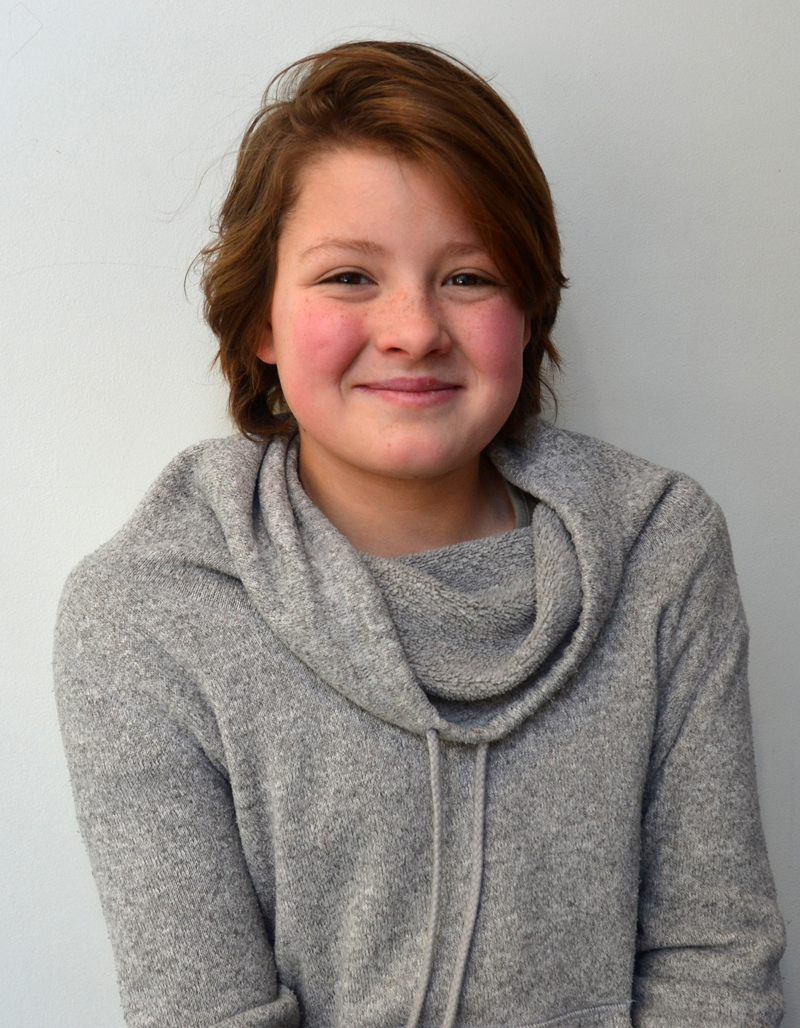 Jessie Trafton recently got the job as the children’s librarian at Skidompha Library.

At work, Jessie has many responsibilities. She does story time, picks out the new books, and gets rid of old books, which she calls “weeding the garden.” Since she had already worked at the library, she knew most of the staff.

Jessie said she likes kids and helping them find what they need. She wishes kids knew “that we don’t only have books. We have a telescope, museum passes, a ukulele, and more.”

When asked if she would recommend being a librarian, Jessie said yes, absolutely.

“You have to like people, not just books. You need to have social skills, and you get to help people find what they want,” Jessie said.

Jessie does story time for kids at Skidompha. The schedule can be found on the library’s website. 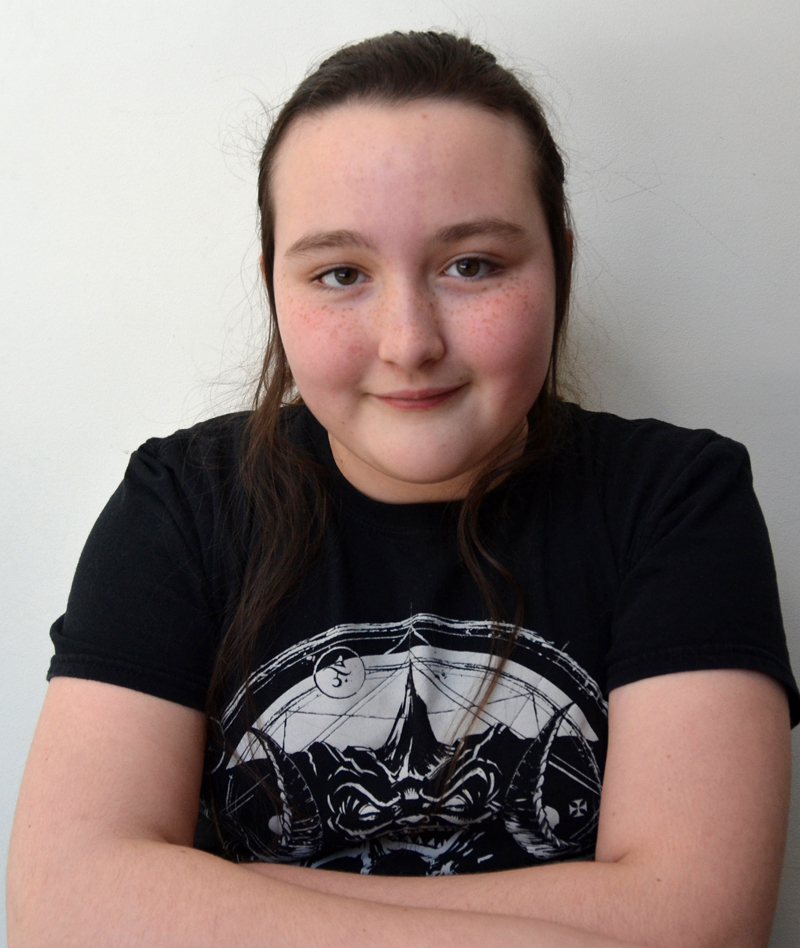 Dennis owns Dennis Boyd Photography. He flies a DJI Phantom 4 Pro mid-sized commercial drone. Dennis became interested in drones in 2015 and purchased his first one in 2017. He has five drones: one that crashed, two for work, and two for recreational use.

Dennis said that anyone can use a mobile device to fly a drone, and drones can go to an altitude of 400 feet without wavering.

There are many laws regarding drones, Dennis said.

“It’s a new industry, so there are more rules yet to come,” Dennis said.

Dennis typically flies over Lincoln County, and his favorite place to fly a drone is Pemaquid Point Lighthouse.

To look at pictures from Dennis’ drone(s), go to dennisboydphotography.com. 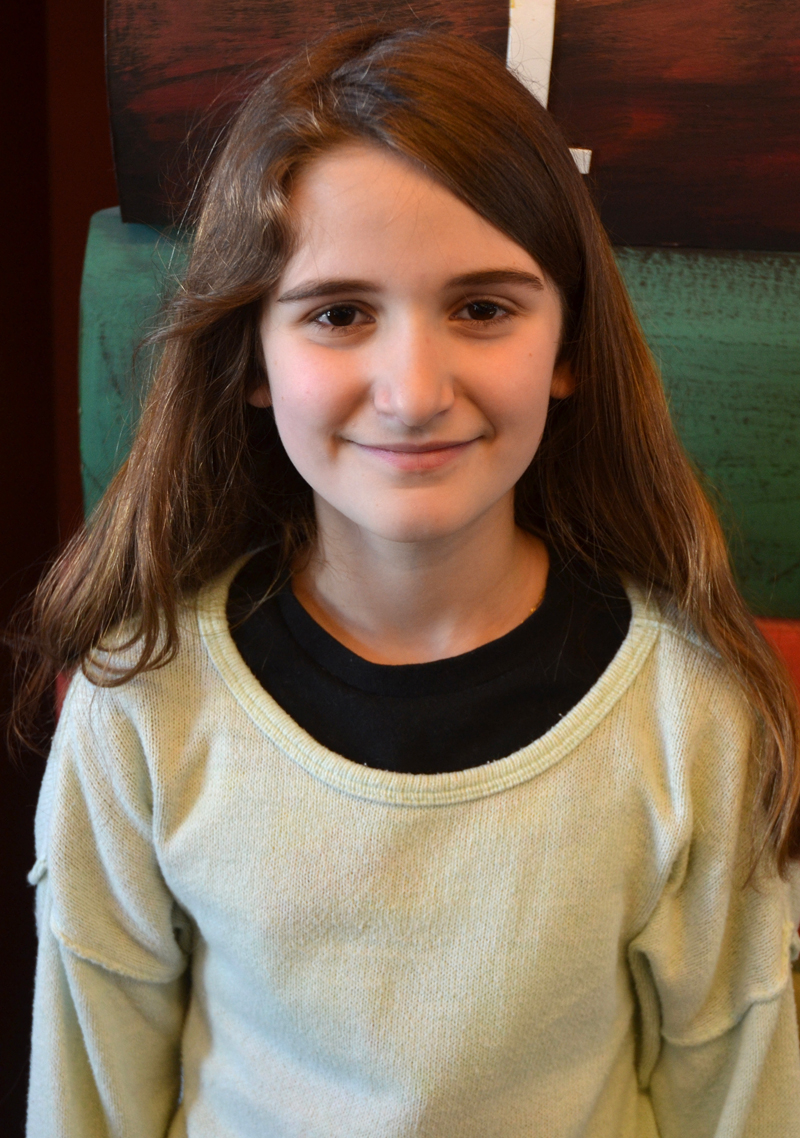 Visitors to Skidompha Library may see something out of the ordinary: an 11-month-old Dalmatian named Atlas.

Torie DeLisle, director of development for Skidompha, and her canine companion have been coming to the library together for the last six months.

Torie originally brought Atlas to the library so they could spend time together. Torie said Atlas was lonely because he was home alone all day. Even though Torie has another dog, she continues to bring Atlas to Skidompha for fun.

Atlas usually spends his time trotting around the library, saying hello to people, or sleeping in his own library bed, said Torie.

The majority of people are comfortable with Atlas.

Atlas is most happy in the children’s room because he loves kids, Torie said.

Even though Torie doesn’t bring Atlas every time she makes a trip to the library, she said she thinks he has a blast when he goes with her.

(Skidompha Library has been supporting our community since 1885 in downtown Damariscotta. You can find us online and view our full calendar at skidompha.org.)