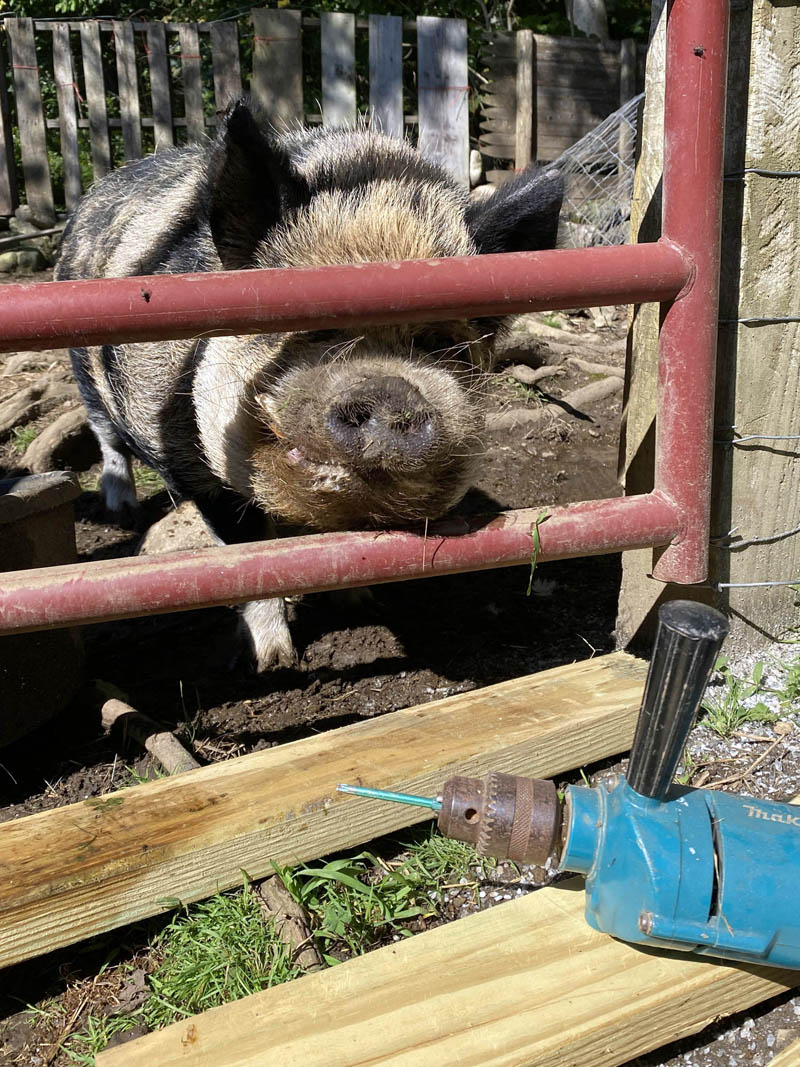 “But why not, Mrs. Dunn?” Pickles asked.

“Pickles, we’ve been through this before, it’s dangerous, and I don’t have time to supervise you,” I said to the little goat.

“But Earnest will supervise, and Ollie is tall and he can help too,” she insisted.

“No,” I said and returned to the house.

I could hear the little goat huffing and puffing in defiance of my motherly orders, and I suddenly had a memory of my own little self, asking my mother for a chimpanzee. I had fallen in love with Cheetah on the television show, “Tarzan.” I never got my chimp, but as I recall I never gave up hope for one.

That night at chores, Earnest the pig came to me, accompanied by Pino and Paco the donkeys.

“Mrs. Dunn, I have a scathingly brilliant idea,” the pig said.

“Have you been watching old Haley Mills movies again?” I asked.

“Oh, I just love her accent,” said Henneth, the blind chicken, who happened to be in earshot.

“We know we can’t have an oven in the barn, but may we use your oven? I will do the baking, Pickles can be in charge of sprinkles, and Pino and Paco are just the right height to get the cookie sheets in the oven,” the pig said.

“I love cookies,” said Paco. “I have some good poems about cookies.” Paco is our resident poet, as some of you might know, but that is an entirely different story.

‘We just want to make the old people happy,” said Pino. “They get sad. The cookies will help them.”

“It is wonderful to think to help, but remember what happened when you tried to bake me a birthday cake?” I asked.

“Oh, it was a bit underdone but we liked it!” said Earnest.

“It was not underdone, it was raw, because there was no oven,” I said.

“There was no oven because you wouldn’t buy us one. We did our best with the situation presented to us,” said Earnest. 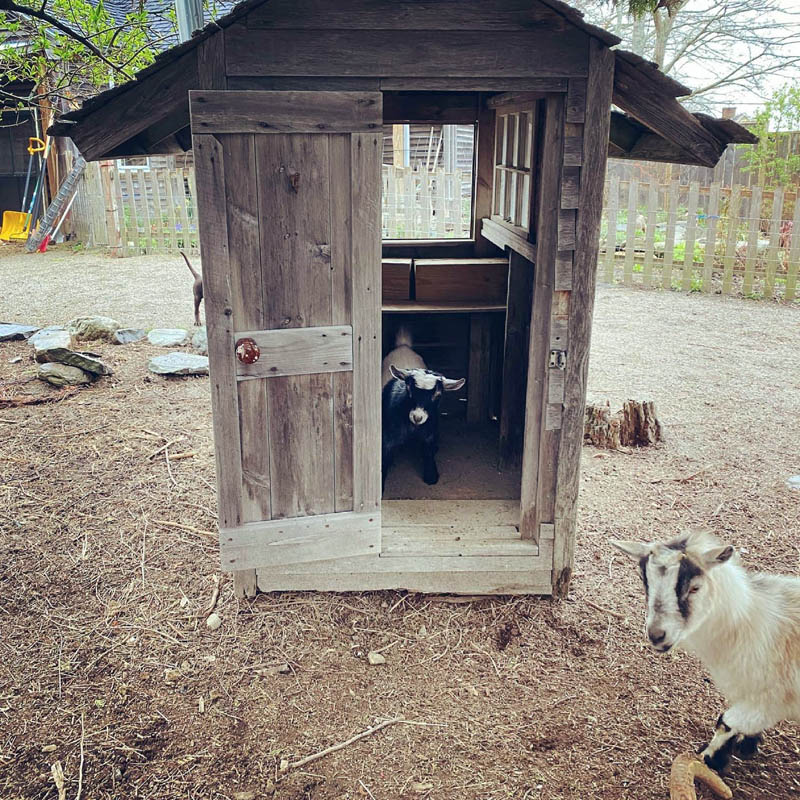 “Okay, look, maybe we can think of something else to do for our elder people at Cove’s Edge instead of baking them cookies? Think about it,” I said before going to finish chores.

‘Hmmm, something we can do for the old people requiring no baking,” said Paco the poet.

“Let’s put on a play!” said Pickles, who had just leaped off a hay bale into the mix.

“Oh, this is good,” said Earnest. “I love theatrical presentations.”

Days went by. It was eerily quiet in the barn during chores, I suspected something was up and one day Pickles ran over to me and asked,

“Mrs. Dunn, do you know how to make a whale costume?”

“We are putting on a play for the old people! We’re going to reenact ‘Moby Dick,’” said Pickles.

Just then Earnest walked by, with a hammer.

“Mrs. Dunn, can Mr. Dunn help me build a stage. It needs to have giant waves, too.”

(Katherine Dunn, of Apifera Farm in Bremen, is an artist and writer. Apifera, a nonprofit, takes in elderly and special-needs animals and shares them with elder people. Learn more at katherinedunn.us.)