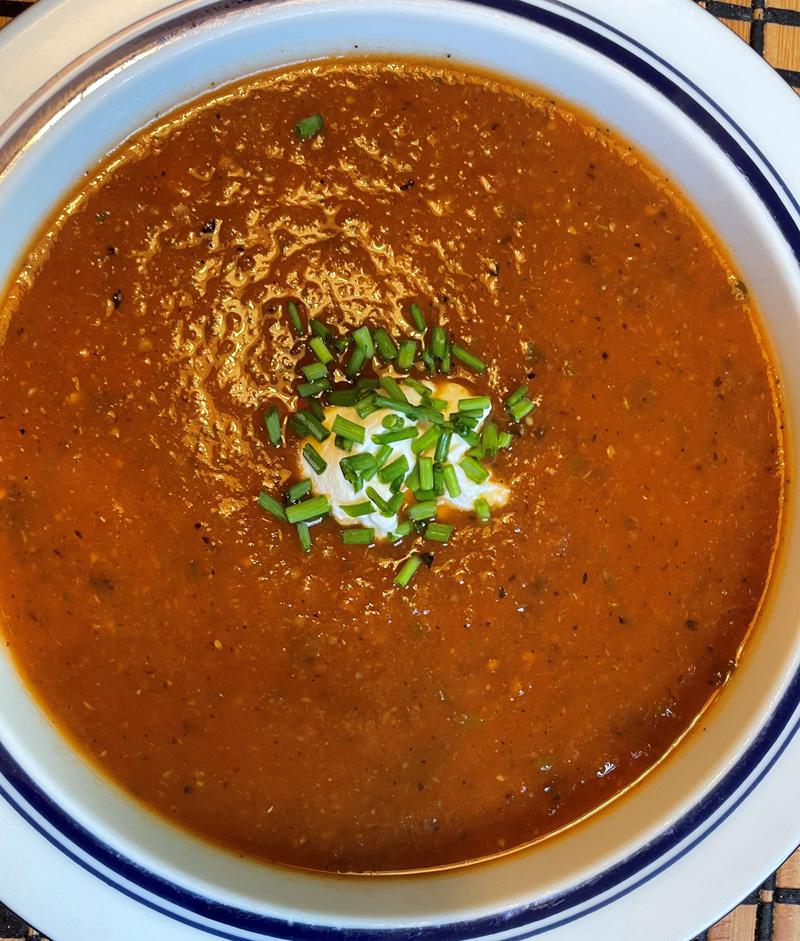 Farmers markets at this time of the year brim with mounds of bright red tomatoes with contrasting purple and variegated eggplants in their vegetable stands. And yet, in plant classification they are fruit and by botanical definition berries. Both are well known as edible, even though they belong to the nightshade family of plants, with some deadly relatives.

Cooks love them regardless of definitions, and despite their diverse origins, their flavors blend beautifully in a large variety of dishes. Eggplant or aubergine originated in South Asia, where it grows wild. It is mentioned in an ancient Chinese agricultural treatise in 544 A.D. and was part of both ancient Roman and Greek diets.

The tomato comes from western and central South America, was used in cooking by the Aztecs and was introduced to Europe after the Spanish Conquest of Aztecs. Wild tomatoes are small and were considered poisonous by some upon first introduction in Europe, and subsequently became known as “love apples” because of their bright color.

Mediterranean cooking often melds eggplant and tomatoes since eggplant beautifully absorbs the umami flavors of tomato and other herbs. This is a recreation of a recipe for a wonderful soup we had in a New Hampshire Inn many years ago.

This soup is best made with fresh tomatoes and Japanese or other thin-skinned eggplant that requires no peeling. If unavailable, use canned whole tomatoes (28 oz) undrained and 1-2 purple globe eggplants peeled and sliced in 1/2-inch slices.

Trim and slice 4-6 long Japanese eggplants in half. On a cookie pan spray with olive oil, salt with garlic salt and broil (or grill) on both sides until nicely browned.

Bring to boil and cook for 30 minutes. Cool a bit and puree in a blender in batches with a dash of balsamic vinegar. Adjust seasoning with salt and correct with water, if needed, to the desired thickness of the soup. 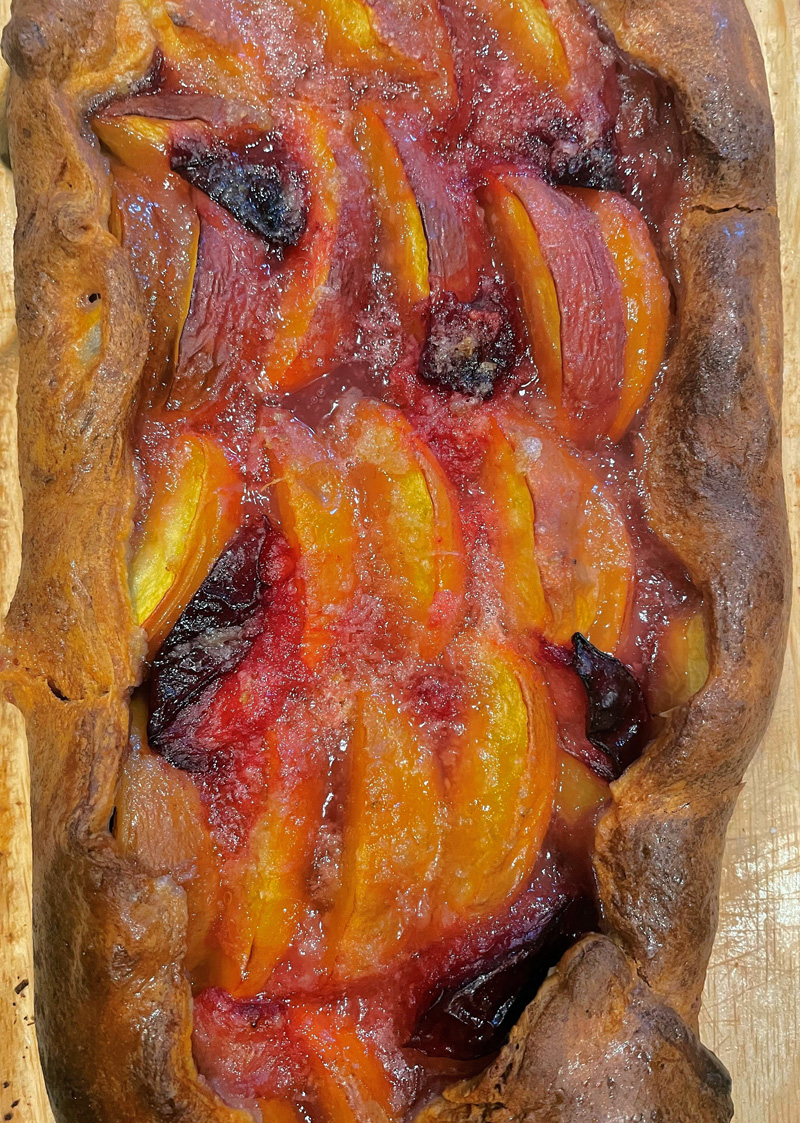 Serve reheated with a dab of sour cream and chopped chives for garnish.

Summer fruit tarts and galettes are delightful and visually impressive deserts. Each requires preparing a crust, which for a busy schedule can seem like an impediment for making such a desert. However, I recently discovered that the deli-case in several stores carries sheets of crescent dough, a perfect solution for preparing an easy fruit galette.

Preheat the oven to 400 degrees.

Roll out the sheet of crescent dough on a parchment lined cookie sheet. Gently pull the dough in an even rectangle.

Cut 3 large, pitted nectarines in quarters, and slice each quarter in 3-4 wedges. Lay the wedges slightly overlapping in rows crosswise of the rectangle, leaving 1-inch edges all around. Add pieces of plum or dried cranberries for contrast. Then fold the edges up, slightly over the edge of the fruit.

Spoon the filling over the fruit and sprinkle with additional sugar. Brush the edges of the dough with a tbsp of cream

Place in oven and immediately reduce the temperature to 375 degrees. Bake for 40 minutes. Remove to cool and serve warm or cold, plain or with a dollop of whipped cream or ice cream.

The bounty of fruit can come in different guises, all of them delicious and healthy. So, enjoy the fall and discover some new “fruit” for your table.