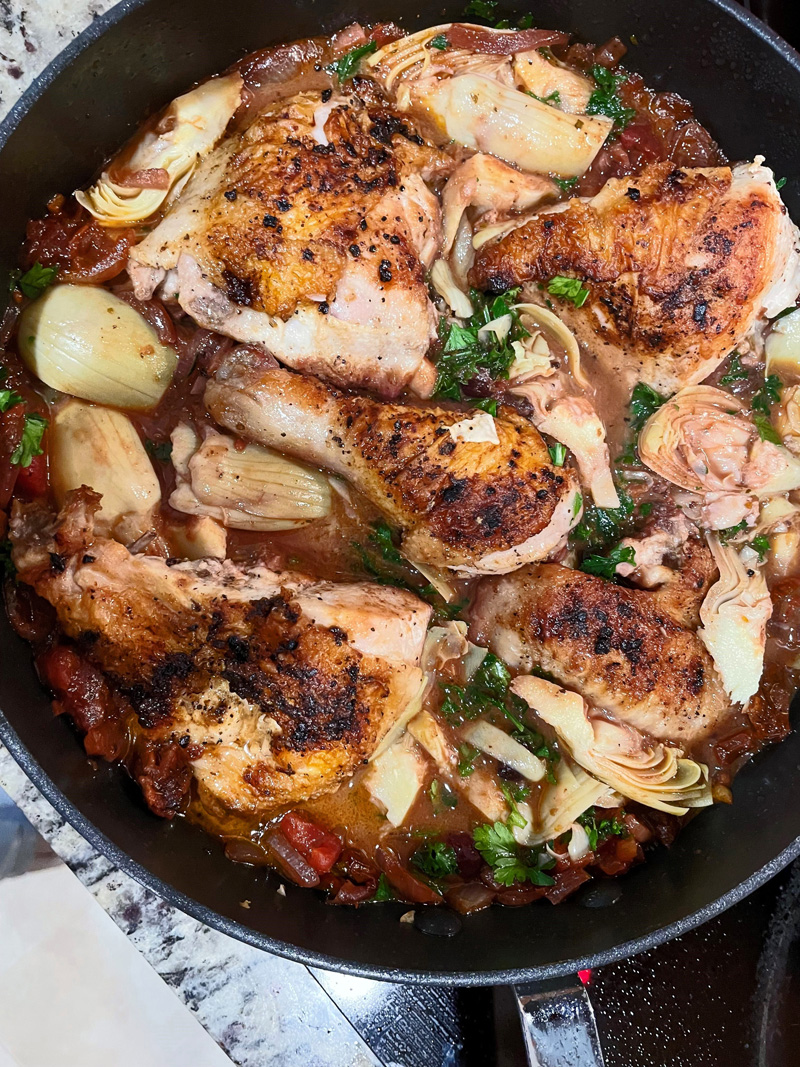 The days have definitely gotten longer as we approach midsummer, but the time allotted for weekday dinners seems to shrink disproportionately. Likely because the extended daylight allows us to cram in more activities in the evening, whether it be the local ballgame or just a lengthy chat upon a serendipitous meeting with your neighbor or a friend.

We savor such summer activities along with the abundance of summer produce. Only to wish for easy and quick ways to also savor the variety of summer bounty with a minimum of fuss. The following samples achieve all of that, each with its own bright flavors.

To assemble quesadillas, layer several slices of pastrami across four 9-inch flour tortillas, cover with a slice of Swiss cheese (optional), and spread the vegetable mixture over 1/2 of the tortilla and fold the other half over, pressing slightly. Fry each tortilla quickly in 1 tbsp grapeseed oil to heat through and brown. Serve with a dollop of sour cream and a side salad if desired.

You will need a large pan with a tight-fitting lid for this recipe. This dish can be made with skin on, half a chicken cut in pieces or only chicken thighs and drumsticks. Cut chicken breast in half crosswise, salt and pepper all chicken pieces, and cook undisturbed in 1 tbsp olive oil on medium heat 8-10 minutes. Turn once and cook additional 7 minutes until golden brown. Remove from skillet and set aside.

In the same pan saute 1 large onion halved and thinly sliced and 3 chopped garlic cloves for 5 minutes. Stir in 1 cup chopped tomatoes (fresh or canned and drained) and 5-6 julienned sundried tomatoes and cook for 7 minutes with stirring. Stir in 3/4 cup red or white wine, 1 tsp capers, and a shake of red pepper flakes. Bring to simmer, return the chicken to the pan, cover, and cook on low for 15 minutes. Stir in 1 can drained and rinsed artichoke hearts, 1/4 cup pitted and sliced Kalamata olives, 1/4 cup chopped parsley, and thin slices of zest from one lemon. Heat and serve. Refrigerate any leftovers and gently reheat for another meal.

Tortillas have become a staple in many households because of their versatility to adapt to an infinite variety of fillings. Large 9-inch and even burrito-sized flour tortillas are excellent for fajitas and quesadillas, and, in a pinch, also make excellent individual pizzas. Here is one of my summer versions of a vegetable pizza. 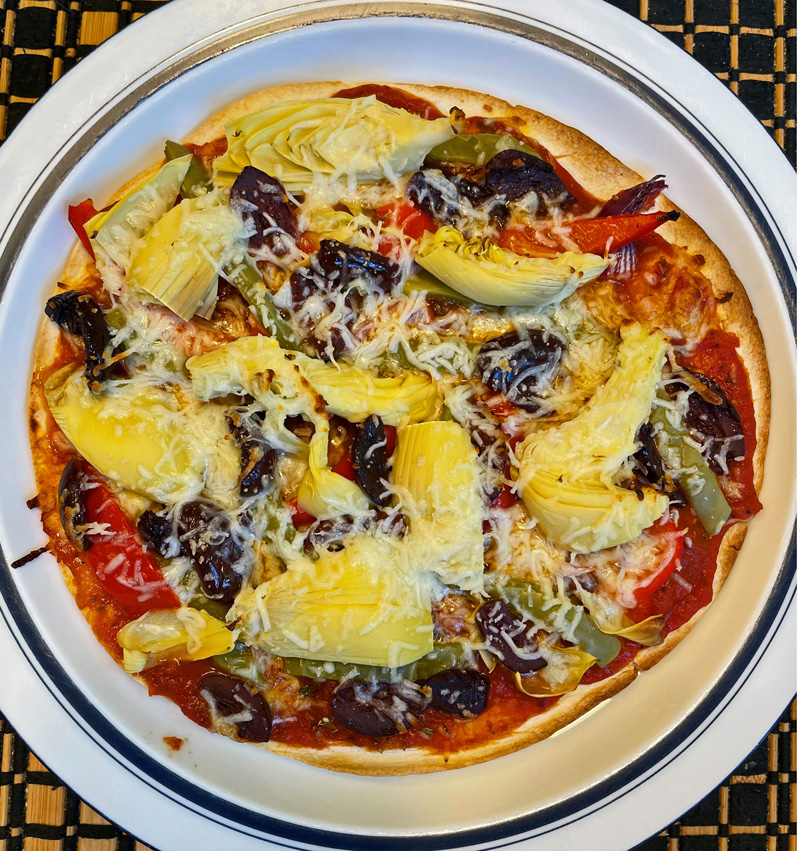 Preheat oven to roast at 450 degrees. Seed 1/2 red and green peppers and cut in julienne slices, pit and slice Kalamata olives for 1/4 cup, drain and rinse some artichoke hearts, quarter a few cherry tomatoes, and separate the rings from 2 thin red onion slices. Arrange 2 large flour tortillas on a cookie pan, spread with 2-3 tbsp of spaghetti sauce, and scatter the assorted vegetables on top. Sprinkle generously with oregano and some red pepper flakes (optional). Scatter mozzarella cheese on top and bake for 7-8 minutes until cheese is melted and the vegetables are slightly softened. Serve as individual pizzas and enjoy.

“Summer is icumen in, Lhude sing cuccu” goes the Summer Cannon round in Middle English, recorded sometime in the mid-1260s and preserved in the British museum. Now we would simply say “Summer’s arrived, Loudly sing cuckoo!” Enjoy!