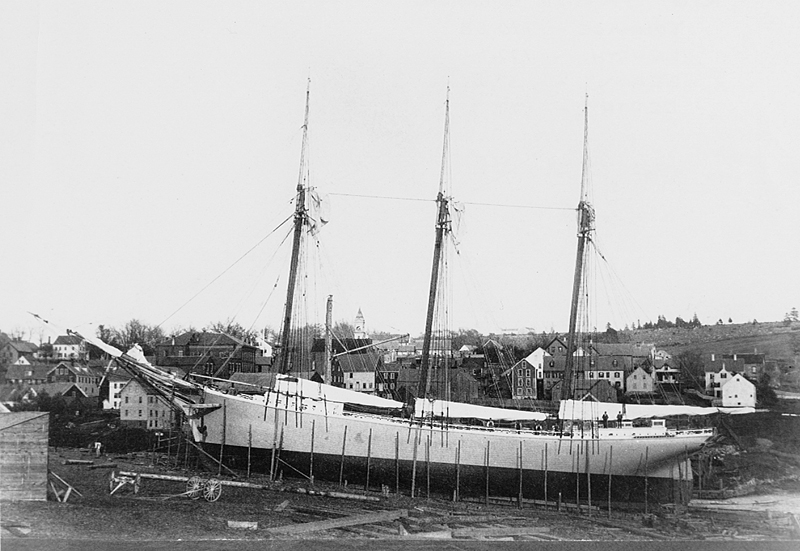 The Cooneys of South Waldoboro

Summer visitors very often come and go without leaving many concrete contributions to their communities they inhabit part time. An enormous exception to this idea in our town is the Cooney family, of South Waldoboro.

Dr. Jasper Stahl, the great historian, once wrote: “No family in Waldoboro has had more sympathy for the well-being of our community and promoted its interests so courageously.” Stahl was referring to the subject of this piece: John Jacob Cooney, his sons and daughter, his grandchildren, and his extended family who have lived, part- and full-time, in South Waldoboro now for well over 100 years. This is their fascinating story.

Cooney had established himself as a very successful businessman at a young age. Originally from Troy, N.Y., he had risen to be president of Cooney & Eckstein, purveyors in lumber (primarily yellow pine and railroad ties). Cooney & Eckstein’s main office was in New York City, but branch offices were located in Jacksonville, Fla.; Mobile, Ala.; Chicago; and Macon, Ga.; with shipping ports out of Florida, Alabama, and Texas.

On Nov. 10, 1881, Cooney took a Waldoboro girl, Miss Laura Sampson, for his bride, and soon after purchased 50 acres of land on Schenck’s (later known as Hollis’) Point, in the Sampson Cove area. In 1895, he bought 40 more acres, and over the years his family has added many more on both sides of Route 220.

Laura Sampson Cooney, his new wife, would have been very familiar with this area: her direct ancestor, Andrew Schenck, the original settler, had built a home here and had been part of the early colony of Broad Bay, along with Sampsons, Watermans, Thomases, and about 20 other families.

John and Laura Cooney were to construct their lovely two-story summer estate, named “Glenhurst,” in the footprint of Schenck’s cabin.

Three children were to be the issue of John and Laura Cooney and were to come to love Glenhurst, the forests and the salt water of the bay. Madalene Waldo Cooney was born in 1884, Carroll Trowbridge Cooney was born in 1887, and Russell Schenck Cooney in 1891. (Note the inclusion of Waldoboro history with their middle names.) The boys grew to be successful businessmen in their own right — Carroll Cooney as secretary-treasurer for Cooney & Eckstein, and Russell Cooney became a New York stockbroker.

Madalene Cooney was to marry into the Syracuse family of Hemingway (more on that later), but as an 8-year-old, was treated to a great honor by her dad – having a Waldoboro ship built and named for her.

On a cold November day in 1892, the family and hundreds of other interested people gathered at the A. R. Reed shipyard (the present town landing) to witness a spectacle once common in town but now rare – a launching. John Cooney’s project, hiring a Mr. Reed to build a schooner and give work to 100 or so Waldoboro mechanics, was a boon to the community. Familiar names labored on the 177-foot vessel: George Welt, general supervisor; George Young, master mechanic; Miles Standish, chief caulker; the David brothers, riggers; and sails by Lane and Jones.

Capt. Millard Wade was the skipper, and the ship was scheduled to be towed to the Kennebec River to load ice. We can just imagine 8-year-old Madalene Cooney’s excitement as she hurled the bouquet of Waldoboro flowers and exclaimed the famous words “I christen thee Madalene Cooney,” and then to watch with her whole family as the three-master slid gracefully into the Medomak River.

Carroll and Russell Cooney both attended Yale University and graduated in 1909 and 1914, respectively. Carroll Cooney, weighing 275 pounds, was an outstanding all-American football player and squash participant while in college.

Shortly thereafter, World War I made its appearance, and the citizens of the United States turned to ways of helping their allies in the struggle, prior to the U.S. entering the combat. Money was requested from all areas, including from towns big and small. Six so-called Liberty Loan Drives introduced this need in Waldoboro, and at first, folks were reluctant to donate. Gradually attitudes changed and the drives in toto were a success. However, standing quietly and anonymously behind each drive was John Jacob Cooney, who had given the assurance that he would buy up any unsold portion of Waldoboro’s allotments.