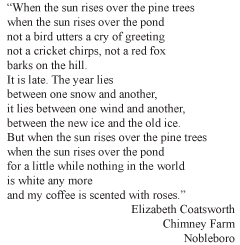 Lincoln County Historical Association will host lectures and programming this summer that highlight the work of historic women writers who called Lincoln County home. Presentations will be given by award-winning Maine mystery writer Kate Flora, New York Times No. 1 bestselling author Elizabeth Letts, and celebrated poet Gary Lawless, among many others.

An exhibition on Women Writers of Lincoln County will open at LCHA’s Museum at the Old Jail in Wiscasset in June. LCHA’s summer calendar will be available in coming weeks on the organization’s website.

Current Lincoln County writers who would like to participate are encouraged to contact Alice Smith Duncan at a.smithduncan@gmail.com for more information. 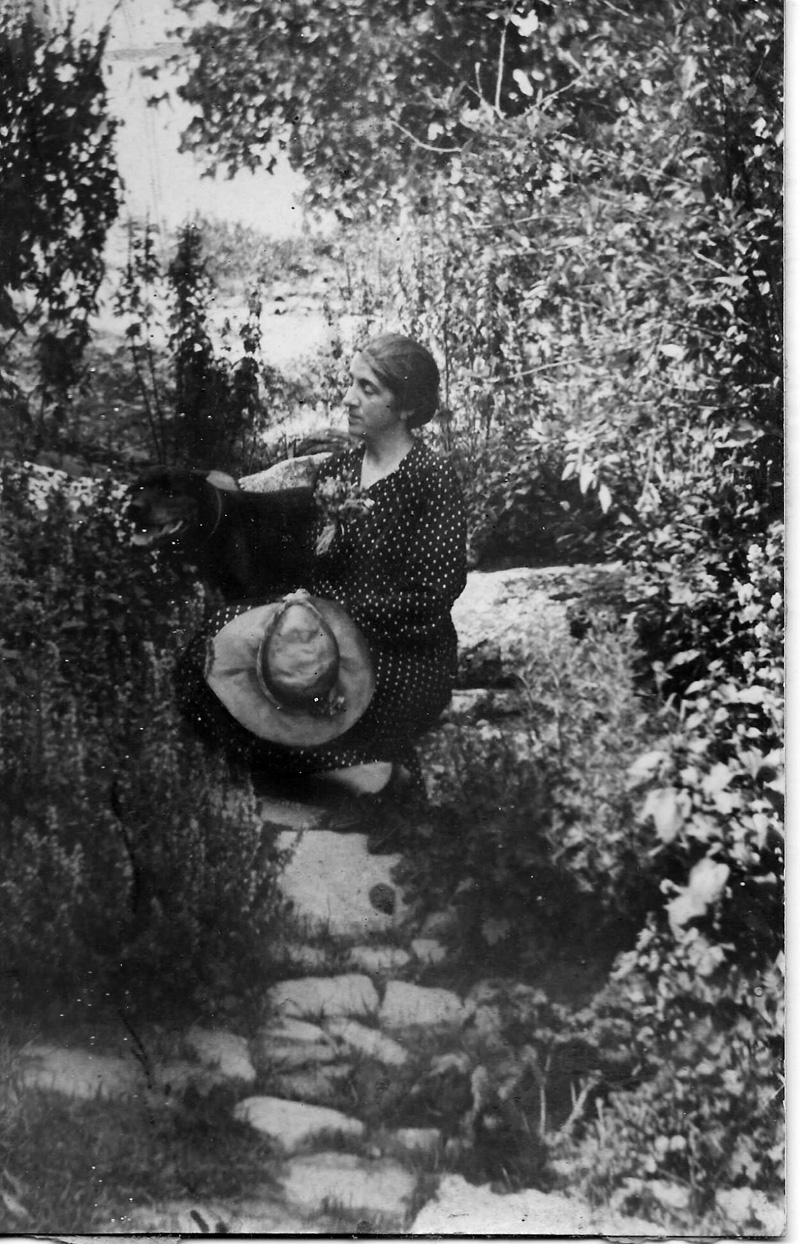 Elizabeth Coatsworth in the herb garden at Chimney Farm.

LCHA is collaborating with The Lincoln County News, Skidompha Public Library, other area libraries, bookstores, and businesses to celebrate the rich literary history of the region. Organizations who would like more information about hosting an event should contact LCHA Executive Director Shannon Gilmore at lchamaine1954@gmail.com.

The following article by Laura McCandlish, a Brunswick-based journalist, appeared in the LCHA newsletter in March, based on an interview with Lawless, who with his wife, Beth Leonard, owns Gulf of Maine Books in Brunswick.

Prolific poet and writer Elizabeth Coatsworth penned an estimated 127 titles while living for decades in an early 19th-century house at lakefront Chimney Farm in Nobleboro.

In 1931, Coatsworth won the Newbery Medal for “The Cat Who Went to Heaven,” practically her sole work still in print.

After marrying relatively late in life in 1929, Coatsworth and Beston first spent an idyllic season on an unspoiled Damariscotta “Pond” (no motorboats, fewer waterfront cottages then) living among loons on a houseboat owned by local artist Jake Day. She wrote that adventure into another admired children’s book, “Houseboat Summer” (published by Macmillan Co. in 1942, illustrated by Marguerite Davis).

Transcending genres, Coatsworth’s books ranged from poetry to memoir to a Random House four-book adult fantasy fiction series set in Maine. She penned young adult novels about Vikings coming to North America, Native-Americans in the Southwest and the “Away Goes Sally” children’s historical fiction series featuring an ox-sled-drawn log cabin in a family’s wintertime move from Massachusetts to Maine just before the War of 1812.

A geography primer taught in third-grade classrooms, at least around Rockland, featured a young girl riding cross-country with her parents, from Maine to California. Coatsworth reviewed her own rich life in “Personal Geography: Almost an Autobiography (1976).”

“There are certain figures in 20th-century literature that disappear, and shouldn’t,” said Lawless. “Kids books are timeless.”

The couple inherited the farmhouse plus three acres when Barnes, who phoned them almost daily, reciting poetry at all hours day and night, died in 2013.

Upon graduation from Vassar College during World War I, Coatsworth journeyed to Asia, including the Philippines, Japan, China and Mongolia’s Gobi Desert. Those travels inspired her first book of poetry, nominated for both the Yale Younger Poets and the Borzoi prizes, Lawless said.

Coatsworth later traversed Morocco and Tunisia on camelback and Guatemala on a donkey. Then she took her young daughters throughout Europe.

“They loved to travel, and when they did, she’d gather material for a kid’s book,” Lawless said.

As an elderly Coatsworth grew ill, daughter Kate returned to Maine. Before her mother’s death, she asked Lawless to republish her mother’s prize-winning chapbook of poetry, “Fox Prints”.

“So her first book was her very last, too,” Lawless joked. And at the end of Coatsworth’s funeral in the pasture next to the farmhouse, Kate asked Lawless to read two of her mother’s poems “so that she had the last word.”

“I have always hated to wait for things,” Lawless read from “Personal Geography.”

“I think I will go to meet whatever it is.”

Visit the gravesites of Coatsworth, Beston and Barnes in the family cemetery at 617 East Neck Road, Nobleboro.

Lincoln County Historical Association was founded in 1954 by local artist Mildred Burrage. Its mission is to collect, preserve and interpret the history of Lincoln County, Maine, which once extended from Brunswick to Canada. Key to its work is the stewardship of three historic buildings: 1761 Pownalborough Court House in Dresden, 1811 Old Jail in Wiscasset, and the 1754 Chapman-Hall House in Damariscotta.