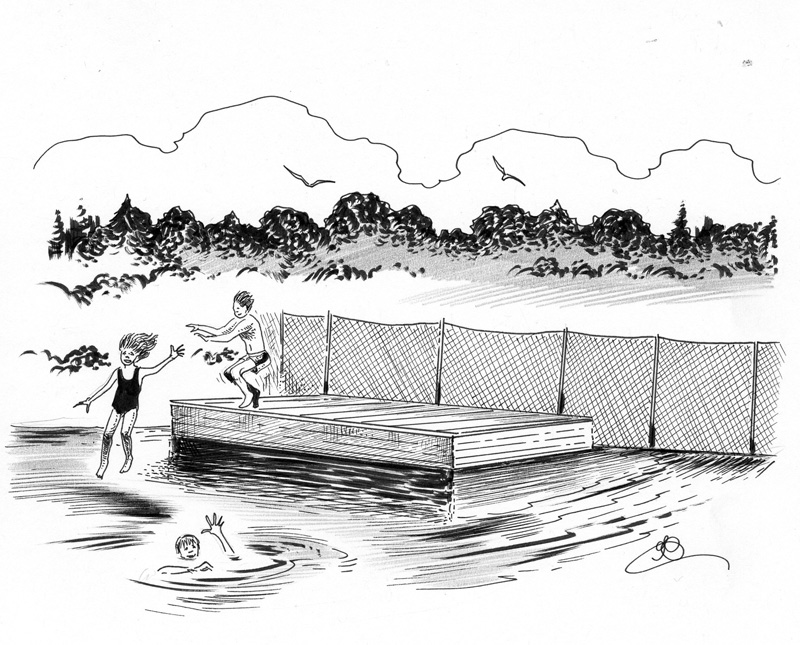 Almost two years ago, Bristol town officials surprised us with discussions about the potential removal of the Bristol Mills Dam.

In the nearly two years since, we have learned much about the dam, the adjacent fish ladder, and how both function and impact the Pemaquid River.

On Tuesday, Bristol voters will go to the polls to decide the fate of the dam.

We often use this space to encourage voter turnout, but we have a feeling folks will turn out for this one without any prompting from us.

The pros and cons are clear.

A yes vote on Question 1 will preserve the dam and the swimming hole and lead to the replacement of the barely functioning fish ladder, which limps along each year with much labor and ingenuity from a small group of volunteers.

The fire department says it can best serve the town, and especially the village of Bristol Mills, with the dam in place, a consideration no one should take lightly.

A yes vote on Question 2 will remove the dam.

The town would create new swimming facilities upstream at Ellingwood Park, though it acknowledges it could not re-create the conditions at the dam, with its deeper water and cannonball platform.

Some say the park can provide adequate access to fresh water for the fire department, though the fire chief disagrees, and until some of these other folks spend 50 or so years fighting fires in Bristol, we tend to give great weight to his opinion.

Were the fish better organized, we suspect they would endorse a yes vote on Question 2.

But perhaps the biggest hurdle for supporters of Question 2 is, it’s all a bit abstract. We hate to be “science doubters,” but it’s theory. And if the engineer is wrong about the ability to control water levels without a dam, if no one uses the new swimming hole, if the fire trucks struggle to negotiate this new access to the river, there’s no going back.

Whatever the results, supporters of Question 1 and Question 2 should unite after the vote to make the project the best it can be.