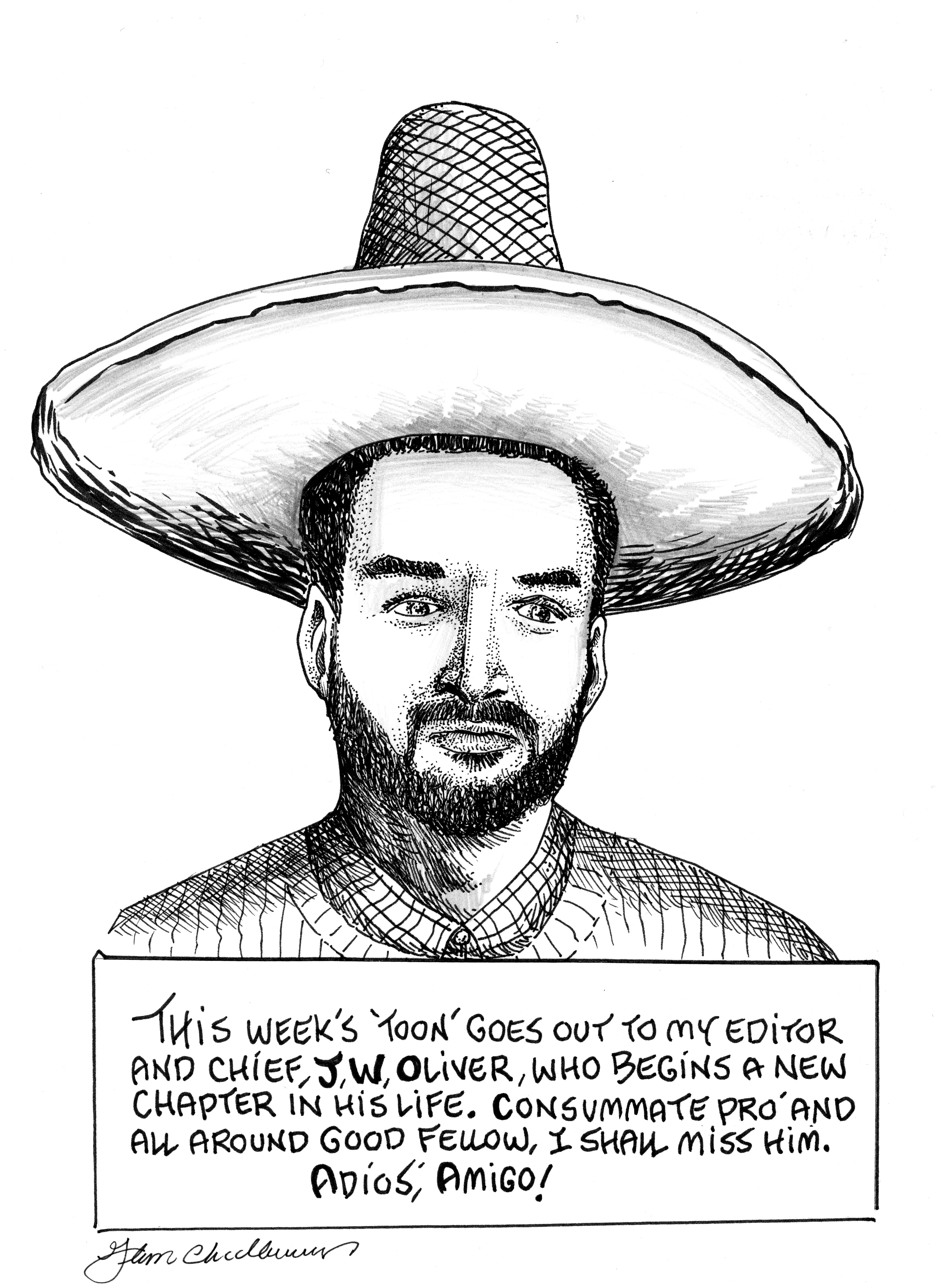 I have considered it an honor to serve as editor of The Lincoln County News, my hometown newspaper and one of the county’s most important institutions.

As announced in this space three weeks ago, my last day is Friday, June 18. I will start work as editor of the Harpswell Anchor on Monday, June 21.

Over the weekend, I will transition from a role as leader of a newsroom at a 146-year-old weekly with seven full-time and two part-time news employees who cover a county with 19 municipalities and 35,000 or so residents to a role as the sole news employee of a 1-month-old newspaper with an experimental business model that covers one town with a population of 5,000 or so.

Why? Well, a couple reasons.

Anyone who works at a newspaper takes an interest in the sustainability of newspapers. When you tell someone you work as a newspaper editor, they give you a sad look and ask quiet and sensitive questions about the health of the industry and the newspaper.

Their words ask those questions; their voice and their eyes say, “Call me when you need a ride to the unemployment office.” It’s nice to have support.

The challenges for newspapers are no secret. I hate it when people call newspapers a dying industry. And yet: More and more people find their news online — if they consume news at all — and expect it for free. More and more businesses market their products and services online.

The Lincoln County News is faring better than most newspapers, as I often explain when I receive these sad-face inquiries. I attribute this to a few factors.

The Lincoln County News has local owners who believe in the mission of the newspaper to serve the community and prioritize this mission over profit, unlike the chains and hedge funds that have gutted hundreds of American newspapers. Thus, they invest more in news and produce a better product.

Lincoln County has many older residents who prefer to read a print newspaper, and a tight-knit community with many residents of all ages who make a conscious effort to support local businesses.

The LCN is not going anywhere — but many other newspapers have. And when a community loses its newspaper, it loses an institution that connects, engages, and informs the community. The community becomes less of a community. Research shows that government becomes less effective and efficient without a reporter around to attend meetings and ask questions.

So we journalists tend to take an interest in the sustainability of journalism — community journalism in my case.

The new Harpswell Anchor has a business model different from any other small-town newspaper in Maine, but one that has become more common elsewhere in the country.

A nonprofit, Harpswell News, publishes the newspaper. The newspaper sells sponsorships instead of advertisements and raises money from donors, just like a land trust or a museum or a private school.

The opportunity to work with this organization to demonstrate a new path for community journalism in Maine was attractive to me. Is it the right model for every community? I doubt it. But I think nonprofits have a role to play in the future of community journalism.

Another reason is, I miss being a reporter.

When I moved from reporter to deputy editor and then editor, I tried to stay active as a reporter. But over the years, I found that I could not dedicate a significant amount of time to reporting and be an effective manager too. Maybe someone else could. But for me, something had to give, and for the most part, reporting gave.

I have become more or less an administrator or, as I often call myself, a desk jockey.

As the sole news employee at the Anchor, I will spend much of my time as a reporter again. I look forward to that — and to the challenge of covering a new community.

If I was to say something about everyone who works in the building, or each of our columnists and correspondents, it would take up the whole page. I appreciate them all. But I will share just a few words about my team in the newsroom.

When Nettie Hoagland moves on to a big city and new opportunities, our readers will miss her vibrant feature writing.

Our newest reporter, Nate Poole, rose to the top during our hiring process with his maturity and professionalism, as well as his enthusiasm for journalism and his writing skills.

Bisi Cameron Yee combines an artist’s eye and a lyricist’s pen with conscientiousness and hard work — the Waldoboro area is fortunate to have her as a reporter.

I remember Evan Houk describing his application as a last-ditch effort to find work in journalism — lucky for us, he didn’t give up and has become an excellent and well-rounded journalist.

If any weekly newspaper anywhere has an editorial cartoonist with the imagination and skill of Glenn Chadbourne, I have yet to hear of it.

Jill Rice, the editor of the editors, makes me look better every week.

When Maia Zewert returned to our news operation in February after a foray into the business side, it wasn’t just good for Maia, it was good for the newspaper, the community, and the industry.

Charlotte Boynton is my friend, mentor, and confidant. At 89, she had the lead story on our front page two weeks ago.

The entire Roberts family shows extraordinary dedication to this community, not only through their commitment to the newspaper but in countless ways outside this building.

Finally, thank you to you, our readers and supporters. Please continue to support your newspaper.