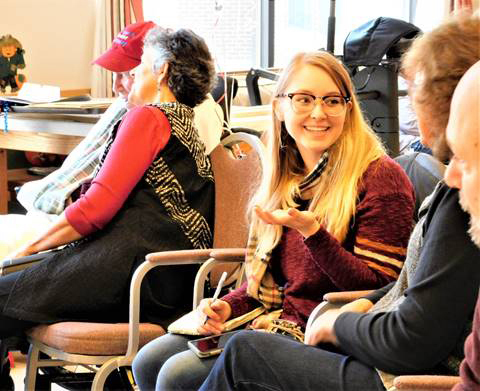 Upon hearing of his then-upcoming birthday at a recent meeting of the Alna Board of Selectmen, Jessica took the initiative to contact family members for an invite to Ken’s Nov. 15 birthday party at the Maine Veterans’ Home in Augusta.

Jessica spent well over an hour interviewing and photographing Ken and his family – even sharing birthday cake and punch. She was a delight and brought out stories some had never heard. With access to the book of memories being passed around and later sent to extended family, she put together a picture of Ken’s life in Alna and beyond.