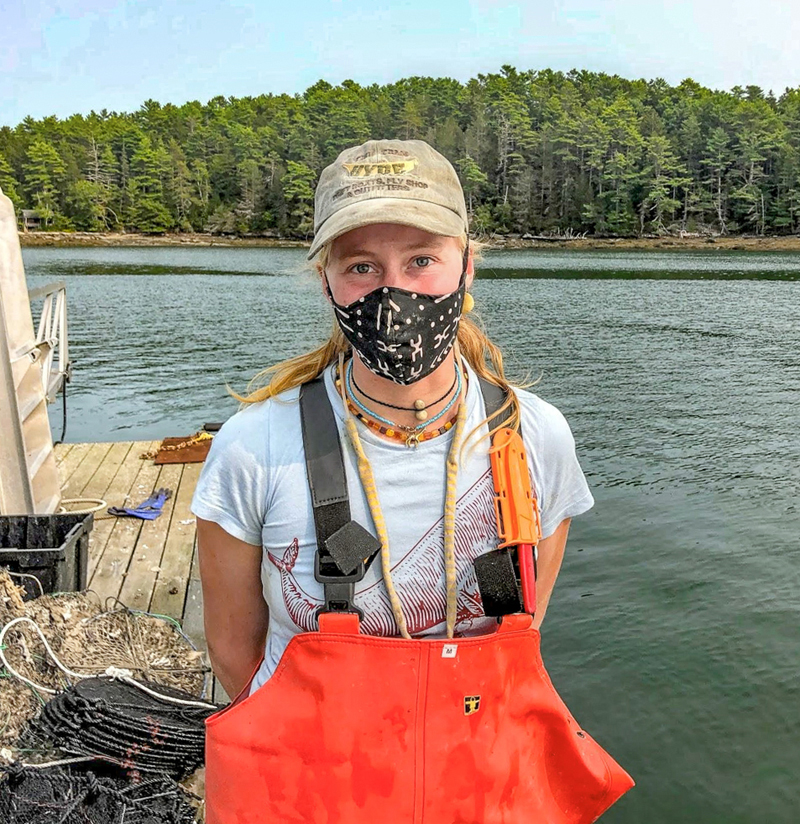 Esther Essie Martin, of Newcastle, works at the Brady Lab at the University of Maine’s Darling Marine Center.

It has certainly been a strange time to be a student, a scientist, and an American. Some things still seem almost normal: I brush my teeth every morning, winter has no mercy, and research continues.

This year, I have been lucky to work in the Brady Lab at the University of Maine’s Darling Marine Center. Together with UMaine School of Marine Sciences graduate students Struan Coleman, Thomas Kiffney, and Robert “Bert” Cuddy, I am investigating the potential role that kelp and other marine vegetation play in storing carbon in estuaries like the Damariscotta River. It is important to understand the role of blue carbon — carbon that is sequestered in the marine ecosystem — as we develop strategies to cut our carbon budget as a state, which is one of the goals outlined in the recently released Maine Climate Action Plan from the Maine Climate Council. Aside from being a great tool to capture carbon with, kelp is also a great food resource and part of the rapidly growing aquaculture industry in our state with the potential to contribute considerably more than it does currently to our local economy. 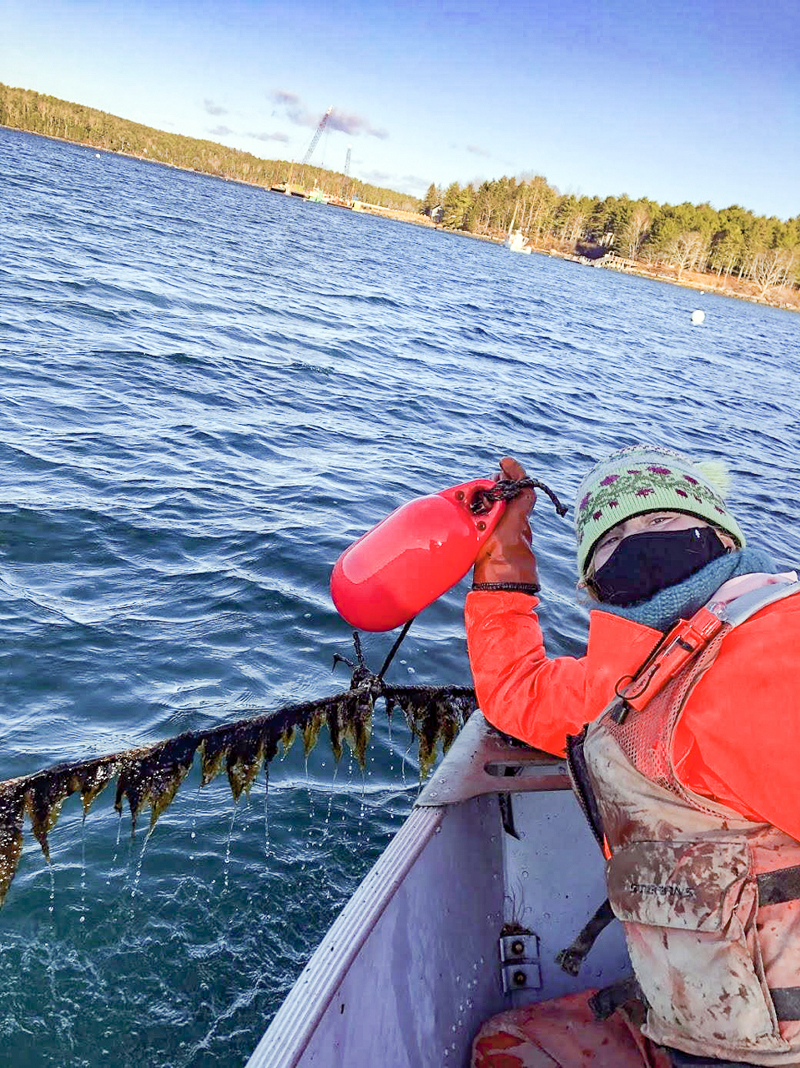 During her internship at the University of Maine’s Darling Marine Center, Essie Martin grew kelp in the center’s experimental sea farm.

We are growing kelp at the Darling Marine Center’s experimental sea farm in Lowes Cove, and collecting sediment near the farm and several other locations in the Damariscotta River to look for traces of kelp in the ecosystem. With our outdoor fieldwork we face new realities of masks and distance, as well as the old realities of cold and wet fieldwork as we gather our data.

In October we seeded kelp on the farm, carefully deploying the young kelp that had attached to twine sourced from Sarah Redmond, who operates Springtide Seaweed in Gouldsboro. This twine is wrapped around 125 feet of thicker line, and held in place against the strong tides and sea ice of the river by two mushroom anchors and two moorings. We marked our work with bright buoys labeled “sea farm” and left our crop to grow.

None of us had ever grown kelp before. The process was surprisingly simple when compared to other sea farming like growing scallops, mussels, or oysters.

In November, it was time to check on our crop, and determine growth rate by measuring the mass and length of the kelp. When Struan and I pulled up the line it was great to see baby kelp waving through the water, golden opaque brown in the sunshine. It was an amazing moment — we’d grown kelp for the first time, in winter, in Maine, during a pandemic. We did a little dance and snapped a few pictures before getting back to work.

We harvested kelp blades to be measured and weighed in the lab, careful to include the full blade, stipe, and holdfast.

I love my job at the Darling Marine Center. I love how excited we get about kelp and growing food from the sea. I love that on long days measuring seaweed in the cold we share jokes and get our work done, freezing masks, pandemic and all. Thanks to Professor Damian Brady, my research will extend into the summer of 2021 allowing me to continue collecting and analyzing sediment and completing the kelp growth study at the Darling Marine Center.

(Essie Martin, of Newcastle, graduated from Lincoln Academy in 2017. She is currently an undergraduate at Bates College majoring in geology and minoring in chemistry.)

Founded in 1965, the Darling Marine Center’s mission is to connect people to the ocean. The Center’s researchers, staff and students work alongside fishermen, aquaculture entrepreneurs, marine industry professionals and other members of the community in Maine and around the world. For more information, go to dmc.umaine.edu