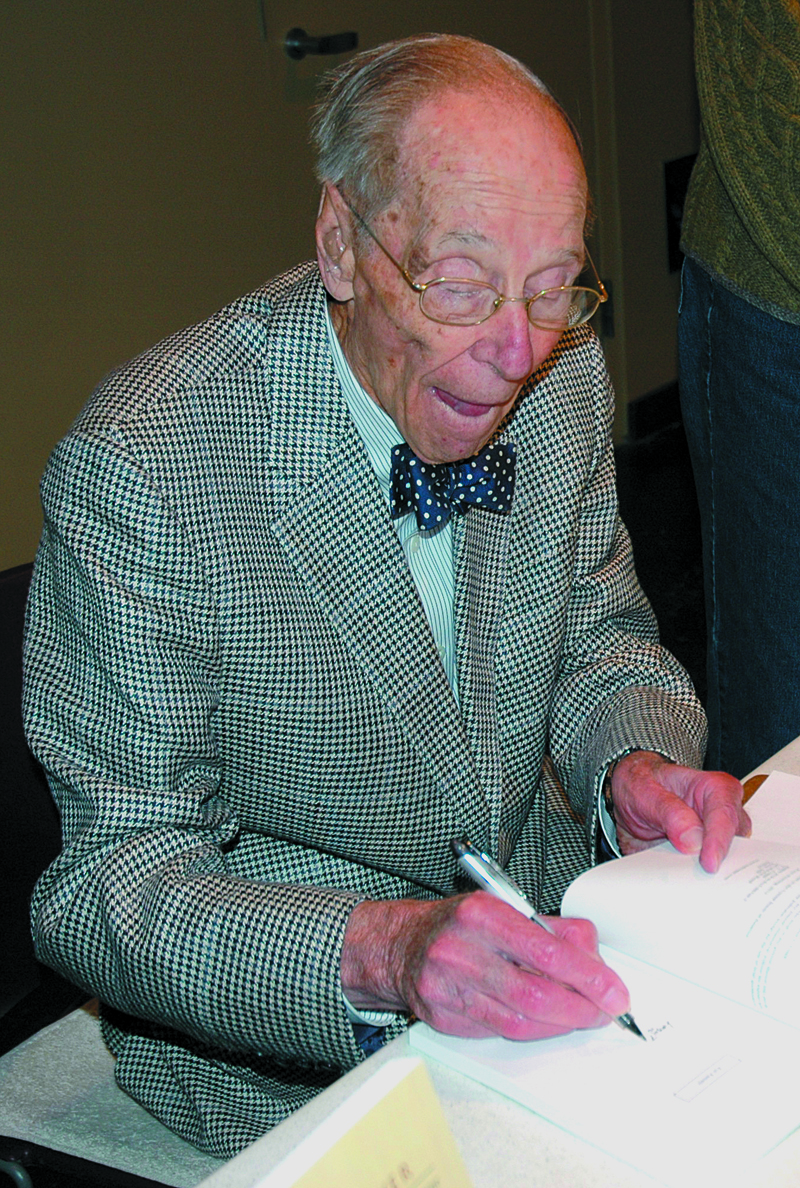 Ted Clapp signs a copy of his first book at Skidompha Library, Damariscotta, in 2013. The former Lincoln County News columnist passed away Aug. 19 at the age of 99.

We would be remiss if we did not note the passing of Ted Clapp at the age of 99.

The Rev. Clapp, formerly of Waldoboro, Damariscotta, and Alna, wrote the “View from the Bridge” column for The Lincoln County News for a good many years.

Later, he collected many of these columns into a book, “Tell Me About the River,” becoming an author at the age of 94. (We think there was another book later, but can’t come up with the title offhand.)

In addition to the distinguished career outlined in his obituary, Rev. Clapp was a Connecticut state champion in fencing while in high school.

In his writings, he was an evangelist for the Damariscotta area, a philosopher, and a student of nature.

We will leave our readers with a final quote from our former columnist, about his beloved Damariscotta River:

“While out walking, I take a cue from the heron. I do a lot of standing. It’s surprising what one can see and hear and taste and smell when standing still. My little inlet is alive with schools of darting fish which bunch and swerve and disappear. My mind goes underwater with them for a few moments, and I feel the difference of another world.”