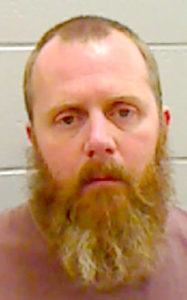 A Bristol man faces a charge of aggravated cruelty to animals after allegedly shooting and killing his 6-month-old fox terrier with a .177-caliber pellet rifle.

Shawn Wilkie, 41, could face an additional charge of false public alarm or report for initially telling police someone else had shot the dog, according to a press release from the Lincoln County Sheriff’s Office.

On Saturday, July 9, at 5:55 p.m., Lincoln County sheriff’s deputies and a county animal control officer responded to Old County Road in Bristol for a report that a dog had been shot.

The dog’s owner, Wilkie, said he had been inside his home alone and the dog had been tethered outside, according to the press release. Wilkie said he heard two gunshots and heard the dog yelp, then went outside and found that his dog had been shot.

Officials took the deceased dog to the Midcoast Animal Emergency Clinic in Warren for an autopsy.

A Maine State Police K-9 unit arrived at the Bristol scene to search for spent shell casings, but did not find any.

The examination of the dog’s body revealed that the dog had been shot with a .177-caliber pellet and eventually died of internal bleeding, according to the press release.

According to Murphy, the dog was alive and in pain for 45 minutes to an hour after the shooting and Wilkie allegedly did not attempt to help the dog.

Further questioning revealed that Wilkie owned a “high-powered” .177-caliber pellet rifle. He then admitted to shooting the dog, according to the press release.

“Wilkie claimed to have shot the dog by accident while attempting to shoot a chipmunk,” according to the press release.

The type of pellet rifle is used for competition, as well as for pest control and hunting small game, according to websites that sell similar pellet rifles. The pellet “traveled quite a ways through the dog,” Murphy said.

Wilkie was arrested on a class C charge of aggravated cruelty to animals, a felony, and taken to the Two Bridges Regional Jail in Wiscasset. He was later released on bail pending an appearance in court.

The district attorney’s office will review the case to determine whether to charge Wilkie with false public alarm or report.

Maine law allows the owner of a cat or dog to shoot and kill their cat or dog, but the owner must use “a weapon and ammunition of suitable caliber and other characteristics to produce instantaneous death by a single shot” and meet other conditions.

The same subchapter of Maine law states that a person is guilty of aggravated cruelty to animals “if that person, in a manner manifesting a depraved indifference to animal life or suffering, intentionally, knowingly, or recklessly … causes extreme physical pain to an animal … causes the death of an animal … (or) physically tortures an animal.”

Murphy said the sheriff’s office considered the totality of the circumstances in its decision to arrest Wilkie, including his alleged dishonesty, the dog’s extended suffering, and the alleged lack of effort on Wilkie’s part to help the dog.

Wilkie did not respond to a voicemail from The Lincoln County News.