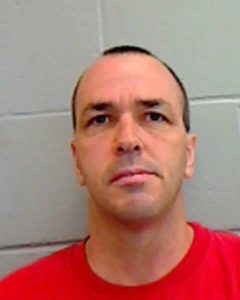 A five-page affidavit by Maine Attorney General’s Office Detective Peter P. Lizanecz details the allegations against Hatch, who was placed on administrative leave June 16 and arrested June 21 on two counts of class C sexual abuse of a minor, a felony.

The complaint against Hatch, 45, of Whitefield, contains two charges, but according to the affidavit, the girl told investigators about several more incidents when she was 14, 15, and 16.

According to the affidavit, the girl told investigators Hatch would give her marijuana, including an evidence bag of marijuana on one occasion, as well as alcohol, cigarettes, and money.

The girl told investigators most of the alleged abuse occurred in Hatch’s cruiser, and much of it while Hatch was on duty.

After a month-long investigation, Lizanecz arrested Hatch at Two Bridges Regional Jail in Wiscasset at 2 p.m., Tuesday, June 21, according to a jail intake form.

Hatch is a 17-year-veteran of the sheriff’s office. He is currently a patrol deputy and shellfish warden, but was formerly a detective sergeant responsible for the day-to-day supervision of the detectives who investigate the most serious crimes under the agency’s jurisdiction, including sex crimes.