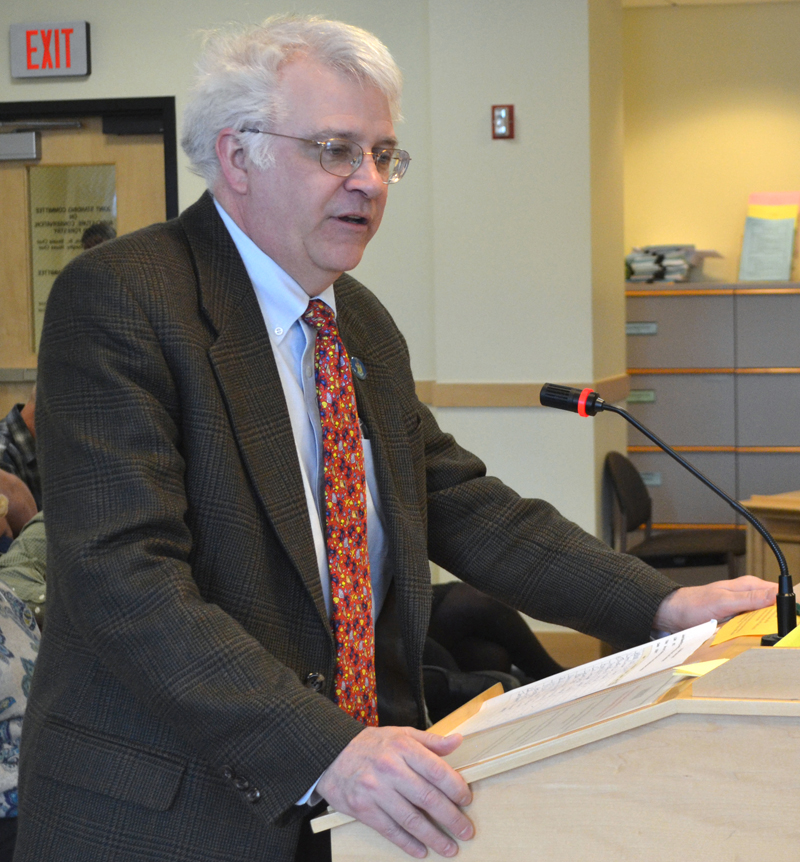 The charge of class D criminal OUI, a misdemeanor, stems from an incident on Main Street in Damariscotta the evening of June 20. According to court documents, Devin’s blood-alcohol level was 0.15 grams or more per 100 milliliters of blood or 210 liters of breath. The legal limit is 0.08.

Officer Jim Dotson, of the Damariscotta Police Department, responded to a complaint of a vehicle driving erratically at 10:20 p.m. June 20, according to a June 21 press release from the department. After an investigation, Dotson arrested Devin and charged him. Devin was released on bail the same evening.

After the incident, Devin voluntarily checked himself into an inpatient facility for substance abuse and other health concerns, according to Assistant District Attorney Katie R.H. Dakers. Devin successfully completed the 90-day program.

“He did it on his own accord, and normally that’s what we’re asking people to do,” said Dakers, who is prosecuting the case. “It was significant for myself and the court to see that positive step.”

In an email response to a request for comment, Devin said he took “full responsibility” for the incident.

“As many people know, health issues can be difficult to overcome sometimes, especially for those of us who are veterans and have served our country in difficult circumstances,” Devin said in the email. “I have been dealing with many such issues over the past year, but, with the help of my friends and family and through a lot of hard work, I have addressed my problems head-on and have taken full responsibility for my actions.

“I’m now feeling great and want to serve as a positive example of how treatment can help people succeed. I’m eager to get back to work for the people of Lincoln County.”

Devin entered the guilty plea as part of an agreement known as a deferred disposition, which delays sentencing and requires a defendant to meet certain conditions for a period of time.

The agreement requires Devin to obtain a substance abuse evaluation and a mental health evaluation within 60 days and complete any counseling recommended.

The agreement also requires Devin to refrain from further criminal conduct, prohibits his possession or use of alcoholic beverages or illegal drugs, and requires him to submit to searches of his home or vehicle at any time.

If Devin complies with all terms of the agreement, the deferred disposition will end with a “good result,” in which he will lose his license for 150 days and pay a $700 fine. The reference to a high blood-alcohol level will be removed from the charging documents, according to the agreement.

If Devin violates any condition of the agreement, the “bad result” is an “open plea,” which means he could face up to the maximum sentence for the crime. The prosecutor would recommend jail time, according to court documents.

Devin will return to court for a hearing to determine the final outcome of the case June 10, 2019, 18 months after the plea.

Typically, a deferred disposition delays sentencing for a year, Dakers said. In this case, the state pursued an 18-month agreement “due to the severity of the incident,” she said.

“In order to earn a no-jail outcome, we wanted him to have a longer track record without incident,” Dakers said.

Devin represents House District 90, which consists of Bremen, Bristol, Damariscotta, Monhegan, Newcastle, and parts of Nobleboro and South Bristol. A Democrat in his third term, he sits on the Marine Resources Committee.

Devin is a veteran of the U.S. Navy and a former commander in the U.S. Navy Reserve. A marine biologist, he worked at the Darling Marine Center in Walpole until his resignation in January.