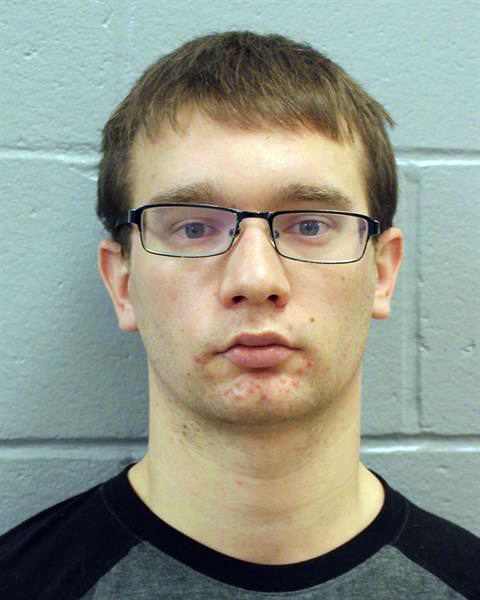 The Damariscotta Police Department has arrested a 27-year-old Edgecomb man on three charges of felony sex crimes against two children.

Calvin J. Crocker faces two counts of class A gross sexual assault and one count of class C sexual abuse of a minor, according to court documents.

The 12-year-old told a parent about Crocker and the parent contacted police, Warlick said. The 12-year-old’s disclosure led to the discovery of a 14-year-old friend’s similar account.

Crocker met the girls on social media and communicated with them via Snapchat and other apps, Warlick said.

He eventually “manipulated” the girls into accompanying him to a remote parking lot, Warlick said, on at least two days in December 2020 and January 2021.

After an initial investigation, including an interview with Crocker, Warlick arrested Crocker on Feb. 5. He was living in Topsham at the time, but has since moved to Edgecomb, according to court documents.

Warlick is continuing to investigate the case. As part of the investigation, he is seeking warrants for devices and social media accounts.

Crocker is free on $5,000 unsecured bail, which means he did not have to post cash or property but would owe $5,000 if he fails to appear. His bail conditions bar him from a Damariscotta address and prohibit contact with the children or with any girl under 15, except for incidental contact in connection with employment.

Court documents do not indicate whether Crocker has an attorney. He does not have any criminal history, according to Warlick.

Crocker will make his initial court appearance at the Lincoln County Courthouse in Wiscasset at 1 p.m., Thursday, March 11.

Warlick said the case should serve as a warning to parents about social media, which he called the No. 1 place for adult predators to prey on underage victims.

“It is imperative,” he said, for parents to understand the social media their children use. He noted that with apps like Snapchat, users can share photos and videos that disappear seconds later.

“Inappropriate activity can take place” on the apps, he said, “and parents can’t even see it.” He said kids will sometimes make multiple accounts, including accounts under fake names.

He urges parents to employ parental controls on devices, know their children’s passwords, and set parameters for their use of the internet and social media.

Warlick asks anyone with information about any sex crime, or anyone who suspects someone they know may be a victim of a sex crime, to call the police department at 563-1909.