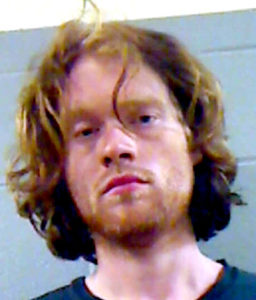 An Edgecomb man has pleaded guilty to a misdemeanor charge of sexual abuse of a minor, as well as a felony charge related to giving marijuana to the same minor.

David P. Clifford, 23, of Edgecomb, pleaded guilty to class C aggravated furnishing of scheduled drugs, a felony; and class D sexual abuse of a minor, a misdemeanor; at the Lincoln County Courthouse in Wiscasset on June 27, according to court documents.

For the felony, Clifford was sentenced to two years in custody with all but 90 days suspended, plus two years of probation. For the misdemeanor, he received a 90-day sentence, which he will serve at the same time.

Clifford will report to jail to begin his sentence at 8 a.m. Aug. 19, and remains free on $500 cash bail in the meantime. His bail conditions prohibit contact with children under 16.

Clifford’s probation conditions will prohibit contact with girls under the age of 16, except for incidental contact in public; and prohibit contact with the victim. The conditions prohibit his possession or use of alcohol or drugs, subject him to random searches and tests to ensure compliance, and require treatment for psychological and substance abuse issues.