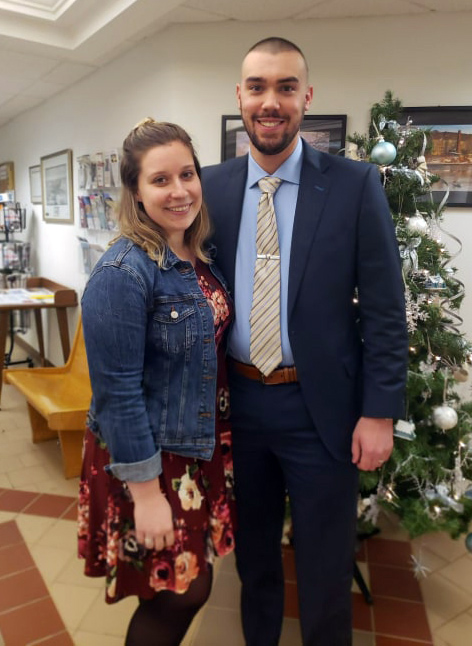 The Waldoboro Police Department’s newest officer started patrolling the town in the second week of November.

Chase Bosse was a reserve officer with the town of York before spending the last two-plus years, from March 2017 to November 2019, as a full-time patrol deputy with the Lincoln County Sheriff’s Office.

Bosse grew up in Brewer and graduated from Brewer High School in 2013. He graduated from Husson University, of Bangor, in 2017 with a bachelor’s degree in criminal justice.

“I finished up while I was working as a deputy with the sheriff’s office,” he said.

“It’s a great job. You really don’t know what the shift is going to bring. You are not sitting behind a desk all the time, and those are some of the reasons I enjoy it,” Bosse said.

“I couldn’t see myself doing anything else,” he added.

He was drawn to Waldoboro by the town’s new police chief, John Lash, and his approach to community policing.

“I heard nothing but good things about Chief Lash. He seemed like a good guy to work for and I wanted to be able to stay in the area,” Bosse said.

Bosse started on the day shift in Waldoboro, but now works overnights. He worked overnights at the sheriff’s office too.

Bosse lives in Wiscasset with his wife, Nicole Bosse. When not on patrol, he likes to spend time outdoors.

The addition of Bosse gives the police department a full roster for the first time in nine years, according to Town Manager Julie Keizer.