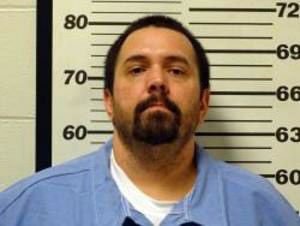 A train ride to Massachusetts to buy drugs and an attentive conductor have landed a former Westport Island heroin dealer in prison for six years.

Roger R. Gingras Jr., 39, formerly of 6 Ferry Road, received an upfront sentence of just three months in jail at the time of his January conviction for trafficking heroin in Lincoln County. After his Dec. 4 sentencing on a new charge of importing drugs and a probation violation, he is now serving a six-year sentence at the Maine State Prison in Warren.

On Oct. 21, 2015, the Maine Drug Enforcement Agency executed a search warrant at Gingras’ home on Westport Island based on information that Gingras “was selling large amounts of heroin,” according to an affidavit by an MDEA agent.

Agents seized 33 grams of heroin with a street value of $6,600, a half-pound of marijuana, drug paraphernalia, and a shotgun, according to an Oct. 22, 2015 press release from Maine Department of Public Safety spokesman Stephen McCausland.

Gingras admitted that he had been going to Massachusetts to buy heroin, which he would repackage and sell from his home, according to McCausland and the MDEA agent’s affidavit. The agent arrested Gingras the same day.

Gingras originally faced aggravated charges due to the quantity of the heroin seized and a 2011 conviction for drug trafficking in Somerset County.

He was sentenced to six years in custody with all but three months suspended, plus three years of probation, according to court documents.

Gingras was out on probation Oct. 3 when he boarded the Amtrak Downeaster in Portland en route to Haverhill, Mass., according to a Portland Police Department report.

The train conductor overheard Gingras talking on the phone, “saying something to the effect of ‘I’m on my way and have to catch a commuter train to Lowell and get the s—,’” according to the report. Amtrak identified the passenger as Gingras.

The conductor notified Amtrak Police, who contacted the Portland Police Department. As part of his probation, Gingras was not to leave the state without the permission of his probation officer, and was subject to random searches for drugs.

MDEA agents and Portland police established surveillance at the Amtrak station at Thompson’s Point in Portland, where Gingras was due to return at 3:45 p.m., according to the report. Outside the station, six agents and police officers stopped Gingras. During a search, they found a package containing 5.1 grams of fentanyl in his sweatshirt pocket.

Fentanyl is a narcotic 30-50 times more powerful than heroin, according to the U.S. Drug Enforcement Administration.

On Dec. 4, Gingras was sentenced to six years in prison on a class A charge of illegal importation of scheduled drugs in Cumberland County, according to the Maine Department of Corrections. The same day, he admitted to violating his probation in the Lincoln County case and his probation was revoked.

He will serve five years and nine months for the probation violation at the same time as the six years for the new conviction. He must also pay $415 in fines within a year of his release.

It was not clear whether Gingras was still living in Westport Island at the time of his arrest in October. He listed an address in Auburn, N.H. on a recent court document.