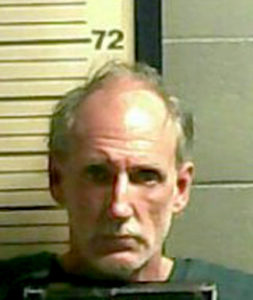 A 58-year-old Jefferson man is expected to be sentenced later this year to 18 months in prison for sexually assaulting a child.

Darrell Crosby was found guilty Wednesday, June 22 in Knox County Unified Court of a single count of unlawful sexual contact. Sentencing was continued until October to allow him to receive cancer treatments. Crosby entered an Alford plea in which the defendant acknowledges the state has enough evidence to convict but does not actually admit to committing the crime. The plea nevertheless results in a guilty verdict.

Crosby pleaded after his defense attorney and the prosecutor from the district attorney’s office reached an agreement in which, if approved by the judge, Crosby would be sentenced to six years in prison with all but 18 months suspended. He also would be on probation for eight years upon his release.

He was originally arrested in April 2014 by the Knox County Sheriff’s Office on one count each of unlawful sexual contact and unlawful sexual touching. He was then indicted in March 2015 by a Lincoln County grand jury on additional charges involving the same victim.

The crimes took place from 2004 until 2012, according to an affidavit filed by police in court at the time of his arrest.

The victim told police that the assaults began when she age 4 and occurred in Owls Head as well as in neighboring Lincoln County.

Crosby was interviewed by police and initially denied anything had occurred. He also initially agreed to take a polygraph test but failed to show up for the test. When he was next contacted by police, he admitted that something had gone on between the child and himself but maintained that the child was the one who targeted and attacked him repeatedly. He said that he never reported the assaults because he did not want the girl to get into trouble.

Crosby also told police that he had been the victim of a sexual assault when he was a child living in New York, the affidavit stated. He said he suffers from post-traumatic stress disorder.