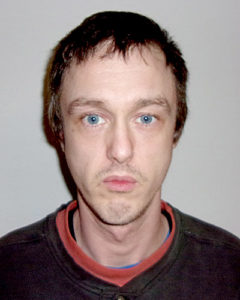 A judge declared a mistrial Wednesday, June 15 in the case of a South Bristol man accused of sexually assaulting a young girl in Newcastle.

Merryman faces six counts of class A gross sexual assault; two counts of class D unlawful sexual touching; and one count each of class D domestic violence assault, sexual misconduct with a child, and visual sexual aggression against a child.

Merryman denies the charges. “He didn’t do it,” said his attorney, David Paris. “He went to trial because he’s not guilty.”

Wednesday morning, it was discovered that evidence thought to have been provided by law enforcement to the district attorney’s office, and then to the defendant as part of the discovery process, never left the law enforcement agency, according to Kanwit.

Bath attorney Paris is representing Merryman and identified the evidence in question as a video of a law enforcement interview with Merryman.

Kanwit said the evidence was “duplicative” of other evidence in the case, which was available to the defense.

“We argued that the trial should have proceeded and we objected to the mistrial, but defense counsel argued that his preparations for trial would have been different had he been provided access to the evidence earlier in the process, and for that reason, the judge declared a mistrial,” Kanwit said.

Superior Court Justice Daniel Billings is presiding over the case.

“The state was 80 percent through its case” at the time, Kanwit said.

Kanwit plans to bring the case to trial again, probably in September.

“These cases are always difficult, especially when they involve victims under the age of 18,” Kanwit said. “But the state is prepared and will try the case again.”

Merryman has a 1996 conviction for unlawful sexual contact against a girl under the age of 14 in Auburn, according to Lincoln County Sheriff’s Office Lt. Michael Murphy.

He also has convictions for failure to comply with state law regarding the registration of sex offenders.

He pleaded guilty to class C violation of sex offender registration Aug. 6, 2009 after moving from Newcastle to Nobleboro and failing to notify police, according to court documents. He was sentenced to a year in custody with all but 60 days suspended, plus a year of probation, on the felony charge.

Merryman had two prior convictions for failure to register, which elevated the third to a felony, according to Murphy.

On March 29, 2011, Merryman pleaded guilty to class E prohibited contact with a minor in connection with an incident in Damariscotta on Nov. 10, 2010, according to court documents. He was sentenced to 48 hours in jail.

“We’ve found over the years that he isn’t one who likes to follow the rules and he’s been noncompliant several times, as attested to by his charges, not only by failing to register, but by going places he’s not supposed to be,” Murphy said in January.

Despite his history, Merryman was removed from the Maine Sex Offender Registry in June 2015 as a result of a Maine Supreme Judicial Court decision. He was on the registry in spring 2014, however, when he allegedly committed the crimes in his current case.

Merryman had been in custody with bail set at $50,000 cash from the time of his arrest Jan. 6 until the trial, but Billings approved his request to modify bail after the trial.

Merryman was released from Two Bridges Regional Jail in Wiscasset the same day. He is free on $5,000 unsecured bail, which means he would owe the state $5,000 if he fails to appear.

His bail conditions prohibit contact with anyone under 18 except supervised contact with his children. He cannot go within 100 yards of a day care facility, playground, public library, school, YMCA, or any other place where children gather.

The conditions prohibit his possession of sexually explicit materials and subject him to random searches and tests to ensure compliance.