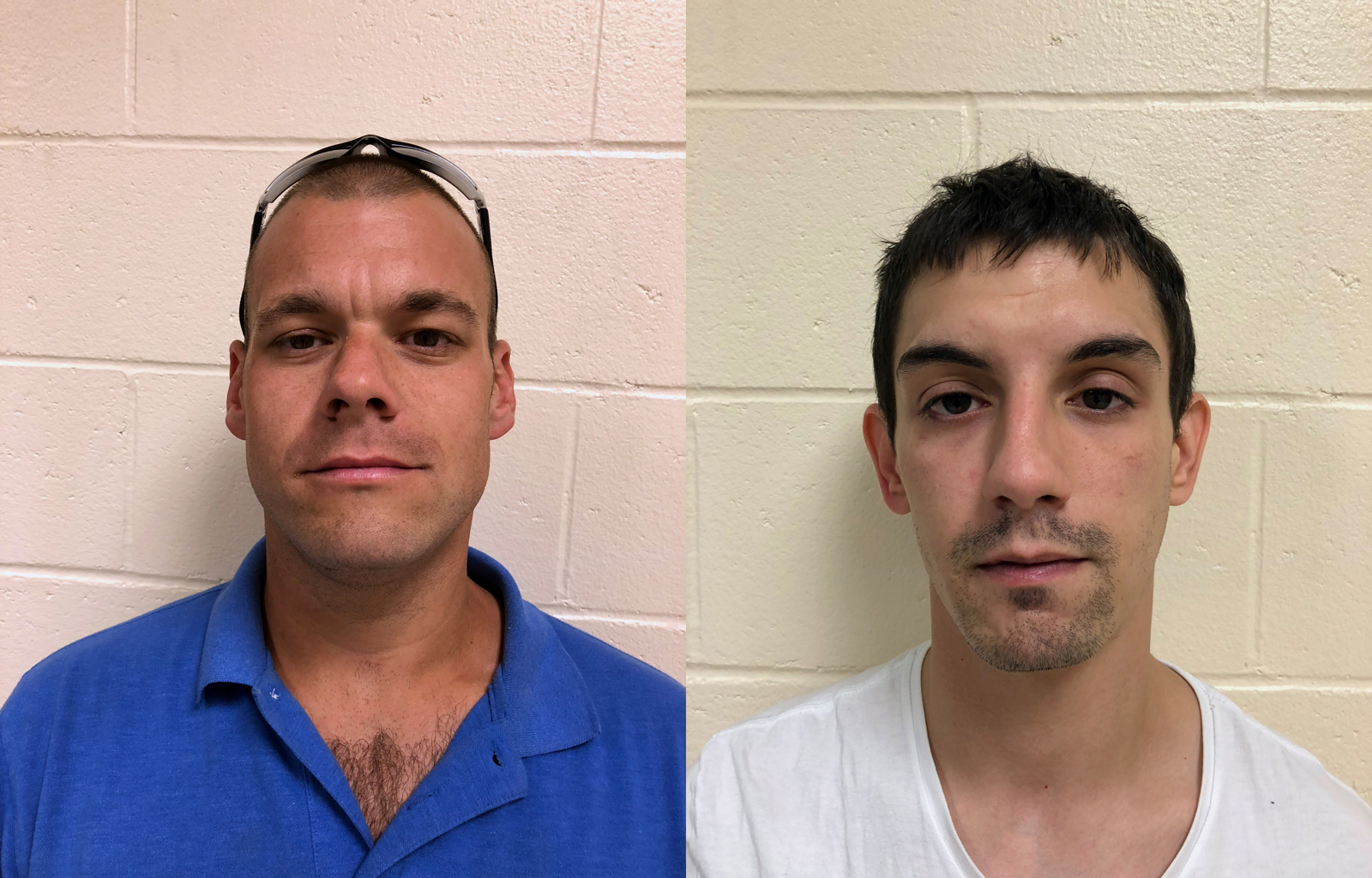 The Lincoln County Sheriff’s Office has charged two men in connection with break-ins and thefts at a Bristol job site and a Boothbay store.

The job site was at Bristol Consolidated School in Bristol. Hagar Enterprises Inc., of Damariscotta, is working on the parking lot.

The morning of Aug. 13, the sheriff’s office received a report that a Hagar Enterprises trailer had been broken into and numerous tools and other items had been stolen from the trailer. The value of the items was about $1,500.

The same day at about 10:50 p.m., deputies responded to an alarm at T & D Variety in Boothbay and discovered the store had been broken into. Numerous packs of cigarettes had been stolen. The value of the items was about $1,000, while the cost of damage to the business is unknown.

After reviewing surveillance footage and following up on leads and tips from the public, the sheriff’s office arrested an Edgecomb man on several charges Friday, Aug. 24 and summonsed a Bath man on a charge of receiving stolen property.

Daniel Chubbuck, 26, of Edgecomb, faces a felony burglary charge, three felony theft charges, and one count each of misdemeanor criminal mischief and criminal trespass, according to a press release from the sheriff’s office. He was released on $2,000 cash bail.

Kyle Gornto, 25, of Bath, faces a misdemeanor charge of receiving stolen property, according to the press release.

Some items from the Hagar theft have been recovered.

The sheriff’s office asks anyone with information about the break-ins to contact Detective Terry Michaud at 882-7332 or tmichaud@lincolnso.me.