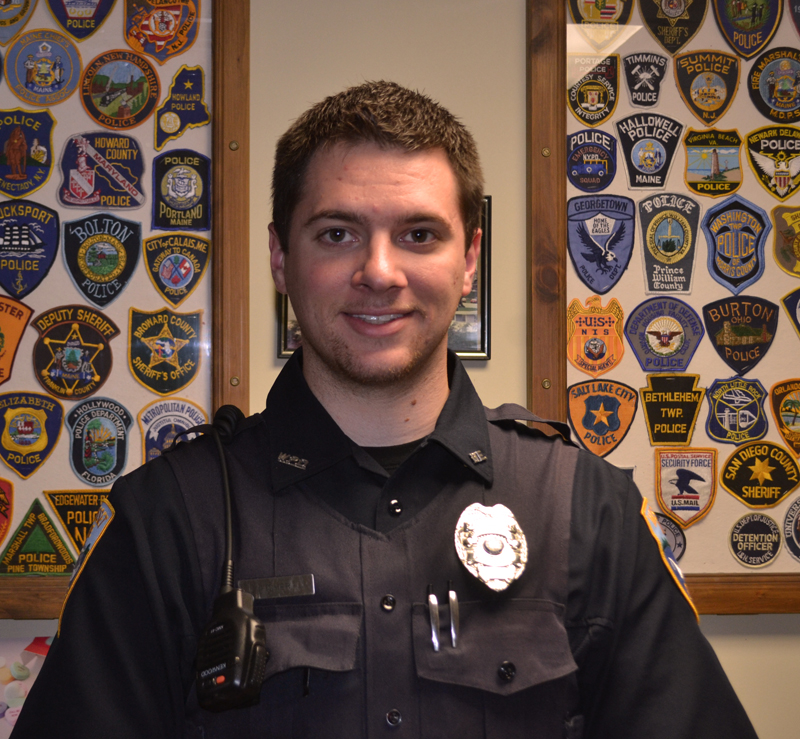 The Wiscasset Police Department has a new full-time officer on the beat. Formerly a reserve officer with the agency, James Fisher was hired for a full-time position in March. He takes the place of Craig Worster, who transitioned to the role of school resource officer after Perry Hatch’s resignation in late February.

Fisher’s new role in Wiscasset is his first full-time job in law enforcement. He has always wanted to work in law enforcement, he said. He is following in the footsteps of his grandfather and other family members who were also police officers.

Fisher grew up in Wiscasset, but moved with his family to Addis Ababa, Ethiopia when he was 16. It was there he met his future wife, Alessia Fisher, of Italy. The Fishers live in Bath.

When Fisher returned to Maine, he attended Southern Maine Community College and obtained an associate degree in criminal justice. He worked as a corrections officer at Two Bridges Regional Jail in Wiscasset to get his foot in the door.

The position was a “stepping stone,” Fisher said. While working full time for Two Bridges, Fisher also worked part time for the Wiscasset Police Department as a reserve officer. When a full-time position became available, “I went for it,” Fisher said.

Fisher’s enthusiasm for the job and willingness to learn made him stand out as a candidate, Wiscasset Police Chief Jeffrey Lange said. “He’s been very able to adapt to training and is understanding very quickly how to do the job,” Lange said.

Fisher was required to do 80 hours of training with veteran officers. He completed about 120 hours shadowing Worster and Sgt. Willy Simmons. “I love being out on the road,” Fisher said.

Wiscasset is “a great place” to start out as a police officer, Fisher said. “It’s a small community, so it’s easy to get to know everyone and for everyone to get to know me.”

The interactions with the community are among the best parts of the job, Fisher said. “You’re not talking to just one specific type of person, you’re interacting with everyone,” he said. “But I love all of it.”

“I’ve always dreamed about being a cop,” Fisher said. “It’s nice to be able to do it.”