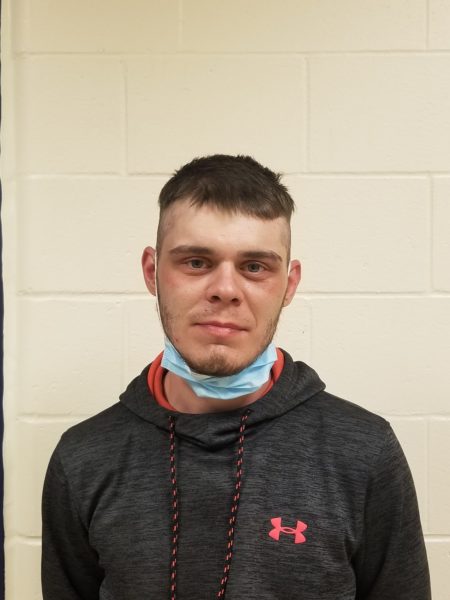 The Lincoln County Sheriff’s Office has arrested a Piscataquis County man and seized four stolen guns from the Dresden shack where he was living. The man was free on bail after allegedly shooting at his wife and kids in December 2019.

Frank Foss Jr., 25, formerly of Milo, faces charges of possession of a firearm by a prohibited person, theft, violation of condition of release, and violation of a protection from abuse order, according to a press release from the Lincoln County Sheriff’s Office. The theft charge is a class B felony because it involves a firearm. The charge of violating a protective order stems from his possession of a firearm.

At 1:10 p.m., Thursday, May 14, sheriff’s deputies responded to Calls Hill Road in Dresden for a report of a stolen gun. An investigation led to Foss, a relative of the gun’s owner, who was “found living nearby in a small shack,” according to the press release.

Foss was arrested without incident. A search of the shack turned up four stolen guns: a Colt .45 handgun, Colt .45 revolver, .44 Marlin rifle, and 16-gauge Springfield shotgun.

The new charges are in addition to those Foss faces in Piscataquis County: domestic violence terrorizing with a dangerous weapon, reckless conduct with a dangerous weapon, operating under the influence, and cruelty to animals.  He pleaded guilty to all charges in January and had been scheduled to be sentenced in March, according to news reports about the plea.

An intoxicated Foss reportedly shot and killed a cat in the incident before shooting at his wife and children as they drove away from the home. His wife drove to a friend’s home, where Foss followed her and shot at the house as he drove by.

Foss is being held without bail at Two Bridges Regional Jail. The Wiscasset Police Department assisted the sheriff’s office with the incident.