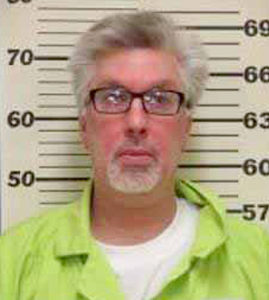 A man with an extensive criminal history has been sentenced to nine months and one day in custody for stealing a vehicle from Newcastle Chrysler Dodge Jeep in April 2015.

Christopher Rabbia, also known as Christopher J. Mirabella, 50, formerly of Massachusetts, was sentenced for a class C charge of theft by unauthorized taking or transfer, a felony, at the Lincoln County Courthouse in Wiscasset on Monday, June 27. He had pleaded guilty to the charge in April.

Although his real name is Rabbia, he is known to local authorities as Mirabella.

Mirabella will have to pay a $35 victim’s compensation fee, however, he will not have to pay the $1,916.14 in restitution the state had requested to compensate the dealership for retrieving and cleaning the vehicle.

During the sentencing hearing, Mirabella’s attorney, Erik Paulson, said Mirabella would be unable to pay the restitution, as he currently owes the federal government approximately $33,000 due to previous charges.

Mirabella has an extensive criminal history, including convictions for driving without consent of the owner, aggravated identity fraud, and health care fraud, according to court documents.

Mirabella also has a case pending in Massachusetts after he serves his time in Maine.

Justice Daniel Billings said although it was reasonable for the state to seek restitution, he is aware of the “considerable time” Mirabella is facing, and due to the unusual circumstances of the case, he decided not to order restitution.

The Lincoln County charge stems from an incident on April 13, 2015, when Mirabella took a 2006 Mercury Mountaineer from Newcastle Chrysler. According to court documents, Mirabella told salesmen at the dealership that he was interested in test-driving the Mountaineer and left a copy of his identification and a phone number. He left the dealership and headed south on Route 1.

The same day, a stolen 2010 Mercedes Benz was recovered from Homeport Supply, near the dealership on Route 1 in Newcastle. According to court documents, the Lincoln County Sheriff’s Office believed the two incidents were related.

LCSO Detective Sgt. Ron Rollins contacted Deputy U.S. Marshal Chris Deaton, who was investigating a series of fraud cases involving Mirabella. According to court documents, Deaton told Rollins that Mirabella had stolen the Mercedes from a dealership in Massachusetts.

Officers from the Providence Police Department in Rhode Island arrested Mirabella for attempting to exchange stolen merchandise at the Providence Mall on May 19, 2015.

At the time, Mirabella was being sought as the U.S. Marshals Service “Fugitive of the Week” based on a federal arrest warrant out of U.S. District Court in New Hampshire for violations of supervised release, according to a press release from the U.S. Marshals Service. Mirabella had been a fugitive since Jan. 7, 2015, and was a suspect in car thefts from dealerships throughout New England.