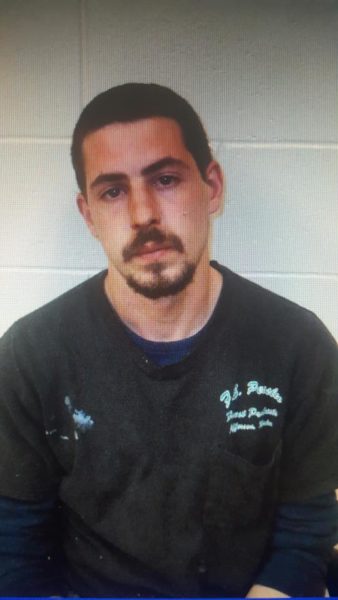 A Jefferson man wanted in connection with an assault in Jefferson on Saturday, Feb. 18 turned himself in to the Lincoln County Sheriff’s Office in Wiscasset on Tuesday, Feb. 21 after three days at large.

Wayne Little, 27, of Jefferson, faces charges of aggravated assault, domestic violence criminal threatening, and obstructing the report of a crime, according to a press release from the sheriff’s office.

Lincoln County Sheriff’s Deputy 1st Class Mark Bridgham and Reserve Deputy Dwight Fowles responded to a domestic disturbance at a home in Jefferson on Saturday. Little fled before they arrived, according to the press release.

Deputy Kevin Dennison and K-9 Duke conducted “an extensive track” to a road, where the sheriff’s office believes Little was picked up, according to the press release.

Fowles applied for and received a warrant for Little’s arrest, and the sheriff’s office posted on Facebook in search of information on his whereabouts.

“We would like Wayne to surrender peacefully,” the agency said in the post. “The sheriff’s office has reason to believe Wayne may be armed with a handgun.”

As of 1 p.m. Friday, Little was being held without bail at Two Bridges Regional Jail in Wiscasset.