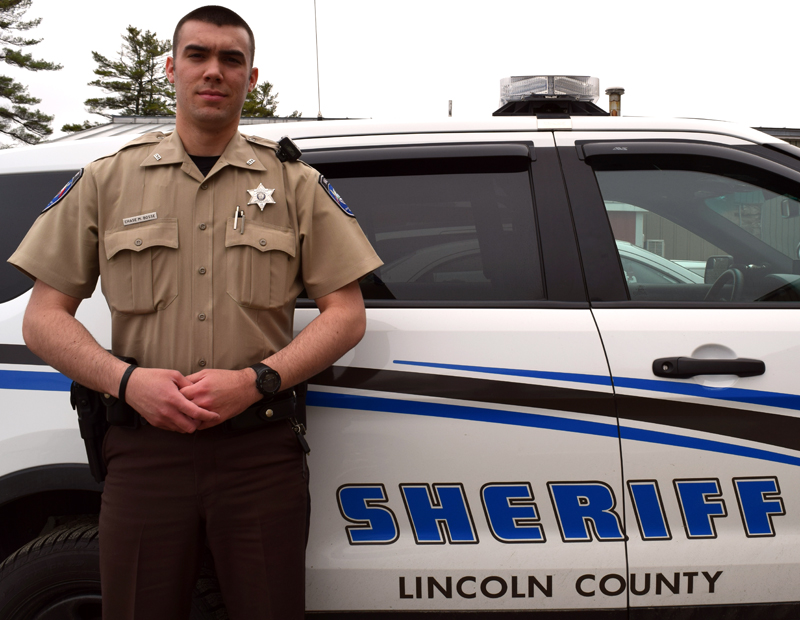 A family member’s injury in a drunken-driving accident pushed Bosse toward going into law enforcement. Bosse’s sister – who was hurt in the accident, in which the driver fled the scene – made a full recovery and is now a doctor. The driver was apprehended.

Bosse also has family members who work in law enforcement.

Bosse has a passion for investigative work and hopes to one day work in the Criminal Investigative Division at the sheriff’s office.

He and his fellow students at Husson work mock crime scenes and learn forensic techniques like how to dust for fingerprints and take casts of footprints, as well as how to interview witnesses and suspects.

“I love it. The area is great,” he said. “A lot of great people work at the sheriff’s office – there’s great camaraderie.”

Bosse is going through field training right now, in which he patrols with a veteran deputy. He primarily trains with Deputy Aaron Beck, but has also patrolled with Deputies Ryan Chubbuck, Kevin Dennison, and Caleb Poirier.

He will continue field training for about another month. In August, he will begin the 18-week Basic Law Enforcement Training Program at the Maine Criminal Justice Academy in Vassalboro.

Bosse lives in Edgecomb with his girlfriend. When not on patrol or in the classroom, he enjoys mountain biking and running. 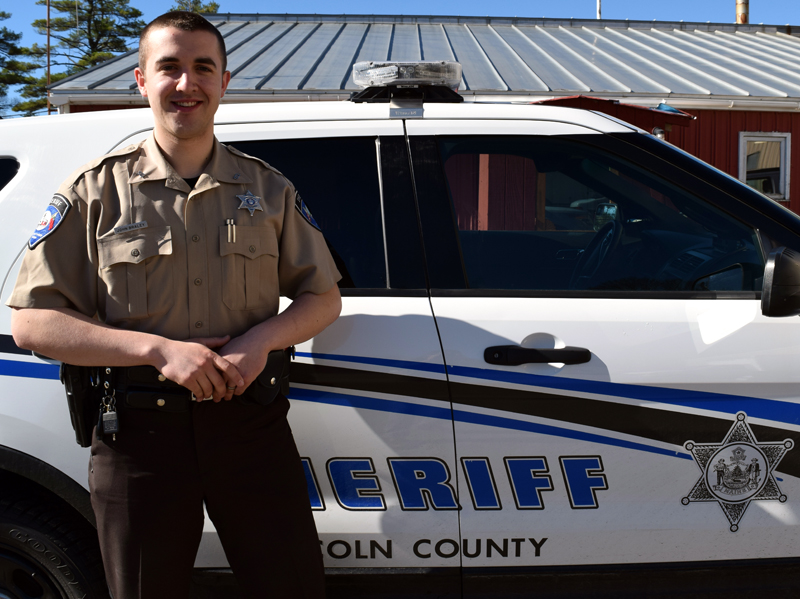 John Braley, 22, grew up in Damariscotta. He was homeschooled through grade school, then attended Lincoln Academy in Newcastle.

Braley just completed his junior year at Husson University and plans to graduate with a bachelor’s degree in criminal justice next year. He hopes to start at the Maine Criminal Justice Academy in January. The program would count as his final semester.

Braley said he was attracted to law enforcement for a few reasons.

“I have a couple relatives and friends who were in law enforcement,” he said. “I did some ride-alongs with them and I could tell it was the job for me.”

“I like the chance to help people,” he said, and he likes the unpredictable nature of the work.

“I can’t stand the idea of doing the same thing over and over,” he said, and deputies don’t. There are always new situations and new things to learn, he said, and the work “definitely keeps you on your toes.”

Braley said that in the future, he is interested in becoming a drug recognition expert – an officer trained to recognize impairment in drivers under the influence of drugs other than, or in addition to, alcohol.

“Especially with the recent legalization of marijuana, there’s a lot more need for that now,” he said.

Braley started work at the sheriff’s office April 15. He is going through field training, patrolling with Chubbuck two days a week and Dennison two days a week.

Braley lives in Newcastle. Work and school leave little time for outside pursuits, but he enjoys hunting and fishing when he can.

The addition of Bosse and Braley leaves the sheriff’s office with a full roster of deputies, according to Chief Deputy Rand Maker.