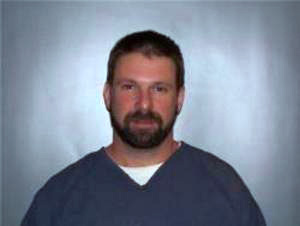 A Waldoboro man has been sentenced to eight years in prison after admitting to two aggravated domestic assaults against two different victims in three years.

He received lesser sentences for several other crimes and probation violations, and will serve those sentences at the same time as the eight-year sentence.

Tarr had admitted violating his probation and pleaded guilty Dec. 3 to one count each of class B aggravated assault and class C violation of condition of release, two counts of class D criminal restraint, and one count of class D domestic violence assault, according to Gerety. One count of class D obstructing report of crime or injury was dismissed.

Tarr’s probation conditions require him to complete an intervention program and mental health treatment and pay $350 in restitution, among other conditions. Additionally, he had to surrender photos of one of the victims.

Tarr was taken to the Maine State Prison in Warren after the hearing.

Lincoln County Sheriff’s Office detectives arrested Tarr on April 20, according to a statement from the agency after the arrest. The victim of the assault was treated at Maine Medical Center and released.

Tarr was on probation for an assault in January 2016, when he struck a woman with a gun, stabbed her, held a loaded gun to her head, and otherwise repeatedly assaulted and threatened her, according to court documents.

Tarr was sentenced to nine months in jail and eight years of probation in August of 2016, after he pleaded guilty to multiple felony counts of aggravated assault and criminal threatening with a dangerous weapon.

Tarr pleaded guilty to assaulting the same woman in 2013, thought the charge was later reduced to disorderly conduct.