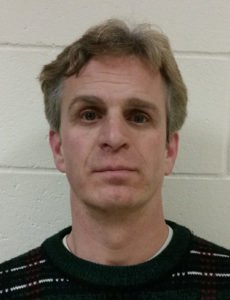 A Waldoboro man will receive a sentence of 30 days in jail for unlawful sexual contact if he complies with certain terms for two years.

Adam D. McDonough, 48, of Waldoboro, pleaded guilty to class C sexual abuse of a minor, a felony, and class D unlawful sexual contact, a misdemeanor, at the Lincoln County Courthouse in Wiscasset on Monday, June 27.

McDonough committed the crimes against a 14-year-old boy in Damariscotta in November 2015, according to court documents.

The Damariscotta Police Department and the Lincoln County Sheriff’s Office investigated a report that the boy had been sexually abused by a man he had met and befriended over the past year, but knew only as Adam, according to a press release from the sheriff’s office.

The agencies conducted an “extensive investigation, including surveillance of the area where the assault had occurred” and “were able to locate and identify the suspect” as McDonough, according to the press release.

McDonough’s plea agreement, known as a deferred disposition, prohibits contact with anyone under 18, prohibits the possession of pornography, and subjects McDonough to random searches to ensure compliance.

He cannot be within 100 yards of schools, libraries, playgrounds, YMCAs, youth camps, or other places where children commonly gather, and he must undergo a sex offender evaluation, with treatment to continue throughout the two years.

The agreement also includes terms standard to all such agreements. For example, McDonough must not commit any new crimes.

If McDonough abides by the terms of the agreement for two years, the state will dismiss the felony charge.

For the class D charge of unlawful sexual contact, McDonough will receive a sentence of 364 days with all but 30 days suspended, plus a year of probation under similar conditions to those of the agreement.

McDonough is free on personal recognizance, which means his promise to appear in court.