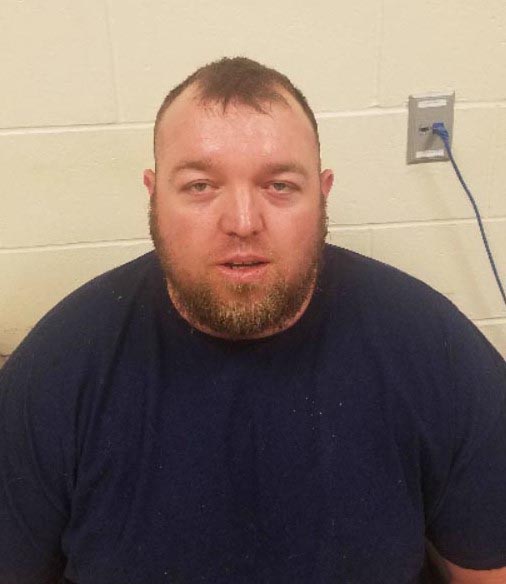 A Whitefield man is facing felony charges of assault, kidnapping, and domestic violence after a domestic disturbance escalated into an armed standoff with state and county law enforcement that began the evening of Sunday, Jan. 1.

According to a press release from the Lincoln County Sheriff’s Office, Jacob R. Walmer, 42, was taken into custody by the Maine State Police’s tactical team around 11:15 a.m. on Monday, Jan. 2 after a holding off police for almost 15 hours.

After being examined at the hospital, Walmer was transported to Two Bridges Regional Jail in Wiscasset, where he is being held on $10,000 cash bail.

The incident began Sunday evening at 7:40 p.m. when the deputies were called to Walmer’s Heath Road residence for a reported domestic disturbance, according to the LCSO press release. The home is shared by Walmer and his girlfriend.

After deputies arrived, Walmer would not answer their announced knocks and was seen moving around inside the home carrying a rifle, according to the press release. As deputies started to move away from the house, a gunshot was heard from inside the home. A few moments later, more shots were fired.

According to the LCSO, all attempts to contact someone inside the home, including numerous calls to the couple’s cell phones, were unsuccessful. The Maine State Police was called for assistance and its tactical team was dispatched.

After several hours, the female resident called saying she was not being allowed to leave and Walmer had threatened to shoot her, according to the press release. A short time later, the woman was able to escape the home and run to safety.

The standoff continued throughout the night with Walmer challenging law enforcement at times, according to the press release. At law enforcement’s request, Whitefield Fire Department closed a portion of Heath Road, and power was cut to the area by Central Maine Power Co.