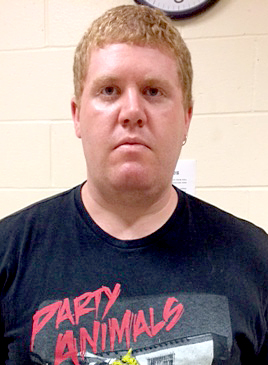 On Tuesday, Aug. 2, detectives from the Lincoln County Sheriff’s Office arrested Joseph Pinkham, 30, for class B possession of sexually explicit material. He allegedly committed the crime in Boothbay on July 29.

The arrest is the result of an investigation by the Lincoln County Sheriff’s Office, Maine Department of Corrections Probation and Parole, and the Maine State Police Computer Crimes Unit.

On Friday, July 29, the Lincoln County Sheriff’s Office and Probation and Parole received information that Pinkham had sent child pornography to a woman in Florida. Pinkham is on probation for a 2013 conviction of class C possession of sexually explicit material.

After the initial investigation, including a search at the Pinkham residence, he was arrested and charged with a violation of probation. Further investigation led to the additional charge of class B possession of sexually explicit material.

After further questioning, Pinkham was charged with the second offense while at the Two Bridges Regional Jail in Wiscasset. His bail is set at $10,000 cash and includes the following conditions: no internet access, no possession of devices capable of internet access, and no contact with children under the age of 16.

The sheriff’s office asks anyone with more information about the investigation to call Detective Sgt. Ronald Rollins at 882-7332.