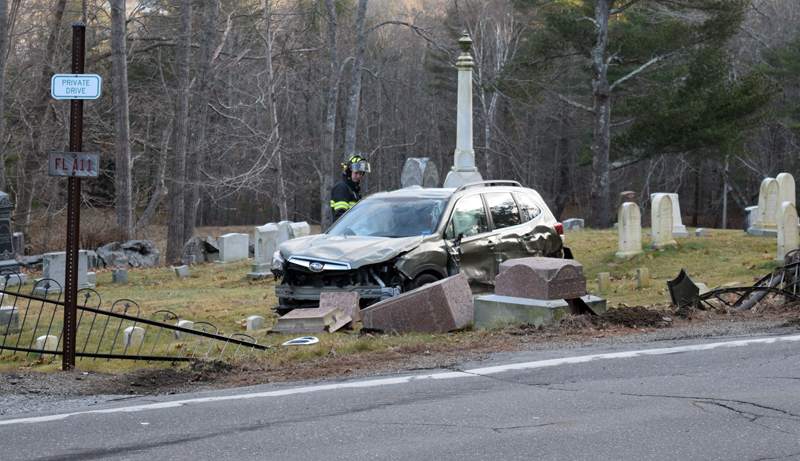 A firefighter investigates a 2020 Subaru Forester in the Glidden Cemetery on River Road in Newcastle following a collision on Dec. 13. (Nate Poole photo)

One juvenile sustained injuries when two vehicles collided on River Road in Newcastle the afternoon on Dec. 13, damaging a number of headstones in the Glidden Cemetery as a result.

A 17-year-old Edgecomb resident was driving a green 2020 Subaru Forester southbound on River Road in the area of Kiln Road when it crossed the centerline and collided with a white 2018 Chevy Equinox travelling northbound operated by Caitlyn Newbegin, 28, of Damariscotta, according to Lt. Brendan Kane of the Lincoln County Sheriff’s Office.

The Forester went off the road into the Glidden Cemetery, toppling a monument and damaging the fence and a few headstones. Both vehicles sustained disabling damage. 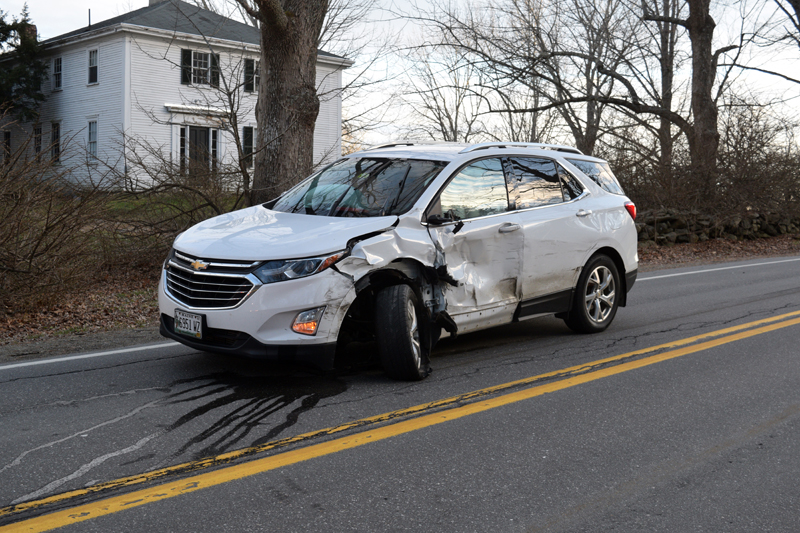 A 2018 Chevy Equinox sits in the northbound lane on River Road just past Glidden Cemetery in Newcastle following a two-vehicle collision on the afternoon of Dec. 13. (Nate Poole photo)

Kane said that speed is believed to be a factor in the crash, but the collision is under investigation, led by Deputy Jonathan Colby. No charges have been filed at this time.

Both drivers wore their seatbelts and airbags deployed in both vehicles.

First responders maintained one-lane, alternating traffic for the duration of the time that they were on scene.